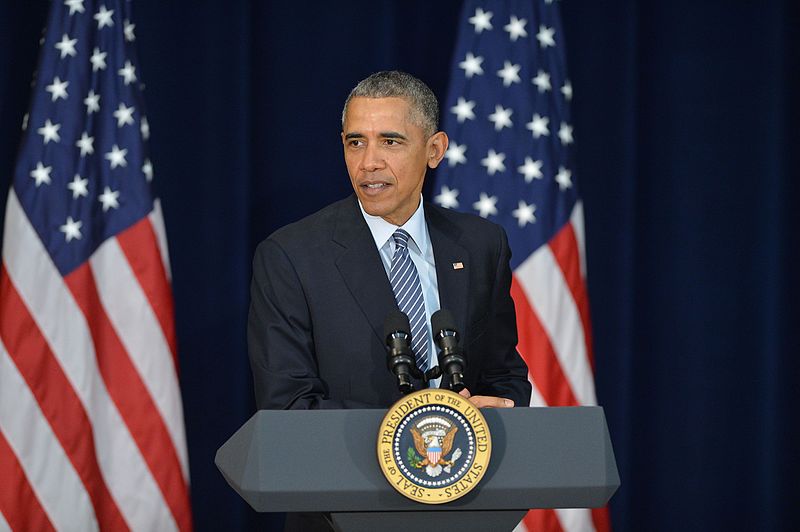 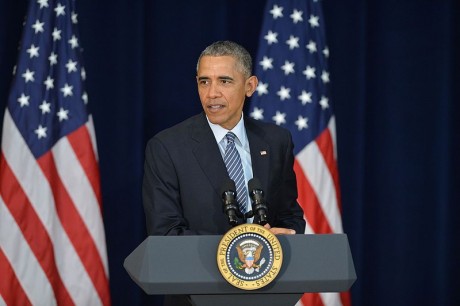 If Donald Trump wins in November, will Barack Obama leave office and hand over power in an orderly fashion? Normally we would not even have to ask such a question, but these are not normal times. This week, Obama publicly stated that Trump “is unfit to serve as President” and that he is “woefully unprepared to do this job“. In addition, he told the press that Trump “doesn’t have the judgment, the temperament, the understanding to occupy the most powerful position in the world.” If Obama really believes those things are true, would he really just stand aside and hand the keys to the White House to Trump?

Never before have I ever heard a sitting president claim that one of the major party candidates could not function as president. But that is what Obama has just done. The following is an excerpt from a transcript of remarks made by Obama earlier this week that comes directly from the official White House website. I have highlighted certain phrases in bold text, because I want you to truly consider the implications of what he is saying here…

But there have been Republican Presidents with whom I disagreed with, but I didn’t have a doubt that they could function as President. I think I was right, and Mitt Romney and John McCain were wrong on certain policy issues, but I never thought that they couldn’t do the job. And had they won, I would have been disappointed, but I would have said to all Americans they are — this is our President, and I know they’re going to abide by certain norms and rules and common sense, will observe basic decency, will have enough knowledge about economic policy and foreign policy and our constitutional traditions and rule of law that our government will work, and then we’ll compete four years from now to try to win an election.

But that’s not the situation here. And that’s not just my opinion; that is the opinion of many prominent Republicans. There has to come a point at which you say, enough.

Earlier today, I came across an outstanding article by Joseph Farah of WND in which he summarized the claims that Obama was making against Trump…

This is some extremely strong language, and I truly wish one of the reporters at the press conference would have asked one incredibly important follow up question.

Will Barack Obama try to stay in office if Donald Trump wins the election?

In his article, Joseph Farah raised the same issue…

If no one else will ask the question, I will: “Mr. President, if Donald Trump wins the election to become the next president of the United States, will you willingly and peacefully leave office and cooperate fully with the transition of power the way all of your predecessors in the White House have done in the past?”

It’s a simple question that needs to be asked and answered – given Obama’s highly inflammatory rhetoric over the last week.

Like Farah, I believe that it is a fair question.

If Barack Obama truly believes all of the things he said about Donald Trump, does he also believe that he has a responsibility to keep Donald Trump from taking office?

Absent a major national emergency of some sort, this would be very difficult for Obama to do. But if there were some sort of enormous national crisis between now and next January, Barack Obama could potentially employ some of the extraordinary emergency powers that have been endowed on the office of the president over the past several decades.

There is not a single statute, regulation, executive order or presidential directive that contains all of the powers that a president would possess during a major national emergency. Rather, these powers have been layered on top of one another for a very long period of time, and they come from literally dozens of different laws, regulations, court decisions, executive orders and presidential directives.

One document that I would refer you to is National Security Presidential Directive 51 which was put into effect during the Bush administration. It is all about “national continuity policy” and it defines a “catastrophic emergency” as “any incident, regardless of location, that results in extraordinary levels of mass casualties, damage, or disruption severely affecting the U.S. population, infrastructure, environment, economy, or government functions”.

Let us hope that we never see such a thing play out in the United States of America.

For the moment, there is not much of a threat that Obama will try to stop Trump from taking office because Hillary Clinton has jumped out to a huge lead in the latest McClatchy-Marist poll…

When third-party candidates are included, Clinton’s lead held strong. She had 45%, and Trump had 31%, Libertarian candidate Gary Johnson had 10% and Green Party candidate Jill Stein had 6%.

And the latest NBC News/Wall Street Journal poll found that Clinton is leading Trump by a 47 percent to 38 percent margin.

One thing that I found interesting about both of these polls is that they show two third party candidates gaining ground. The NBC News/Wall Street Journal poll had Gary Johnson with 10 percent support and Jill Stein at five percent.

Jill Stein is still behind Johnson at this point, but she is potentially the much stronger candidate. If she starts to catch fire with Bernie Sanders supporters, she could possibly even hit the 15 percent threshold for being invited to participate in the upcoming presidential debates.

And Donald Trump certainly needs something to change about this race, because right now he is really struggling.

But there is a long way to go until November, and as we have seen, anything is likely to happen in this election cycle.