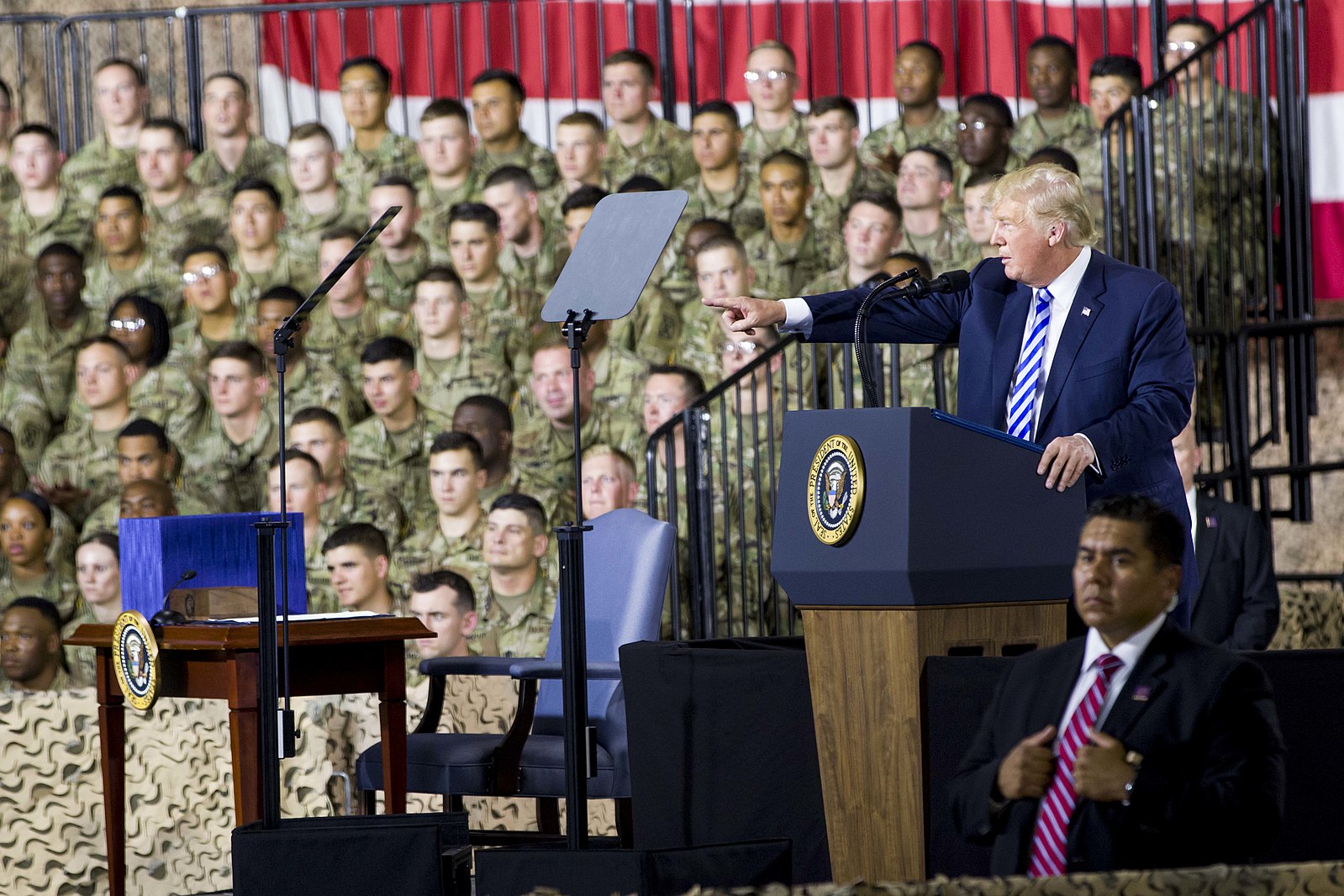 Instead of “collusion with Russia”, will the mainstream media soon be buzzing about a potential war with Russia?  The Trump administration and the Russian government are currently engaged in a very heated war of words regarding the deteriorating situation in Venezuela, and at this point it is difficult to see how this crisis will end well unless one side is willing to back down.  The Russians are backing current president Nicolas Maduro, and as you will see below, they now have troops on the ground in the country.  That absolutely infuriated President Trump, because it greatly complicated his plans for regime change in Venezuela.  He told the press that Russia must “get out” and that “all options are open” as far as accomplishing that goal.  In other words, President Trump is actually threatening Russia with military force if they refuse to pull their troops out of the country.

Of course the Russians are not going to do that.  They have been strongly speaking out against the possibility of U.S. military intervention, and they seized the upper hand strategically when they were able to get boots on the ground in Venezuela over the weekend…

One flight tracking website shows two aircraft left a Russian military base for the Venezuelan capital Caracas on Friday, with a further jet leaving on Sunday.

The arrival of the military jets was confirmed by Javier Mayorca, an independent journalist, who said an Antonov-124 cargo plane and a smaller jet touched down late on Saturday.

He said approximately 100 soldiers – led by General Vasily Tonkoshkurov, who is head of the Mobilization Directorate of Russia’s armed forces – was also seen, as well as 35 tons of equipment.

Having the backing of the Russian military greatly, greatly strengthens Maduro’s position, and it is going to be much more difficult for the Trump administration to get rid of him now.

In recent public statements, Russian officials have made it exceedingly clear that they will not tolerate U.S. military intervention in Venezuela, and they underscored that point by sending in troops.

In response, U.S. Secretary of State Mike Pompeo is warning that the U.S. “will not stand idly by as Russia exacerbates tensions in Venezuela”…

The influx of Russian forces, reportedly with intelligence officers among them, prompted U.S. Secretary of State Mike Pompeo to call his Russian counterpart on Monday and warn him, “that the United States and regional countries will not stand idly by as Russia exacerbates tensions in Venezuela.”

Okay, so what does “not stand idly by” actually mean?

When asked by reporters for specifics on the situation in Venezuela, this is what President Trump had to say…

“Russia has to get out,” Trump told reporters in the Oval Office, where he met with Guaido’s wife, Fabiana Rosales.

Asked how he would make Russian forces leave, Trump said: “We’ll see. All options are open.”

But Russia is not going to get out of Venezuela.

So either Trump will have to back down, or he will have to risk a full-blown war with Russia by taking military action.

Yes, we have actually reached that point.

On a note that may or may not be related, the U.S. Army has just placed an order for 167,195 assault rifles…

The Army Contracting Command-New Jersey (ACC-NJ) has issued a pre-solicitation to the defense industry, on behalf of Project Manager Soldier Weapons (PM-SW), for the request to procure 167,195 M4/M4A1 Carbines to be manufactured exclusively within the United States or its Territories.

The M4/M4A1 carbines provide a shorter and lighter variant of the M16A2 assault rifle to the United States Armed Forces. The lightweight assault rifle fires 5.56×45mm NATO ammunition from a 30-round magazine and has semi-automatic and three-round burst firing modes.

Is this just a routine order, or does someone anticipate that our troops will be doing some fighting soon?

Whether military action is coming in the short-term or not, it is clear that the U.S. intends to continue to increase the pressure on Maduro.  President Trump met with Juan Guaido’s wife on Wednesday, and the day before another crippling power outage paralyzed much of Venezuela…

Venezuelans reacted with despair and resourcefulness on Tuesday as nationwide power cuts closed schools and businesses, paralyzing a nation that was only starting to recover from its worst blackouts earlier this month.

The new outages, which began Monday, forced people to follow now-familiar routines: scour neighborhoods for food and water in the few shops that were open or seek out the few spots where they could find a signal on their mobile phones and get in touch with family and friends.

Now that the Mueller investigation is over, hopefully there will be a vigorous national debate about our policy regarding Venezuela, because the American people deserve to know what another war would cost us.

A war in Venezuela would be far more complicated and far more difficult than our wars in Iraq and Afghanistan.  Just consider Ron Paul’s assessment of such a conflict…

So is President Trump about to attack Venezuela? At a recent US House hearing, one of the expert witnesses testified that such an invasion would require between 100,000 and 150,000 US troops, going up against maybe three times that number of Venezuelan troops in a country twice the size of Iraq. With a lot of jungle. All for a “prize” that has nothing to do with US security. If the president makes such a foolish move he might find the current war cheerleaders in the Democrat Party changing their tune rather quickly. Let’s hope Trump changes his tune and returns to his promises of no more regime change wars.

On top of all that, an invasion of Venezuela would risk sparking a full-blown war with Russia.

It would be a foreign policy mistake of epic proportions, and we must not do it.

Without a doubt, the situation in Venezuela is heartbreaking, and we should all hope for their economy to be restored.

But this is something for the people of Venezuela to sort out.  As I have repeatedly stressed, the U.S. cannot be the police of the world, and the U.S. military should not be used to overthrow governments just because we do not like who is currently running things.

If we are going to ask young American men and women to shed their blood and sacrifice their lives, it had better be for a really, really, really good reason, and regime change in Venezuela definitely does not qualify.