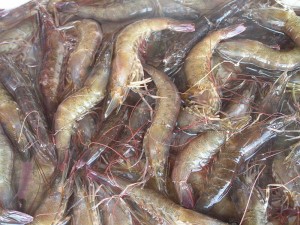 Most Americans are eating significant amounts of feces on a regular basis without even realizing it.  You might not mind this, but most people out there would not willingly eat feces if they could avoid it.  Not only is it disgusting, but feces is also a breeding ground for all kinds of dangerous diseases.  Unfortunately, as a result of the never ending quest to cut prices even lower more of our food is being imported from overseas than ever before.  Many of those countries do not have the same health standards that we do in the United States.  In fact, many farmers in those countries actually feed feces to their fish and to their animals since it is so inexpensive.  If you are eating seafood that was imported from Asia, there is a very good chance that it was raised on pig feces.  Not only that, the truth is that a lot of the poultry that comes from Southeast Asia is also raised on pig feces.  The FDA has rejected thousands of food shipments from Asia in recent years due to fecal contamination, but the FDA inspects less than 3 percent of all imported food.  So what are we to conclude about the other 97 percent of all food imports that the FDA did not inspect?

A recent Bloomberg article entitled “Asian Seafood Raised on Pig Feces Approved for U.S. Consumers” explained that much of the seafood that is imported to the United States from Asia is actually raised on pig feces.

About 27 percent of the seafood Americans eat comes from China — and the shipments that the FDA checks are frequently contaminated, the FDA has found. The agency inspects only about 2.7 percent of imported food. Of that, FDA inspectors have rejected 1,380 loads of seafood from Vietnam since 2007 for filth and salmonella, including 81 from Ngoc Sinh, agency records show. The FDA has rejected 820 Chinese seafood shipments since 2007, including 187 that contained tilapia.

If the FDA has found such widespread contamination in seafood coming from Asia in recent years, shouldn’t something be done about it?

If nothing is done, Asian seafood companies will continue to send us boatloads of seafood contaminated with feces knowing that there is more than a 97 percent chance that a particular shipment will not be inspected.

According to Michael Doyle, a microbiologist from the University of Georgia, using feces to feed fish and shrimp is quite common in Asia.  Many fish and shrimp that we eat spend their entire lives swimming around in a disgusting pool of animal feces…

It said most of the cases of contamination involving imported food in the U.S. are related to exposure to fecal matter. The group cited how, in Thailand, chicken coops with as many as 20,000 birds are often suspended in rows above ponds used for farming shrimp and fish. The sea life feeds on the chicken waste that falls in the water.

In an interview, Doyle said food producers in China regularly use untreated human and animal waste for feeding farmed fish meant for eating and for fertilizing land to grow produce.

“(Feces) is the primary nutrient for growing the tilapia (in China),” he said.

According to the UN Food and Agriculture Organization, pig manure is also often fed to poultry and sheep in Southeast Asia as well…

Pig manure is important in the pig-vegetable-fish-duck chain that is common in Southeast Asia. The integrated system has long profitably used by Chinese farmers (ref. 306).

Swine manure contains over 20% crude protein. Because of this high content of crude protein, dried fresh swine manure has been used in experimental work as poultry feed with no adverse effects on either meat or eggs. The same product has been used to advantage in pig finishing rations at the 15% level. It has also been included in sheep rations at the level of 40% (in pellets) with good results.

They say that you are what you eat.

Do you really want to eat something that has been constantly feeding on pig poop?

But feces is not just a problem in imported food.

And there are many other ways that our food becomes contaminated with feces.  The following is from an article that describes other ways that feces may be getting into the meat that we eat…

Slaughterhouse workers or more often machines take the hides off cattle. If workers cut the hides off by hand, they can spread feces to the meat if their knives touch the hides or tails and aren’t sanitized before touching the exposed meat again. Hide—removing machines may fling feces off the hides and onto exposed meat.

If workers accidentally break an animal’s gastrointestinal tract while removing it, feces or vomit may contaminate the meat. In beef and pork, each end of the tract needs to be sealed off with plastic to keep the contents from leaking out. Workers or tools can accidentally contaminate meat during this process.

After chickens are slaughtered, the birds are often chilled in cold water rather than in refrigerators. Feces and the pathogens in them can spread from bird to bird through the water.

Are you getting hungry yet?

But not all farmers feed poop to their animals.  Others feed them candy, sugar snacks and expired food.  The following is from a recent article by Ethan A. Huff….

The Vancouver Sun reports via Reuters that a whole new “alternative” feed market is emerging out of the ongoing crop crunch, as farmers all across the U.S. are running out of common feed options for their herds. Because corn-based feeds are now too expensive or simply unavailable, feedlot operators in Indiana, North Dakota, and elsewhere are buying leftover candy scraps, pastries, extruded cereals, gummy snacks, and even food waste to feed to their cows, which end up directly fueling the production of conventional meat and dairy products sold nationwide to American consumers.

No wonder so many Americans are deciding that it is worth it to pay more for organic food these days.

Even if you avoid all meat completely that does not mean that you are safe from fecal contamination either.  For example, according to CNN one study found that nearly half of all soda fountain machines in one area of Virginia were contaminated by fecal material…

It fizzes. It quenches. And it could also contain fecal bacteria.

Nearly half of the 90 beverages from soda fountain machines in one area in Virginia tested positive for coliform bacteria — which could indicate possible fecal contamination, according to a study published in the January issue of International Journal of Food Microbiology.

So will the day eventually come when they will try to directly feed us feces?

Unfortunately, that day may be closer than you may think.  In Japan, they are already working on a method to create “meat” out of human feces.

Yes, I know that this is hard to believe.  The following comes from an article posted on DailyTech.com…

The Tokyo Sewage service in Japan serves over 13 million people over approximately a 2,200 square kilometer area.  It approached Mitsuyuki Ikeda, a researcher from the Okayama Laboratory, with an unusual problem — it had too much “sewer mud” (also known as human excrement).

It turns out human excrement is a breeding ground for scores of bacteria.  So Mr. Ikeda cooked up an unusual solution — make food  out of the feces.

The first step is to cook the bacteria, killing them, and to extract their proteins via separation techniques according to Yahoo News.  Soy protein is added to enhance the flavor.  The meat mixture travels to a “reaction enhancer” (likely a chemical reactor of some sort) where it turns into a textured “meat” and is then extrude through an “exploder”.

The delicious “steak” is even finished with red food color to give it a comforting hue.  Mr. Ikeda claims that in initial testing people found the feces steak to taste somewhat like beef.

So would you mind eating a feces “steak”? 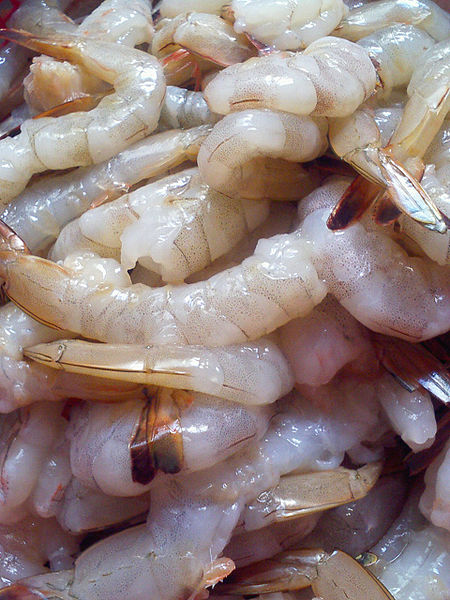