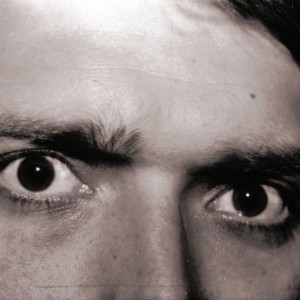 America has just about reached a new milestone – we currently have close to three quarters of a million registered sex offenders in this country.  According to the National Center for Missing & Exploited Children, there are 747,408 registered sex offenders in the United States right now.  And those are just the ones that have been caught and convicted.  How many more sickos are running around out there that we don’t even know about?  This isn’t just a problem – this is a national epidemic of unprecedented proportions.  Once upon a time in America, you could let your children run around the neighborhood and play without giving it a second thought.  But now you have to watch your kids like a hawk because there are literally millions of twisted individuals out there that would love to get their hands on them if they could.  We have become a nation that is absolutely obsessed with sex, and it is destroying us.

These days, you don’t have to work for a major news organization to “catch a predator”.  In fact, one father up in Michigan recently caught a 22-year-old man with condoms in his pockets coming over to have sex with his 13-year-old daughter.  Yes, you read that correctly.  Fortunately, the father intervened and captured the young man.  He even took a video of this young man confessing what he had intended to do…

But of course that is far from an isolated incident.  Just check out these statistics about sex offenders in the United States…

-There are 747,408 registered sex offenders in the United States today.

-There are 106,216 registered sex offenders in the state of California alone.

–Close to nine out of every 10 sex crimes are committed by individuals that do not have any record of ever committing a sex crime before.

–18 percent of all women in the United States say that they have been raped at some point in their lives.

–More than 50 percent of all rapes take place within one mile of the home.

–43 percent of all rapes take place between 6 PM and midnight.

-Teens that are in the 16 to 19 year old age bracket are 3 1/2 times more likely than the general population “to be the victims of rape, attempted rape or sexual assault.”

-Approximately 20 percent of all child sexual abuse victims in the United States are under the age of 8.

-It is estimated that one out of every four girls will be sexually abused before they become adults.

Unfortunately, most of the time we never even hear about what is happening in the dark corners of America.  When someone does shine a light on the filth once in a while, it can be absolutely shocking…

Is there any punishment that is too harsh for those that would treat children like that?

Unfortunately, this kind of thing is becoming increasingly common.

People seem to be getting sicker and more twisted with each passing year.

Well, a major factor is what we have been feeding into our minds…

-An astounding 30 percent of all Internet traffic now goes to adult websites.

–70 percent of all men in the 18 to 24 year old age bracket visit at least one adult website each month.

-Law enforcement officials estimate that about 600,000 Americans and about 65,000 Canadians are trading dirty child pictures online.

-It has been estimated that 89 percent of all pornography is produced in the United States.

When we put garbage in, we get garbage out.

In this kind of moral environment, some men will actually jump into septic tanks full of human excrement and wait there hoping to get a glimpse of something…

Peeping Toms are always creepy in that they covertly observe victims against their will and without their knowledge. But these antics become ever more troubling when certain voyeurs take extraordinary actions to engage in and fulfill their twisted and secretive conquests. Take, for instance, the allegations against Kenneth Webster Enlow, 52, a purported peeping Tom who reportedly hid inside a septic tank and stared up at women from beneath public toilets.

Yes, you read that correctly. After being discovered underneath a public restroom, Enlow has been charged with a peeping Tom complaint. He was caught in Tulsa County, Oklahoma, after a woman took her 7-year-old daughter to the bathroom at a local park.

When the got inside the bathroom, the mother and daughter duo were in for a surprise. Enlow was allegedly staring up at them from inside the toilet.

Is this the way that we want to live?

Oh, but if you even mention words like “morality” and “purity” people look at you like you are crazy.

We have more than 747,000 registered sex offenders running around in this country, but we are told that there is nothing wrong with the moral compass of the American people.

What do you believe the solution to this problem is? 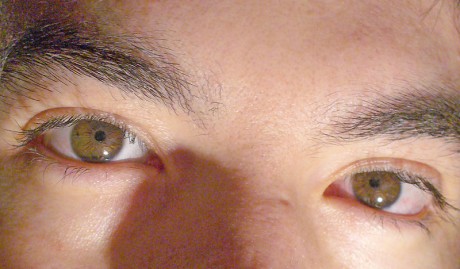