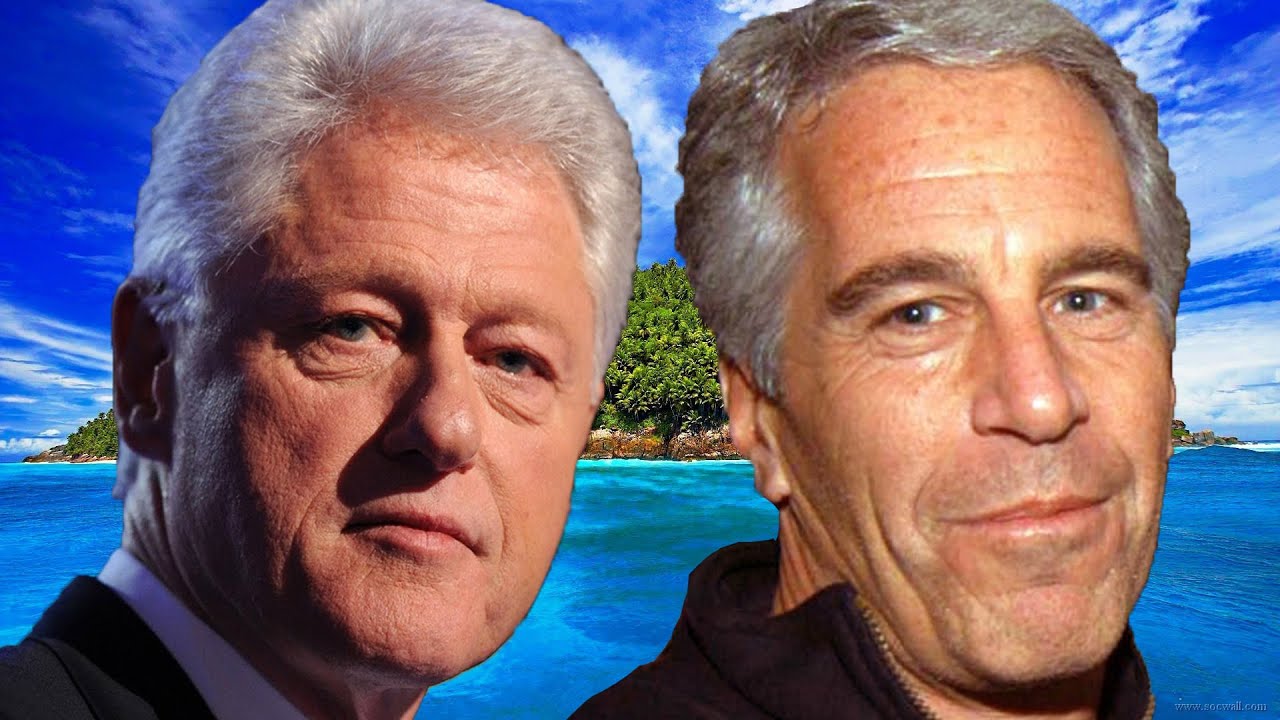 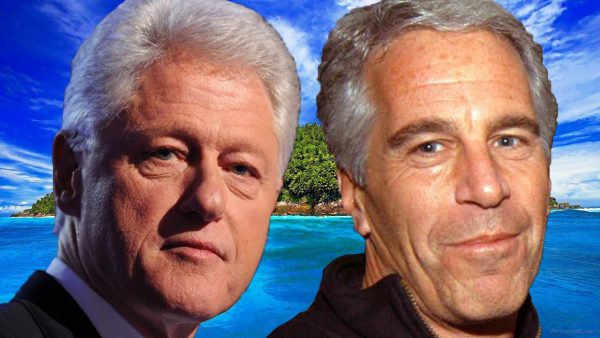 Are we about to see some of the biggest names from Hollywood, Wall Street and Washington actually go to prison?  As I discussed in the first part of this series, the prosecution of Jeffrey Epstein has the potential to erupt into the biggest scandal that America has ever seen.  The U.S. Attorney’s Office for the Southern District of New York intends to put Epstein away for the rest of his life, and the only hope that Epstein has of ever tasting freedom again is to cooperate with the prosecutors.  That would mean giving up everything that he knows about all of his famous friends, and the end result would be big name after big name going to prison.  For years, Epstein hosted wild parties at his homes all over the world where his famous guests would have sex with underage girls.  For years, Epstein would fly his famous friends on his private plane to his very secluded private island where his famous friends would have sex with underage girls without having to worry that they would be caught.  And according to Miami Herald investigative reporter Julie Brown, sometimes Epstein’s famous friends would call him up and let him know what hotel they were staying at so that he could send a girl over…

‘We don’t know how deep this went, how far reaching it went in government but there’s been a lot of people that I could see their names on these message pads, as part of the evidence, these message pads where they would call Epstein and leave messages such as, “Oh, I’m at this hotel”.

‘Why do you do that except that you’re expecting him perhaps to send a girl to visit you at your hotel? So there’s probably quite a few powerful and important people who are sweating it out right now,’ Brown said.

We are talking about evil on a scale that is difficult to even talk about.

Of course not everyone that ever socialized with Jeffrey Epstein was involved in committing sexual crimes.

And we should allow the legal process to play out before we presume that anyone in particular is guilty.

But based on the evidence that was presented when Epstein was previously found guilty in 2008, we know a tremendous amount about the crimes that were committed at his homes, on his plane and on his private island.

Epstein’s little black book and flight logs read like a virtual Who’s Who: Bill Clinton, Donald Trump, Larry Summers, Kevin Spacey, Prince Andrew, and Naomi Campbell all hitched rides on Epstein’s private planes. Socialites and distinguished scientists went to visit Epstein’s island in St. Thomas, and cavorted at epic dinner parties at his palatial townhouse—then the largest privately owned residence in New York, as he liked to brag. There, they picked at elaborate meals catered by celebrity chefs like Rocco DiSpirito, marvelled at Epstein’s opulent decor, and noted the pack of very, very young model-types with whom Epstein always seemed to surround himself.

Once again, that doesn’t mean that all of those individuals were involved in committing sex crimes.

Without a doubt, many famous people simply socialized with him because he was a very prominent and very wealthy member of New York society.

But it appears likely that at least a few of his friends will be implicated in the coming days.  Here are some more of the big names that were found in Epstein’s black book…

Of course there are two names that people all over America are buzzing about right now.

For years, many Republicans have been frustrated that Bill Clinton has never been held accountable for the crimes that he may or may not have committed during his extremely close friendship with Jeffrey Epstein.  According to Fox News, Epstein’s private plane was “reportedly outfitted with a bed where passengers had group sex with young girls”, and flight logs show that Clinton was a passenger on that plane 26 times…

Former President Bill Clinton was a much more frequent flyer on a registered sex offender’s infamous jet than previously reported, with flight logs showing the former president taking at least 26 trips aboard the “Lolita Express” — even apparently ditching his Secret Service detail for at least five of the flights, according to records obtained by FoxNews.com.

Clinton’s presence aboard Jeffrey Epstein’s Boeing 727 on 11 occasions has been reported, but flight logs show the number is more than double that, and trips between 2001 and 2003 included extended junkets around the world with Epstein and fellow passengers identified on manifests by their initials or first names, including “Tatiana.” The tricked-out jet earned its Nabakov-inspired nickname because it was reportedly outfitted with a bed where passengers had group sex with young girls.

On the other side, many Democrats are salivating at the prospect that President Trump could somehow be dragged into this scandal.

According to Bloomberg, Trump and Epstein frequently socialized with one another in the old days…

The financier was a member of Trump’s Palm Beach club, Mar-a-Lago, and the men dined at one another’s homes. Trump flew on Epstein’s plane at least once. According to Brown, Epstein is quoted in court papers as saying he wanted to set up his modeling agency – which prosecutors believe he used to get access to underage girls – “the same way Trump set up his modeling agency.”

“I’ve known Jeff for fifteen years. Terrific guy,” Trump told New York magazine in 2002. “He’s a lot of fun to be with. It is even said that he likes beautiful women as much as I do, and many of them are on the younger side.”

It should also be noted that an unidentified woman filed a lawsuit against Trump during the 2016 presidential campaign in which she claimed that Trump assaulted her “at a party at Epstein’s Upper East Side townhouse in Manhattan”.  That lawsuit was later dropped, and we haven’t heard anything about that matter since.

In addition, Democrats are also making a huge deal out of the fact that Trump’s Secretary of Labor played a key role in the sweetheart deal that Epstein received in 2008…

Alexander Acosta, who is now President Donald Trump’s labor secretary, was the U.S. Attorney for the Southern District of Florida in 2008 and he supervised the group of lawyers that forged the Epstein deal. Members of Acosta’s team from that period have said that they lacked the evidence to prove Epstein had violated federal law and did as much as they could to see that justice was served. But Julie Brown, a Miami Herald reporter, published a series of stories last fall that raised questions about Acosta’s independence and prompted the new federal probes of the U.S. Attorney’s office in Miami.

Needless to say, there are going to be lots of calls for Acosta to resign.

On the the other hand, Republicans are pointing out that President Trump was extremely cooperative when Epstein was being investigated the first time around.

Florida attorney Bradley Edwards represented one of Epstein’s key accusers during that period of time, and he only had good things to say about Trump…

Edwards: The only thing that I can say about President Trump is that he is the only person who, in 2009 when I served a lot of subpoenas on a lot of people, or at least gave notice to some pretty connected people, that I want to talk to them, is the only person who picked up the phone and said, let’s just talk. I’ll give you as much time as you want. I’ll tell you what you need to know, and was very helpful, in the information that he gave, and gave no indication whatsoever that he was involved in anything untoward whatsoever, but had good information. That checked out and that helped us and we didn’t have to take a deposition of him in 2009.

Also, it is being widely reported that Trump actually banned Epstein from his Mar-a-lago resort after Trump “caught him hitting on a young girl”…

In January 2016, Vice.com ran Silverstein’s story on Trump’s ties to Epstein, which framed them as more social – including dinner parties, two plane trips, and Epstein hanging out at Trump’s Mar-a-lago resort in Palm Beach, Florida. As Radar reported last April, “According to an investigation by Radar, Trump was among dozens of renowned New Yorkers who knew Epstein socially but ostracized him after Palm Beach police uncovered the financiers sleazy double life,” adding that Trump “once barred child molester Jeffrey Epstein from his famed Mar-a-lago club after the presidential candidate caught him hitting on a young girl.”

As this drama plays out, much of the focus in the mainstream media will be on Trump and Clinton, but there are dozens of other big names that had very close ties to Epstein.

In the end, we will see what directions the U.S. Attorney’s Office for the Southern District of New York wants to take this investigation.  Perhaps they will ultimately decide to concentrate solely on Epstein and disregard the crimes of his famous friends.  I don’t think that is going to happen, but it is definitely a possibility.

We live at a time when the integrity of our entire system is being called into question, and the entire world is going to be watching this case very carefully.

Will justice finally be served for Epstein and for those among his friends that also abused underage girls?

Let’s hope so, because that would go a long way toward restoring faith in our deeply broken system of justice.