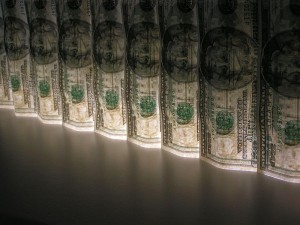 John Williams is not the only one doing research into these inflation numbers.  According to the American Institute for Economic Research, the real rate of inflation was about 8 percent last year.  The following is an excerpt from a story that was recently posted on the website of Pittsburgh’s NPR news station….

The federal government says that consumer prices rose moderately last year, but if you think the cost of everyday purchases increased more than that, then you’re probably right according to the American Institute for Economic Research (AIER).

The Bureau of Labor Statistics’ Consumer Price Index (CPI) was up 3.1% in 2011. However, AIER’s Everyday Price Index (EPI) indicates most Americans saw their day-to-day costs increase by 8%. That’s because the EPI excludes housing, automobiles, furniture, appliances and other items purchased occasionally.

So what are we supposed to believe?

Anyone that buys food on a regular basis knows that food prices have been going up significantly over the past couple of years, and because of the current drought things are about to get a whole lot worse.

In particular, the drought is expected to send meat prices much higher over the next 12 months.  The following is from a recent Reuters article….

The worst drought to hit U.S. cropland in more than half a century could soon leave Americans reaching deeper into their pockets to fund a luxury that people in few other countries enjoy: affordable meat.

Drought-decimated fields have pushed grain prices sky high, and the rising feed costs have prompted some livestock producers to liquidate their herds. This is expected to shrink the long-term U.S. supply of meat and force up prices at the meat counter.

Some analysts are projecting that we could see food prices rise by 14 percent or more over the next year.

So you might want to start clipping more coupons, because a trip to the supermarket is about to become even more painful on the wallet.

Water bills have also been steadily rising all over the country.  According to a study conducted by USA Today, some Americans have seen their water bills triple over the past 12 years….

While most Americans worry about gas and heating oil prices, water rates have surged in the past dozen years, according to a USA TODAY study of 100 municipalities. Prices at least doubled in more than a quarter of the locations and even tripled in a few.

So what is causing water prices to skyrocket?

The following are the reasons given by USA Today….

The trend toward higher bills is being driven by:

— The cost of paying off the debt on bonds municipalities issue to fund expensive repairs or upgrades on aging water systems.

— Increases in the cost of electricity, chemicals and fuel used to supply and treat water.

— Increased security safeguards for water systems since the 9/11 terror attacks.

Unfortunately, one of the experts USA Today interviewed said that we can expect water bills to rise between 5 percent and 15 percent a year moving forward.

Of course the price of gasoline has also become absolutely outrageous.  It has doubled since Barack Obama entered the White House, and the average American household spent more than $4000 on gas last year.

Sadly, some analysts are warning that the supply problems in California may last until November.

Hopefully this is a reminder to all of us of just how vulnerable our economic infrastructure can be.  If temporary refinery problems can cause this kind of chaos, what would a major crisis do?

But despite all of the evidence to the contrary, Federal Reserve Chairman Ben Bernanke continues to insist that prices are very stable right now.

In fact, one of the reasons why he says that more money printing (“quantitative easing”) is okay is because we are in a “low inflation” environment at the moment.

But it will cause the prices of the things that we buy on a regular basis to go up even more.

Well, perhaps we can avoid paying higher prices for things by having the government give them to us for free.

That is what some Americans are doing.

There are some Americans out there that have absolutely no shame at all and will squeeze as much free stuff out of the government that they can.  For example, one woman in Baltimore has actually accumulated 30 free “Obamaphones”.  The video below explains how she has been able to get 30 free cell phones all paid for by the U.S. government…. 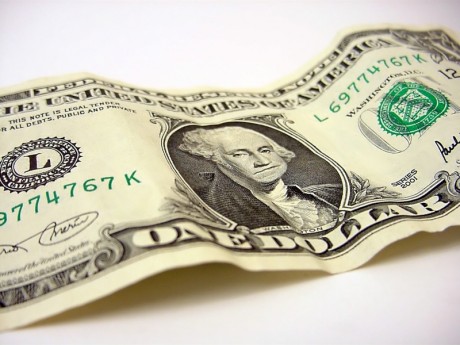