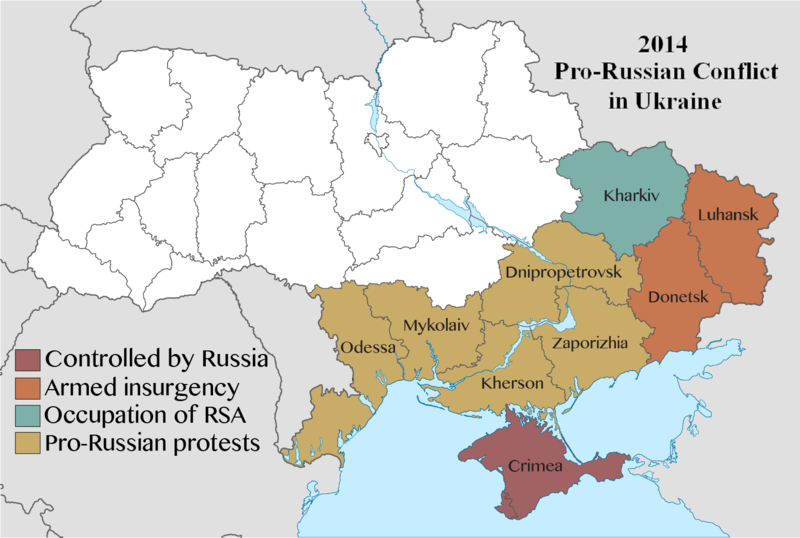 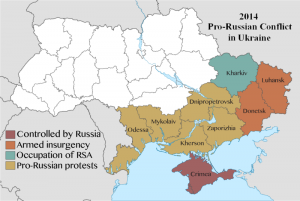 Every time the Kiev government conducts another airstrike or lobs more artillery shells into a city in eastern Ukraine, it loses more hearts and minds among the citizens of eastern Ukraine.  The brutal civil war in Ukraine has created a horrific humanitarian crisis in the eastern half of the country, and at this point there seems to be little hope that the nation will ever be peacefully reunified.  This suits Russia just fine, because the Russians are getting exactly what they want without having to take any military action.  Eastern Ukrainians were pro-Russian even before this civil war began, but with each passing day anti-Kiev sentiment is rising in the areas where the fighting is raging.  Every “anti-terrorist operation” is just pushing eastern Ukrainians even further into the waiting arms of Russia.  Many have wondered why Russia hasn’t gone ahead and invaded Ukraine, but the truth is that the Russians are already achieving their most important strategic goals without even firing a shot.

Acting Ukrainian President Petro Poroshenko recently said that “Ukraine is in a state of war“, and that was not an overstatement.  Fierce military battles are being fought all over eastern Ukraine right now.  The following is an excerpt from one recent article about the fighting…

An intense military operation is underway in the town of Artemovsk in Ukraine’s eastern Donetsk region, a local militia headquarters spokesman told Interfax on Thursday. “The village of Zakatnoye, the town of Seversk and the outskirts of Artemovsk have come under fire. Militiamen are firing in response. Fierce fighting is underway using heavy military hardware on the part of Ukrainian government forces,” the spokesman said.

According to the local militia, “a Su-25 fighter bomber that conducted an airstrike against the town of Seversk has been hit by the militia’s fire, but it is still in the air.

As the fighting has raged, it has created a horrific humanitarian crisis unlike anything that Ukraine has experienced in decades…

Continued combat and army artillery fire have knocked out both water and electricity supplies.

“Almost all medical facilities are closed,” the Donetsk Region’s local administration said in a statement. “Ambulances do not respond to calls due to a lack of fuel.”

In addition, hospitals are not working in Donetsk, Kramatorsk, Slavyansk and a number of areas in the Slavyansk district.

Thousands of people have neither tap nor drinking water supplies as pumping stations were damaged in previous fighting between Ukrainian troops and anti-government self-defense forces.

“They’ve bombed everything,” a local woman told RT. “There’s no electricity, no water, no money, no work, nothing. We don’t know what to do. We’re not leaving, we want to live on this land.”

“Please help us,” said another woman. “Something must be done, we’re being killed in Slavyansk.”

The worse things get, the more the people of eastern Ukraine hate the government in Kiev.

For instance, just check out this excerpt from a recent Reuters article…

The military operation has hardened antagonism against the present government that came to power when President Viktor Yanokovich was toppled in February after mass protests in Kiev.

“Our Ukrainian army is not protecting us, instead it is attacking us. Thanks to them I have to flee my own land,” said Larissa Zhuratova, a Slaviansk resident piling onto a bus full of refugees bound for Moscow.

Once the fighting stops, do you think that those people will have any inclination to come back under the authority of the government in Kiev?

According to the Kyiv Post, Ukrainian military forces have been suffering “heavy losses” during this civil war…

The Ukrainian army and National Guard, which have been plagued by inadequate resources, have suffered heavy losses at the hands of pro-Russian militants in recent weeks, raising questions about their ability to stabilize the country’s eastern regions.

In fact, it has been reported that the Ukrainian army lost more than 1,000 troops in a single battle recently.

But the war has been quite brutal for the opposing side as well.  According to USA Today, the forces of eastern Ukraine are “outnumbered” and “outgunned” and are in retreat…

Rebel chief Igor Strelkov, however, said in a statement on YouTube that his men were far outnumbered and outgunned by Ukrainian forces and were likely to retreat from their positions in Yampol and Seversk near Krasnyi Liman. He said the Ukrainian military advance would completely cut rebel supply lines to Slovyansk and issued a desperate plea to the Kremlin for military assistance.

“I hope that they have enough conscience left in Moscow to take some measures,” Strelkov said.

As this civil war in Ukraine has raged, the rest of the world has been watching and waiting to see if Russia will get involved.

“I can confirm that we now see a new Russian military buildup — at least a few thousand more Russian troops deployed to the Ukrainian border — and we see troop maneuvers in the neighborhood of Ukraine,” Rasmussen said in London.

But unless something dramatic changes, I don’t think that Russia will attack.

In the end, this is not a battle for land in eastern Ukraine.

Rather, it is a battle for the hearts and minds of the people of eastern Ukraine.

No matter how this civil war turns out, they are the ones that are ultimately going to decide what the future holds.

And right now, each passing day is pushing them father away from Kiev and much closer to Russia.

Ultimately, that is precisely what Russia wants, and that is the opposite of what the Obama administration was hoping for.