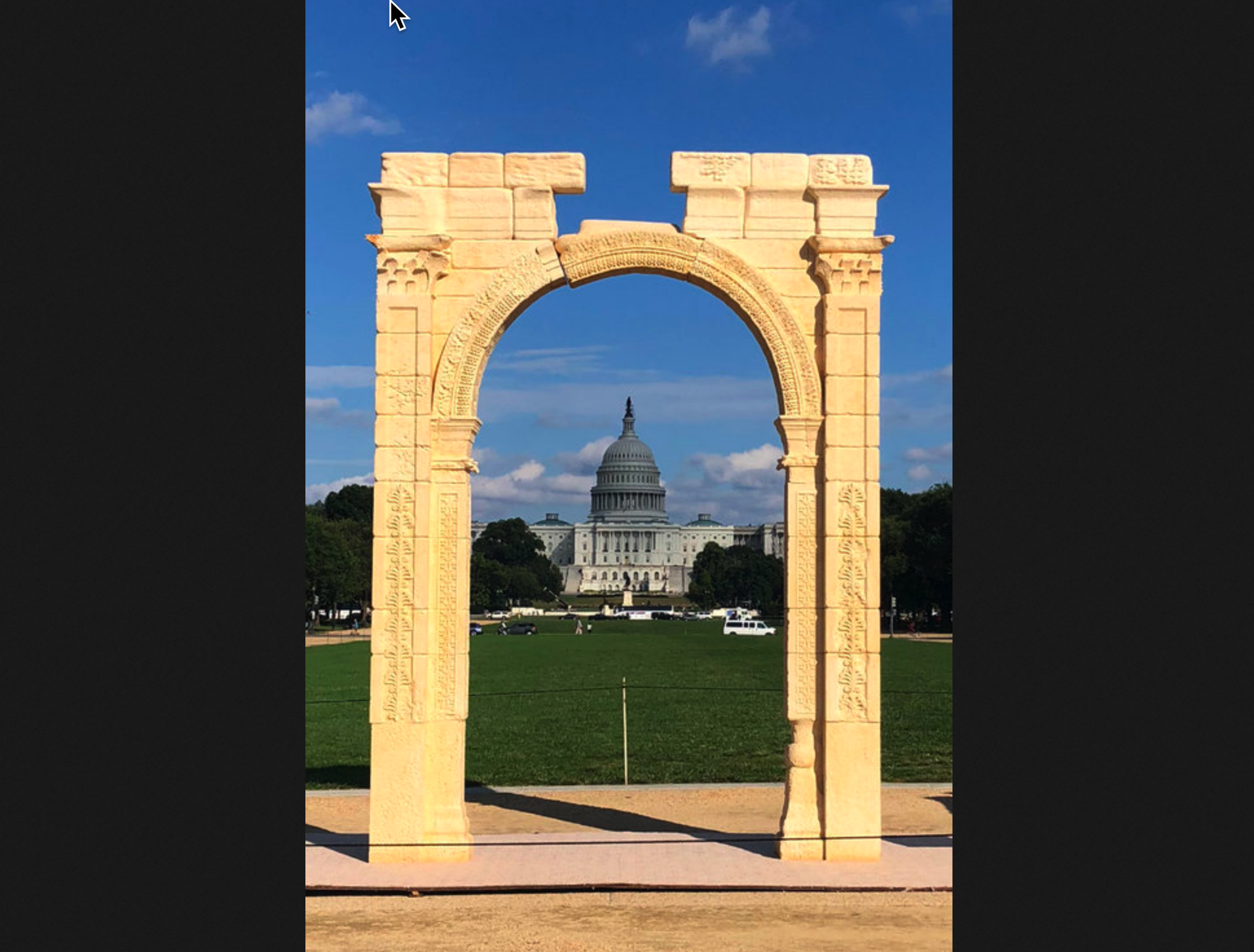 Is it just a coincidence that the “Arch of Baal” has been erected in Washington D.C. on the exact same week that Brett Kavanaugh and Christine Blasey Ford are testifying before Congress?  The future of the U.S. Supreme Court is literally hanging in the balance, and many believe that it is quite odd that this ancient pagan symbol has been put up at this precise moment in time.  According to the official website of the Institute for Digital Archaeology, the Arch of Palmyra was unveiled on the National Mall on September 26th, and it will remain there until September 29th.  You can view a photograph of the arch standing directly in front of the U.S. Capitol building right here.  Just one day after this arch was put up, Brett Kavanaugh and Christine Blasey Ford testified before Congress.  Perhaps this is all just a “giant coincidence”, but things of this importance usually don’t happen by accident.

The elite deeply understand that symbols have power, and the fact that the Arch of Baal has been placed directly across from the U.S. Capitol is highly significant.

Jonathan Cahn, the author of The Paradigm, has pointed out that Baal was a god of power, fertility and child sacrifice.  In this video, he makes a very strong connection between what was going on during the era of Baal worship and what is taking place in America right now.  In the end, the debate over whether or not to confirm Brett Kavanaugh comes down to the issue of abortion, and this vote in the Senate is going to have tremendous implications for the future of our country…

If you are not familiar with the “Arch of Baal”, here is a brief summary from one of my previous articles…

A reproduction of the infamous Arch of Palmyra will be on display in Washington D.C. from September 26th to September 30th. In ancient times, if you wanted to go to the Temple of Baal in Palmyra you had to pass through this arch, and you would also pass through this arch again on your way out. The original arch was destroyed by ISIS in 2015, but it has been reproduced, and the reproduction has been periodically displayed at important locations around the globe. It has been pointed out that an arch is a “gateway”, and many are concerned that erecting this arch may be an open invitation for the entity or entities that were originally associated with this arch.

No other ancient deity is mentioned more often than Baal in the Bible.  And ultimately, the worship of Baal can be traced back all the way to ancient Babylon, which was the center of the very first “New World Order” in ancient times.

Child sacrifice was absolutely central to the worship of Baal.  When it was time for another ceremony, unwanted babies would be gathered and burned alive.  The following comes from an article by Matt Barber…

The natural consequences of such behavior – pregnancy and childbirth – and the associated financial burdens of “unplanned parenthood” were easily offset. One could either choose to engage in homosexual conduct or – with child sacrifice available on demand – could simply take part in another fertility ceremony to “terminate” the unwanted child.

Modern liberalism deviates little from its ancient predecessor. While its macabre rituals have been sanitized with flowery and euphemistic terms of art, its core tenets and practices remain eerily similar.

Have things changed so much since that time?

We are far more clinical about it, but we still terminate our unwanted children.

In fact, we are killing our babies on an industrial scale.

We have murdered far more children than they ever did in the ancient Middle East, and our fate will be the same as theirs if we don’t turn things around as a society.

And now an ancient symbol of child sacrifice has been erected directly across from the U.S. Capitol at the precise moment when the future of the U.S. Supreme Court is hanging in the balance.

Is this just a coincidence?