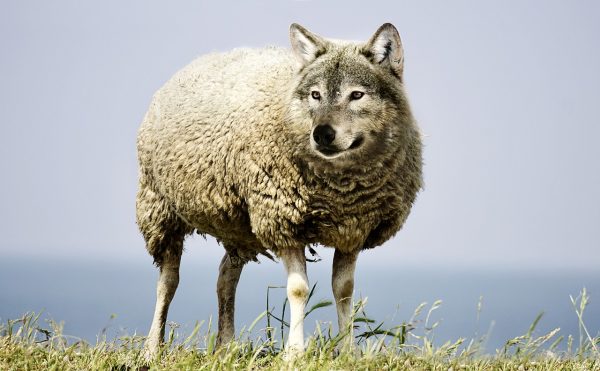 It has often been said that “in a time of universal deceit, telling the truth is a revolutionary act”.  That quote is often attributed to George Orwell, but there isn’t actually any evidence that he ever said it.  But many years from now, people will continue to attribute that quote to Orwell.  It certainly sounds like something he might have said, but it is so important to stick to the facts.  Unfortunately, just about our entire society has become divorced from reality in recent years, and this has been on full display over the past couple of months.  We have witnessed a constant flood of lies from the left, and unfortunately we have also witnessed a constant flood of lies from the right.  As children we were told that “words can never hurt us”, but the truth is that millions upon millions of people have been hurt by all of these lies.  If we ever hope to heal our society, we have got to make a commitment to return to the truth, and that is not going to be easy to do.

As I was thinking about putting together this article, a song that was written by Steve Camp came to my mind.  It is entitled “The Agony Of Deceit”, and these are the lyrics for the chorus…

Let me start my discussion by talking about someone that has been invoking the name of Jesus a lot lately.  Joe Biden and his handlers are constantly touting the fact that Joe Biden is a practicing Catholic, and to be honest he goes to church more than almost anyone that I know.

During his inauguration, he put his hand on a very thick Bible.  In fact, I don’t know that I have ever seen a thicker Bible than that, and I have seen some very thick study Bibles in my time.

There is deception in almost every statement that he makes, but he doesn’t seem ashamed by anything that he has said or done.

Like so many other politicians, he is a great con man, but as time goes on more and more people will catch on to his act.

At this point, the radical left absolutely despises him and they have already started to riot.  Sadly, the civil unrest in this country is only going to get worse as the radical left gets angrier and angrier.

For now, the corporate media is fully behind Biden and they can’t stop saying nice things about him.

But after decades of putting out fake news and after shedding any pretense of objectivity over the past four years, the faith that Americans have in the corporate media is at an all-time low.  The following comes from Axios…

Over time, many Americans have caught on to the fact that the news is essentially the same no matter which channel you are watching.

If you doubt this fact, just watch this video.

Night after night, countless “local news broadcasts” read the exact same scripts which are fed to them from the same centralized sources.

Speaking of scripts, our most prominent politicians are also given direction about what to say.

After all, do you think that it is just a coincidence that so many of them use the exact same phrases and talking points?

It’s a big club, and you ain’t in it. pic.twitter.com/qcnYMlr7o7

It is easy to point out the deceptions of the globalists, but many that are supposedly opposed to the globalist agenda have also been spreading deception.

Ever since October 2017, one particularly insidious deception has spread all over the Internet like wildfire, and now everyone is finally realizing that it was all a hoax from the very beginning.

Of course it didn’t exactly take a genius to figure that out.  The very first two “drops” that were posted in October 2017 were obviously and laughably false…

Drop #1 “claimed that “HRC extradition [was] already in motion effective yesterday with several countries in case of cross border run” with Drop #2 alleging “HRC detained, not arrested (yet)” and that there would be “massive riots organized in defiance and others fleeing the US.”

From the very start I knew that it was a giant hoax, and I couldn’t believe that there were people out there that were stupid enough to believe it.

Sadly, some believed it to the bitter end.  There were some that watched television coverage of the inauguration believing that mass arrests would happen at any moment.

If the “mass arrests” had not happened during the previous four years, why in the world were they going to happen at the very last moment?

The truth is that there is no “plan”.

If you got caught up in that nonsense, snap out of it and stop being an idiot.

There are others that expected a last minute “miracle” at the inauguration because they were following charlatans that convinced large numbers of people that God told them that Donald Trump would still be president.

Those charlatans owe millions of people an apology.

In fact, if you are one of those charlatans and you are reading this article, I would like you to send me a personal apology.  I have been repeatedly called a “doom and gloomer” because I didn’t go along with all the nonsense, and now you have been proven to be dead wrong.

If I sound upset, that is because I am upset.

At this moment, millions upon millions of Americans that got hooked by the deceptions are emotionally shattered.

Even some of my good friends around the country were deceived, and I am going to do what I can to help those friends recover.

The way back starts with the truth.  We must reject and renounce all of the falsehoods, and we need to start focusing on what really matters.

Despite everything that has happened, the truth still stands, and the truth will set you free.