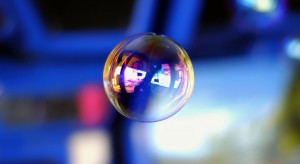 Over the past several decades, the world financial system has produced a seemingly endless series of bubbles.  For example, there was the “dot com bubble”, the “housing bubble” and the “yen carry trade”.  So what bubbles are being created currently?  Well, nobody wants much real estate right now and investors are still a bit wary of the stock market.  Instead, money has been flooding into U.S. Treasuries and into commodities.  In 2010, agricultural commodities have been going crazy, precious metals have been setting records and even the price of oil is now starting to move up.  All over the globe, there is a growing lack of trust in paper currencies, and that is helping to fuel the move towards commodities.  Unfortunately, “the 2010 commodity bubble” is going to have a very real impact on American consumers.  As the prices of wheat, corn, pork and oil continue to rise on world markets, it is inevitable that those price increases will be passed on to the rest of us.

So what statistical evidence is there that we are witnessing a commodity bubble?

*The price of oil has risen approximately 9 percent over the past month.

*The price of platinum has moved up 15 percent this year.

*Palladium has climbed a whopping 49 percent during 2010.

But it just isn’t precious metals and oil that are skyrocketing in price.  In a recent column entitled “An Inflationary Cocktail In The Making“, Richard Benson listed many of the commodity price increases that he has been tracking this year….

But this commodity bubble did not just start developing this year.  As noted in a recent article by Rolling Stone’s Matt Taibbi, the amount of money invested in commodities exploded from $13 billion to $317 billion between 2003 and 2008.

That is almost an unimaginable increase.

Once upon a time, companies bought wheat or sugar on the open market because they needed those things.  Now they have become speculative investments.

So what is fueling all this?

Well, to a large degree the stunning decline of the U.S. dollar is responsible.  The dollar experienced another huge decline on Monday and has fallen a total of about 5 percent over the last two months.

It seems like almost everyone is bearish on the dollar at this point.  For example, Robin Griffiths, a technical strategist at Cazenove Capital, told CNBC on Monday that the U.S. dollar is in danger of becoming “toxic waste”.

The sad thing is that the Federal Reserve has not even formally announced that they will be initiating another round of quantitative easing yet.  Just rumors of such a move has caused people to drop the greenback like a hot potato.

So what is going to happen if the Fed actually does pump another trillion or two into the economy?  Well, we are probably going to see a lot more inflation and the price of precious metals and commodities will likely go up even more.

But at this point most of the officials over at the Federal Reserve feel that they must do something to stimulate the economy.  Over the past twelve months, the U.S. economy has set a lot of records, but almost all of those records have been bad.

So will flooding the financial system with even more paper money solve our problems?

It might delay our problems for a little while, but in the end there is no getting around the fundamental difficulties that we are facing.

The U.S. government has piled up the biggest mountain of debt in the history of the world, and America is being deindustrialized at an astounding pace.  At the end of every single month, the U.S. economy has a lot less wealth and a lot more debt than it had at the beginning of the month.

The U.S. economic system is bleeding all over the place, and our “leaders” seem either unwilling or incapable of patching it up.

Eventually the entire house of cards is going to come crashing down and we are going to experience a very bitter economic collapse.