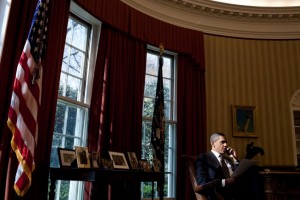 Many of us tried to warn Barack Obama that using militants from al-Qaeda and other terrorist organizations to overthrow governments in the Middle East would not end well.  The Obama administration has been so determined to get rid of some of these dictators in the Middle East that they have not even really stopped to think about who would be replacing them.  Our leaders assured us that those opposed to Mubarak and Gaddafi were “freedom fighters” that just wanted “liberty” and “democracy” in those countries.  Well, of course it turns out that the folks that took control of both Egypt and Libya bear no resemblance to George Washington whatsoever.  They have simply replaced one form of tyranny with an even worse form of tyranny.  Sadly, the last couple of days have been a huge wake up call for all of us.  Radical Islamic militants stormed the U.S. embassy in Cairo, Egypt and replaced the American flag with the al-Qaeda flag.  In Benghazi, Libya the U.S. consulate was attacked by a crowd equipped with guns, homemade bombs and rocket-propelled grenades.  They torched the consulate, looted it, and killed the U.S. ambassador and three other U.S. officials.  Apparently they are not as grateful for our help in “liberating” their homelands as the Obama administration thought they would be.  Unfortunately, our politicians fundamentally misunderstand what is going on in the Middle East, and this is going to continue to lead to more policy errors.

For years, our politicians told us that “al-Qaeda” was the big enemy in the “War on Terror”.

But then during the “Arab Spring” the U.S. government was openly working with “al-Qaeda” and a bunch of other similar organizations all over the Middle East to overthrow established governments.

To say that our approach to the Middle East has been “inconsistent” would be a massive understatement.

After the protesters stormed the U.S. embassy in Cairo, they made it very clear who they are aligned with.  They tore down the U.S. flag and desecrated it, and they put up a black Islamic flag in its place.

So what did the black flag have on it?  The following is how CNN described the flag….

The black flag, which hangs atop a ladder inside the compound, is adorned with white characters that read, “There is no God but Allah and Mohammad is his messenger,” an emblem often used in al Qaeda propaganda.

This is very reminiscent of what happened in Libya in the days after the toppling of Gaddafi.  At the time, the Daily Mail and other international media organizations posted pictures of the black al-Qaeda flag flying high and proud over the courthouse in Benghazi….

The black flag of Al Qaeda was hoisted in Libya yesterday as Nato formally ended its military campaign.

The standard fluttered from the roof of the courthouse in Benghazi, where the country’s new rulers have imposed sharia law since seizing power.

Today, the new government in Egypt is completely dominated by the Muslim Brotherhood.  They hold 47 percent of the seats in parliament and the new president of Egypt belongs to the organization.

So how are they responding to this incident?

Well, they have issued a half-hearted condemnation of the attacks in English, and they have also announced that new protests against the anti-Islam film that originally sparked the violence will be held in Tahrir Square on Friday.

I’m sure that a new round of mass protests will definitely calm everyone down.

Hopefully the U.S. embassy in Egypt will have significantly strengthened security by Friday.

In Libya, the U.S. consulate has been essentially destroyed.

You can see pictures of what the U.S. consulate in Benghazi looks like after the attack right here.

Looters took off with whatever they were able to carry.  Reporters saw some people carrying desks, chairs and even washing machines away from the consulate.

The U.S. ambassador, Chris Stevens, was killed along with three other U.S. officials.

You can see a photo of an unconscious Stevens being carried through the streets after the attack right here.

So who was responsible for the attack?

Once again, it appears to have been Islamic radicals associated with al-Qaeda.  The following is from a Reuters article about this incident….

The attack was believed to have been carried out by Ansar al-Sharia, an al Qaeda-style Sunni Islamist group that has been active in Benghazi, a Libyan security official said. Witnesses said the mob also included tribesmen, militia and other gunmen.

Ansar al-Sharia cars arrived at the start of the protest but left once fighting started, Hamam said. “The protesters were running around the compound just looking for Americans, they just wanted to find an American so they could catch one.”

Most Americans thought that it was a good idea for the Obama administration to back “the rebels” that were fighting to overthrow Gaddafi, but perhaps more people should have been asking what those “rebels” actually stand for.

The following is what former CIA officer Bruce Riedel once said about the composition of the fighters that were attempting to overthrow Gaddafi….

The leader of the Libyan rebel forces even admitted that some of the very same militants that were shooting at U.S. troops in Iraq were among those that were seeking to “liberate” Libya.  The following is from a 2011 article in the Telegraph….

You can find much more on the link between al-Qaeda and the rebel forces in Libya right here.

So we were shooting at them in Iraq but we supplied them with weapons and gave them air support in Libya?

What kind of nonsense is that?

The truth is that the U.S. government has absolutely no idea what it is doing in the Middle East.

There were other anti-U.S. protests in Sudan, the Gaza Strip and Tunisia on Wednesday.

Sadly, even the top officials in our own government fail to grasp why these militants hate us.  In response to the torching of the consulate in Benghazi, Hillary Clinton asked the following question….

“Today, many Americans are asking, indeed I ask myself … How could this happen in a country we helped liberate in a city we helped save from destruction?”

And of course foreign policy has never been a point of emphasis for Barack Obama.

In fact, it has been reported that he skips more than half of his daily intelligence meetings.

So the blind are leading the blind and we continue to make mistake after mistake in the Middle East. 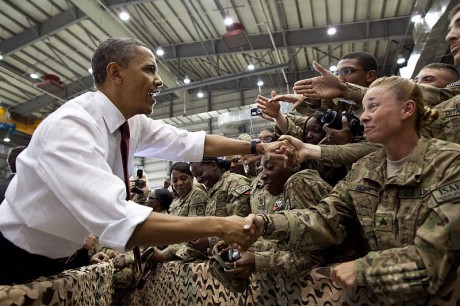