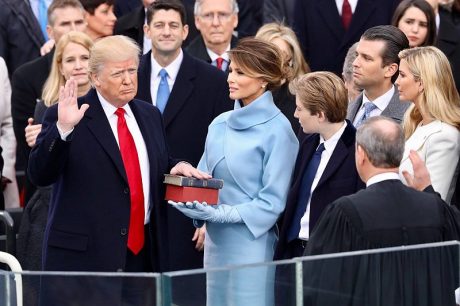 It was one of those magical moments that you will never forget. The inauguration of Donald Trump was being watched live by tens of millions of people all over the world, and it was at that precise moment that God gave all of us another little reminder that He is in control. It had not been raining prior to the time that Trump stepped up to the Inauguration platform, but when he did, the rain began to fall. Considering everything else that was going on at the time, it would have been really easy to miss that little detail, but fortunately there was someone there that perfectly understood what was happening. (Read More...)