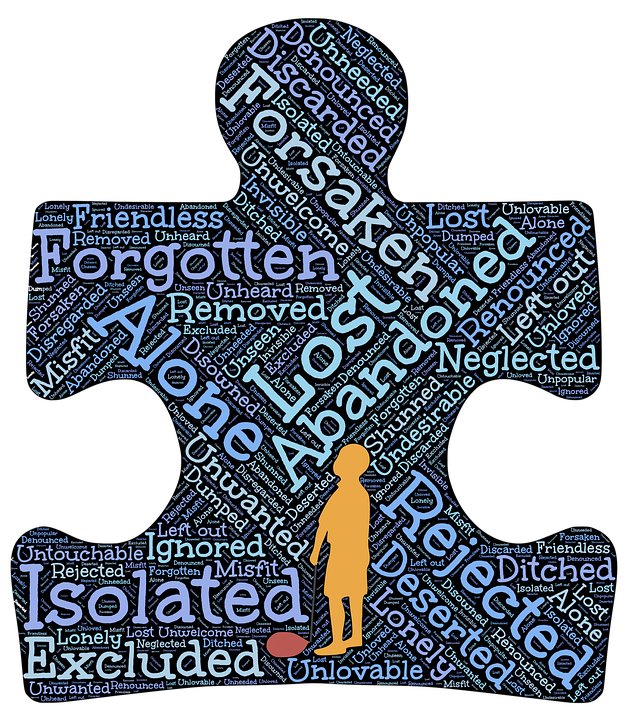 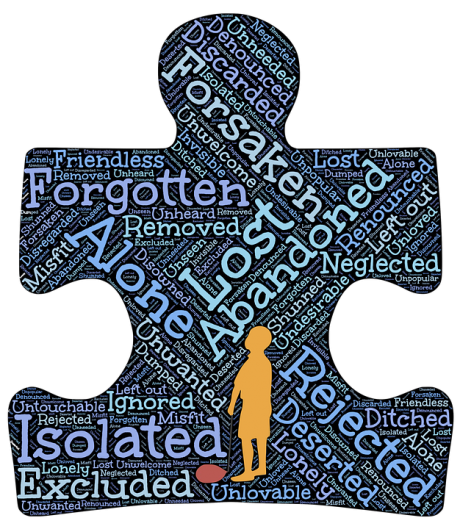 There is so much economic despair in our country today, but if you have a good job and if you live in a good neighborhood you might not ever encounter it.  There really are “two Americas” in 2016, and they are getting farther and farther apart with each passing year.  On the one hand, you have lots of people smiling in New York City these days because of the stock market boom, and property values have soared to ridiculous levels in San Francisco because of the tech bubble.  But in between the two coasts there are vast stretches of forgotten people that the U.S. economy has left behind.  In this article I am going to share some of their stories with you.

Because I run a website called The Economic Collapse Blog, I hear from a lot of people that are really struggling in this economy.  Just yesterday, I posted an article entitled “In 1 Out Of Every 5 American Families, Nobody Has A Job“, and one of my regular readers left the following comment on that article…

After 5-6 some odd years I finally got a decent tech job that pays a couple of bucks more than typical fast food. For the first time in a long time I can say we are coming out of the black. But however, it’s a shaky recovery. If I lose this job at anytime in the next few years it will be devastating so I’m taking the opportunity to win back my certs so that I can get a higher paying tech job.

In many areas of the nation today, it is a real challenge to find a good job.  According to the Social Security Administration, 51 percent of all American workers make less than $30,000 a year at this point, and you can’t support a middle class family on $30,000 a year.  The American Dream feels like it has ended for millions upon millions of families, and this is leading to a lot of depression and despair.

I would like to share with you three comments that were recently left on a New York Times article about depression.  In all three instances, the commenters link their battle with depression with the economy in some way…

#1 But for me, I see another change that has affected me as I have entered the high risk age group. Over the years, as the economy dumps, as the businesses that have employed people in my region have cut staff, or just gone away, I have seen almost every friend that I have made in the last 30 years move away. My social network imploded.

For those who cannot easily recreate new sets of friendships, especially if they are un- or underemployed, and have fractured family relationships, there is little social support to help stave off depression. And for more and more people who are working, the push to work independently, not in an office atmosphere, creates even more isolation.

#2 I have been diagnosed and have been taking meds and in therapy for 30 years. And I was hanging in there until I lost everything. College educated, a professional for 30 years, I am now on Disability and Obamacare, both of which are on the chopping block. I watch the election process in terror and wonder what will happen to people like me. Medically I am bipolar, but now I am indigent, and if I can’t access health care or a place to live, I’m done. All the Prozac in the world won’t change that.

#3 I became disabled ten years ago in my mid-forties. I live alone and have no family and no friends. I miss my career so much, and having a social life. Being disabled means having less money than ever, but with greater medical costs that ever. I think of suicide quite a bit. I’m so lonely and poor. Then I got cancer a few years ago which is in remission but causing other health problem. I’m doing my best to continue to afford to keep my dog. She’s only 4 and could live another 14 years. I’m giving her the best life possible and I don’t want to leave her. She keeps me going and is the only love I have in my life. I wish there were more social service in the U.S. for people like me. If I ever “get better”, or win the lottery, I will be a fierce advocate to improve the quality of life for people like me who have fallen through the cracks. I’m living a life that is hell on earth. I can see why some people in similar situations choose to “opt out” when every day is painful and lonely.

Those that insist that “everything is going to be just fine” are ignoring millions of stories such as these.

There are so many Americans that are going through enormous suffering in quiet solitude, and because they aren’t marching in the streets they are forgotten about by the rest of us.

But of course not everyone suffers so quietly.  Sometimes desperate people do desperate things, and all over the nation we are seeing rates of violent crime start to rise.

And not every person that commits acts of violent crime is looking to hurt people.  Sometimes all they want is some food.  The following comes from Natural News…

According to a heartbreaking report by All Self Sustained, an elderly man was threatened with a knife last month by a man and a woman in a home invasion – the pair were looking to steal food.

71-year-old Luis Rosales answered the door of his New Jersey apartment in the afternoon and was confronted by a man and woman who were armed with an eight-inch kitchen knife. The pair forced themselves inside, threatening Rosales with death if he made too much noise.

The suspects used pepper spray to affect Rosales’ vision before ransacking his apartment and raiding his fridge, telling Rosales that they were hungry. They also took his wallet.

We are witnessing the slow-motion meltdown of society, and this is something that I talked about in my article yesterday and that I talk about in my new book entitled “The Rapture Verdict“.

Even with the “recovery” we have supposedly experienced, 47 percent of all Americans could not even pay an unexpected $400 emergency room bill without borrowing the money from somewhere or selling something.

And things are not going to be getting any better for the economy moving forward.  The despair and desperation that we have seen so far are nothing compared to what is coming.

A tremendous amount of love and compassion is going to be required in the years ahead, because huge numbers of people are going to be really hurting.

So how will you respond when people all around you are in very deep trouble?

Will you “bunker up”, or will you be willing to reach out and help those less fortunate than yourself?