Can the U.S. government afford to pay for the health care of 38 million more people?  As you will see below, Obamacare is going to be the biggest expansion of the welfare state in U.S. history.  It is being projected that a decade from now 17 million Americans will be receiving Obamacare subsidies and an additional 21 million Americans will have been added to the Medicaid rolls.  At a time when we are already running trillion dollar deficits, is this really something that the government should be taking on?  In addition, it is being projected that bringing millions upon millions of new people into the Medicaid program will also cause enrollment in many other federal welfare programs such as food stamps to surge.  Right now, the percentage of Americans that are financially dependent on the U.S. government is already at an all-time high, and Obamacare is going to cause the level of government dependence to go much, much higher.  But how much weight can the “safety net” actually carry before it breaks entirely?

States are reporting far higher enrollment in Medicaid than in private insurance since the Affordable Care Act exchanges opened Oct. 1. In Maryland, for example, the number of newly eligible Medicaid enrollees is more than 25 times the number of people signed up for private coverage.

And there are some Americans that are going to the health care exchanges intending to buy private coverage that are finding out that they are only being given the option to enroll in Medicaid instead.  The following example comes from the Wall Street Journal…

The situation sounded absurd, so I asked her to walk me through her application on Washington Healthplanfinder to make sure she wasn’t missing anything. Sitting in New York with my computer, I logged onto the site under her name and entered the information my mother provided over the phone. I fully expected her to realize that she had forgotten some crucial piece of information, like a decimal point in her annual income. We checked and double-checked the information, but the only option still appeared to be Medicaid. She suggested clicking on “Apply for Coverage,” thinking that other options might appear.

The page lacked a cancel button or any way to opt out of Medicaid. It was done; she was enrolled, and there was nothing to do but click “Next” and then to sign out.

As you read this, there are more than 62 million Americans enrolled in Medicaid right now.

According to Obamacarefacts.com (a pro-Obamacare website), Obamacare could add 21 million more Americans to the Medicaid rolls over the next decade.

And according to a report that came out earlier this month, 17 million Americans will qualify for Obamacare subsidies.

So when you add those numbers together (21 million plus 17 million), you come up with a total of 38 million more people that the government will soon be providing health care for.

And that does not even take into account more than 20 million elderly Americans that will be added to the Medicare program by 2025 as our population rapidly ages.

The government is going to have to find a whole lot of money from somewhere to pay for all of this.

And as I mentioned above, it is being projected that this surge in Medicaid enrollment will also be accompanied by a surge in enrollment in other welfare programs such as food stamps.   Just check out the following excerpt from a recent Politico article…

Noting that the Affordable Care Act “could potentially have a profound impact on SNAP participation,” the Agriculture Department announced its plans to study the possible development last week in a document submitted to the Office of Management and Budget for review.

The department says it wants to look into state coordination of SNAP and Medicaid enrollment and renewal, the process for directing Medicaid applicants to SNAP and the number of SNAP applications.

Lawmakers who have advocated for SNAP stressed that the increase in food stamp recipients would result from people who should already have been in the program.

“If people are eligible, they ought to be enrolled in it, so that’s a good thing,” said Rep. Jim McGovern (D-Mass.), a farm bill conferee who has stated that he would not vote for a bill that includes significant cuts to SNAP, in a phone interview with POLITICO.

So we could ultimately end up with millions upon millions more Americans enrolled in food stamps and other major federal welfare programs.

Not that helping the poor is a bad thing.  It certainly isn’t.

But at some point if too many people jump on the “safety net” it is going to break.

According to the most recent numbers from the U.S. Census Bureau, 49.2 percent of all Americans are currently receiving benefits from at least one government program each month.

That is nearly half the country.

Most of the people that are receiving these benefits actually need them and would be glad to get off of these programs if they could.

However, without a doubt there are some people out there that are abusing the system.

For example, one welfare recipient recently called into a radio show in Texas and was completely unapologetic about the fact that she planned to stay on welfare for the rest of her life…

While workers out there are preaching morality at people like me living on welfare, can you really blame us?

Me and people that I know that are illegal immigrants that don’t contribute to society, we still gonna get paid.

Our check’s gonna come in the mail every month… and it’s gonna be on time… and we get subsidized housing… we even get presents delivered for our kids on Christmas… Why should I work?

So can you really blame us?

You can find a YouTube video of the entire conversation right here.

Once again, the vast majority of Americans on welfare are not like this.

Most Americans would prefer to have a good job or to own a thriving business and be providing for themselves.  But as our economy continues to decline, the number of Americans that are able to independently take care of themselves will continue to go down.

Right now, the percentage of Americans that are dependent on the government is already at an all-time high, and Obamacare is going to add tens of millions more Americans to the welfare rolls.

So what does this mean for the future of our country?  Please feel free to share what you think by posting a comment below… 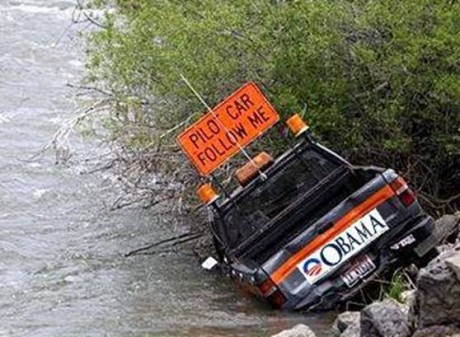