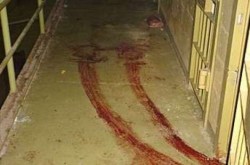 John Adams, the second president of the United States, once made the following statement: “We have no government armed with power capable of contending with human passions unbridled by morality and religion. Avarice, ambition, revenge, or gallantry, would break the strongest cords of our Constitution as a whale goes through a net. Our Constitution was made only for a religious and moral people. It is wholly inadequate for the government of any other.”  As we promote a return to constitutional principles, perhaps we should also be asking ourselves if the American people are moral enough to uphold and defend our Constitution anymore.  Will a political shift in Washington D.C. solve all of our problems, or should we be looking into our own hearts as well?  As controversial as it may be to question the morality of the American people, the truth is that after all of the shocking things that have transpired in this nation over the last 50 years someone certainly should be willing to ask the hard questions.  It would be hard to deny that moral relativism and moral decay are absolutely rampant in the United States today, and that our moral problems are very much at the heart of many of our problems.

The list posted below is a perfect example of that.  Many of the things that I think are “morally wrong” will cause outrage among my regular readers.

Because the vast majority of us have become moral relativists.  We just make up right and wrong as we go along.

But hopefully most Americans that will read this list will realize that these 20 signs are indications that something is very, very wrong with the moral compass of this nation….

#1 If you want to get on an airplane in America today, you must either permit gawking airport security officials to view a “movie quality” image of your naked body, or you must allow a TSA goon to touch all of your private areas with the fronts of his (or her) hands.  So far most travelers seem to have accepted these new practices.  This is not a good sign for morality is America.

#2 90 teens at just one Memphis, Tennessee high school are pregnant.  In some areas of the country, it has actually become “trendy” for teenage girls to purposely get themselves pregnant.

#3 One Philadelphia abortionist is being formally charged with killing seven babies that were born alive, but witnesses claim that he actually slaughtered hundreds “of living, breathing newborn children by severing their spinal cords or slitting their necks.”

#4 A new Illuminati-themed television show entitled “House Of Anubis” that is meant to be viewed by our children debuted on the Nickelodeon network in January 2011.

#5 What our government has allowed BP to do to the Gulf of Mexico and to residents along the Gulf coast is absolutely horrific.  Past generations would have never let something like this get brushed under the rug.

#6 Our government continues to brutally torture prisoners and yet very few Americans even seem to care.  The way we have conducted our wars and the way we have treated our prisoners has been a national disgrace.

#7 We are rapidly evolving into a Big Brother police state and yet most Americans are not objecting at all.  Things have gotten so bad that now we are actually giving tickets to 6-year-olds.  According to one recent report, police in Texas have given “1,000 tickets to elementary school children in 10 school districts” over the past six years.

#8 Since 1913, a cabal of international central bankers has used the Federal Reserve to control and manipulate our financial system and yet the American people have never even demanded a full audit of that incredibly corrupt institution.

#9 It is estimated that 89 percent of all pornography is produced inside the United States.  About 11 percent is made in the rest of the world.

#10 The American people are so morally bankrupt at this point that they actually elected Barack Obama (even after so much shocking information came out about him in the media) to be president of the United States.  Sadly, there is still a good chance that a politician as incredibly corrupt as Obama could actually be elected to a second term.

#11 During a stunning television interview with Larry King, former first lady Laura Bush revealed to the world that she flat out lied to the American people the entire time her husband was in office.  In an attempt to help him politically, she covered up the fact that she is actually very much in favor of legalized gay marriage and a woman’s “right” to abortion.

#12 The FDA has announced that the offspring of cloned animals could be in our food supply right now and that there is nothing that they can do about it.

#14 Last year one North Carolina pastor was shocked after he was dismissed from his chaplain duties for praying in the name of Jesus.

#15 In 2010, U.S. health officials announced that approximately 16 percent of all Americans between the ages of 14 and 49 are infected with genital herpes.  But that is just one of the dozens of sexually-transmitted diseases that are rapidly circulating throughout our society.

#16 The Obama administration is telling us that the field of “synthetic biology” poses only “limited risks” and should not be restricted at all.  It is apparently open season for those scientists that are eager to create whatever kinds of bizarre cross-species hybrids that their imaginations can conjure up.

#17 It is being reported that today a whopping 41% of all New York City pregnancies end in abortion.

#18 In recent years the U.S. government has spent $2.6 million tax dollars to study the drinking habits of Chinese prostitutes and has spent $400,000 tax dollars to pay researchers to cruise six bars in Buenos Aires, Argentina to find out why gay men engage in risky sexual behavior when drunk.

#19 A shocking new survey has found that 54 percent of “evangelical Protestants” believe that people from religions other than Christianity can find salvation without Jesus Christ.

#20 The foods that we eat and the things that we drink are making us all very sick.  The companies that are selling us these things know this and yet they continue to rake in record profits without making any changes.  This is incredibly wicked and it has become a national crisis.  The following is a very short trailer for a new documentary entitled “Food Matters”….

So is there much hope for a change in the moral landscape of America?

Will moral relativism continue to rule?

The American people have become experts at “justifying” whatever it is that they want to do.

Everyone pretty much does whatever is right in his or her own eyes.

But eventually all of this moral relativism is going to shred the fabric of our society.  Hopefully the American people will start to wake up.

So do any of you have any thoughts about all of the moral relativism that is going on in this country?