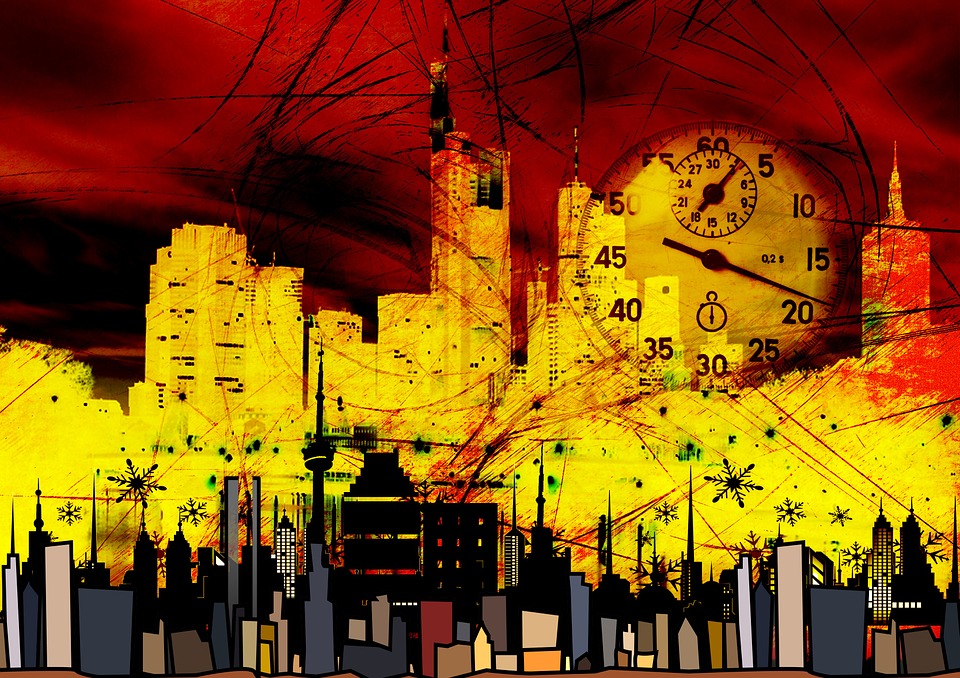 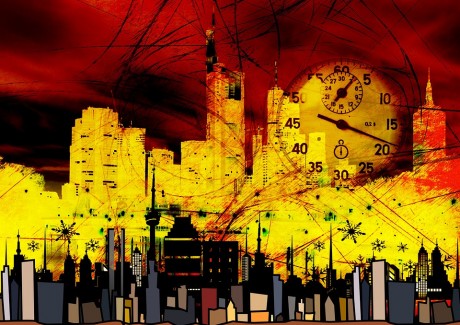 Violence and drugs are flooding the streets of our major cities, but those that live in cushy suburban neighborhoods may not have heard much about this because the mainstream media is so obsessed with covering Donald Trump and Hillary Clinton. As you will see below, drug overdose deaths involving heroin and prescription opioid pain relievers have soared to unprecedented levels, and in some areas of the country health authorities are finding themselves absolutely overwhelmed by overdose cases this summer. Law enforcement officials are doing what they can to combat this epidemic, but because Barack Obama has left our borders wide open the gangs are able to transport these dangerous drugs into this country with ease. As a result, we are facing a crisis on a level that we haven’t seen since at least the 1980s.

Let’s start with some hard numbers. The following comes from the official CDC website…

And keep in mind that those numbers are two years old. Things have gotten much, much worse since then, and this summer the numbers are off the charts.

For example, just check out what is currently going on in the Cincinnati area…

With an estimated 78 overdoses Tuesday and Wednesday alone, and an estimated 174 overdose cases in emergency rooms in less than a week, officials are scrambling to attack a heroin crisis of a magnitude they’ve never had before.

“This is unprecedented to see as many alerts as we’ve seen in the last six days,” said Hamilton County Health Commissioner Tim Ingram. He was referring to a surveillance system that alerts the public health department when an unusual number of drug-related emergency-room encounters occur.

Elsewhere in Ohio, things are equally as bad. The following is from a report about the overdose epidemic in Richland County…

The almost daily surge in overdoses impacts people well beyond addicts and their families, taking a growing toll on workers on the front line of helping people.

Dr. Joseph Bocka, an emergency room physician at OhioHealth Mansfield Hospital, said it’s not uncommon for people drop off overdose victims and leave, to find patients with a needle sticking out of their arm or to treat same person multiple times. Some are more concerned about losing their high than dying.

So where are the front page stories about this on the big mainstream news websites?

Can’t they stop talking about Clinton and Trump long enough to focus on the fact that countless numbers of Americans are becoming addicted to extremely dangerous drugs and many of them are dying?

On the west coast, similar things are happening…

In just 12 days, California’s Sacramento Valley has seen 42 opioid overdoses  — resulting in 10 deaths. Even in a country that’s watched opioid addiction spread at an alarming pace, this kind of overdose rate isn’t normal.

At least, up until now.

These overdoses weren’t caused by the prescription painkiller the users were believed to have been taking, called Norco. Instead, they had taken a street pill disguised to look like Norco that contained a chemical 50 times more potent than heroin: fentanyl.

It is said that Fentanyl is up to 100 times more powerful than morphine. Nobody should ever be taking this outside of a medical setting, because the risk of overdose is extremely high.

According to Fox News, West Virginia is the state with the most overdose deaths per capita, but New Mexico and New Hampshire are right up there as well…

CDC statistics show West Virginia has the highest per capita rate of lethal overdoses in the nation, followed by New Mexico, New Hampshire, Kentucky and Ohio. The drug epidemic has not spared any communities, said Jim Johnson, director of the Mayor’s Office of Drug Control Policy in Huntington.

“Some 22 million people across the country suffer from substance abuse disorders, resulting in 50,000 overdose death rates each year,” Johnson said. “This is right up there on that same level as terrorism and homeland security concerns in our country. That doesn’t even count the number of people getting Hepatitis B and C and HIV.”

Needless to say, wherever there are drug addicts that are also gangs that are eager to make money off of them by selling them drugs.

Barack Obama is originally from Chicago, but things have just continued to get worse and worse for the Windy City ever since he entered the White House.

I have previously written about how there are now 150,000 gang members living in Chicago, and the violence in the city continues to escalate to new levels. In fact, this year there have been more shootings in Chicago than in New York City and Los Angeles combined.

One of the recent shooting victims was a little 10-year-old boy named Tavon Tanner. The following comes from the Chicago Tribune…

In the weeks since he was shot in the back, 10-year-old Tavon Tanner has undergone several operations to repair the damage from the bullet that tore through his small body and remains lodged between his shoulder and his chest.

The fifth-grader is still in the hospital and still in pain, according to his mother Mellanie Washington. He doesn’t talk as much and cries more often. Sometimes he’ll ask if police have arrested the person who shot him.

Overall, the month of August has been the most violent month for the city of Chicago in nearly 20 years. Here is more from the Tribune…

Tavon was among more than 400 people shot in Chicago this month. There have been at least 78 homicides, marking August as the most violent month in the city in almost 20 years, according to data provided by the Chicago Police Department. And there are two more days to go.

In the past, you could avoid most of the violence by staying away from the “bad areas” of the city, but now the violence appears to be spreading even to the “good areas”…

Chicago’s violent crime problem seems to be spreading to the historically safe “north side” neighborhoods. The spike in crime on the north side comes as Chicago’s police department has diverted more officers to the city’s violent south and west side neighborhoods to fight extreme levels of violence there. As reported by local Chicago news station WGN, violent crime is up 61% in the Loop this year with Near North Side up 50%, Lincoln Park up 42% and Edgewater up 44%.

WGN also reports that officers have seemingly lost control of Chicago’s streets as they’re growing increasingly hesitant to confront people out of fear of being humiliated by the next viral arrest video. Meanwhile, local gangs are reported to be offering incentives to “cop killers.”

And of course Chicago is far from alone. It is only August, but Baltimore has already surpassed 200 homicides for the fifth consecutive year…

Baltimore officially has had 200 homicide victims in 2016 after an autopsy confirmed a 42-year-old man found dead Friday just west of downtown had been fatally stabbed.

The victim, identified Monday as Franswhaun Smith, was found Friday about 7:50 a.m. in the 700 block of Murphy Lane, in the Heritage Crossing neighborhood that was formerly the site of the Murphy Homes public housing development.

The social fabric of our nation is literally coming apart at the seams all around us, and yet after eight years many Americans still don’t know the name of our Vice-President.

Great manufacturing cities such as Detroit were once the envy of the world, but now they have become global jokes. Our middle class is dying, poverty is exploding, our borders are wide open and our major cities have become infested with drugs and gangs.

Anyone that cannot see that America is in decline is either uninformed or is simply delusional.

Our once great nation is in an advanced state of rot and decay, and attempting to deny the obvious is not going to fix anything.