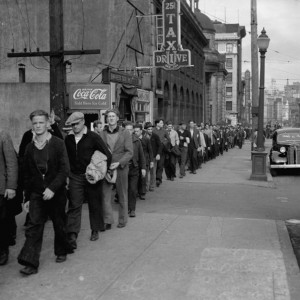 An increasing number of economists, world leaders and financial columnists are beginning to acknowledge that our current economic crisis bears a striking resemblance to what was going on about the time the Great Depression of the 1930s started.  Just like the “Roaring 20s”, the American people over the last couple of decades have been getting into massive amounts of debt in pursuit of the American Dream.  But just like the early 1930s, we are now experiencing a severe credit crunch and the process of deleveraging this gigantic mountain of debt promises to be at least as painful as the deleveraging that took place throughout the 1930s.  It seems like almost everyone is using words like “double dip” and “recession” now, and a lot of analysts are even starting to utter even more dreaded words like “deflation” and “depression”.  Even the Federal Reserve, usually one of the biggest cheerleaders for the economy, is now saying that the U.S. economic system may not recover for another five or six years.  If that is what the Federal Reserve is admitting to, then how bad are things really?  The truth is that it really is beginning to look a lot like 1930 out there.

But it isn’t just a few half-baked Internet crazies that are warning that we are headed into an economic nightmare.

Just consider the following headlines from recent articles penned by some of the most respected economists and financial journalists in the world….

*Ambrose Evans-Pritchard: “With The US Trapped In Depression, This Really Is Starting To Feel Like 1932”

*Lorimer Wilson: “The U.S. Is On The Edge Of A Growing Deflationary Sinkhole”

*Mike Whitney: “The Road To Recession”

Are you starting to sense a pattern?

The reality is that everyone is starting to sense that things could quickly go from bad to worse.

The following are ten statistics that reveal just how horrible the condition of the U.S. economy is halfway through 2010….

1 – The Conference Board’s Consumer Confidence Index declined sharply to 52.9 in June.  Most economists had expected that the figure for June would come in somewhere around 62.

3 – Consumer credit in the United States has contracted during 15 of the past 16 months.

4 – One recent poll found that 76 percent of Americans believe that the U.S. economy is still in a recession.

5 – According to one shocking new survey, 28% of all U.S. households have at least one member that is looking for a full-time job.

6 – Approximately 8.6 million Americans are working part time because they can’t get full-time jobs.

7 – Banks repossessed a record number of U.S. homes during the second quarter of 2010.

8 – In May, sales of new homes in the U.S. dropped to the lowest level ever recorded.

9 – More than 25 percent of Americans now have a credit score below 599, which means that they are a very bad credit risk.

10 – The average duration of unemployment in the United States has risen to an all-time high.

In a recent article for The Telegraph, Ambrose Evans-Pritchard listed some more of the statistics that show how poorly the U.S. economy is performing at this moment….

The US workforce has shrunk by a 1m over the past two months as discouraged jobless give up the hunt. Retail sales have fallen for the past two months. New homes sales crashed to 300,000 in May after tax credits ran out, the lowest since records began in 1963. Mortgage applications have fallen by 42pc to 13-year low since April. Paul Dales at Capital Economics said the “shadow inventory” of unsold properties has risen to 7.8m. “The double dip in housing has begun,” he said.

So after reading all that, is there any doubt that it is starting to feel a lot like the 1930s? 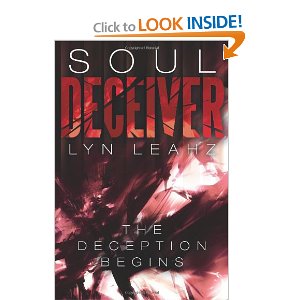