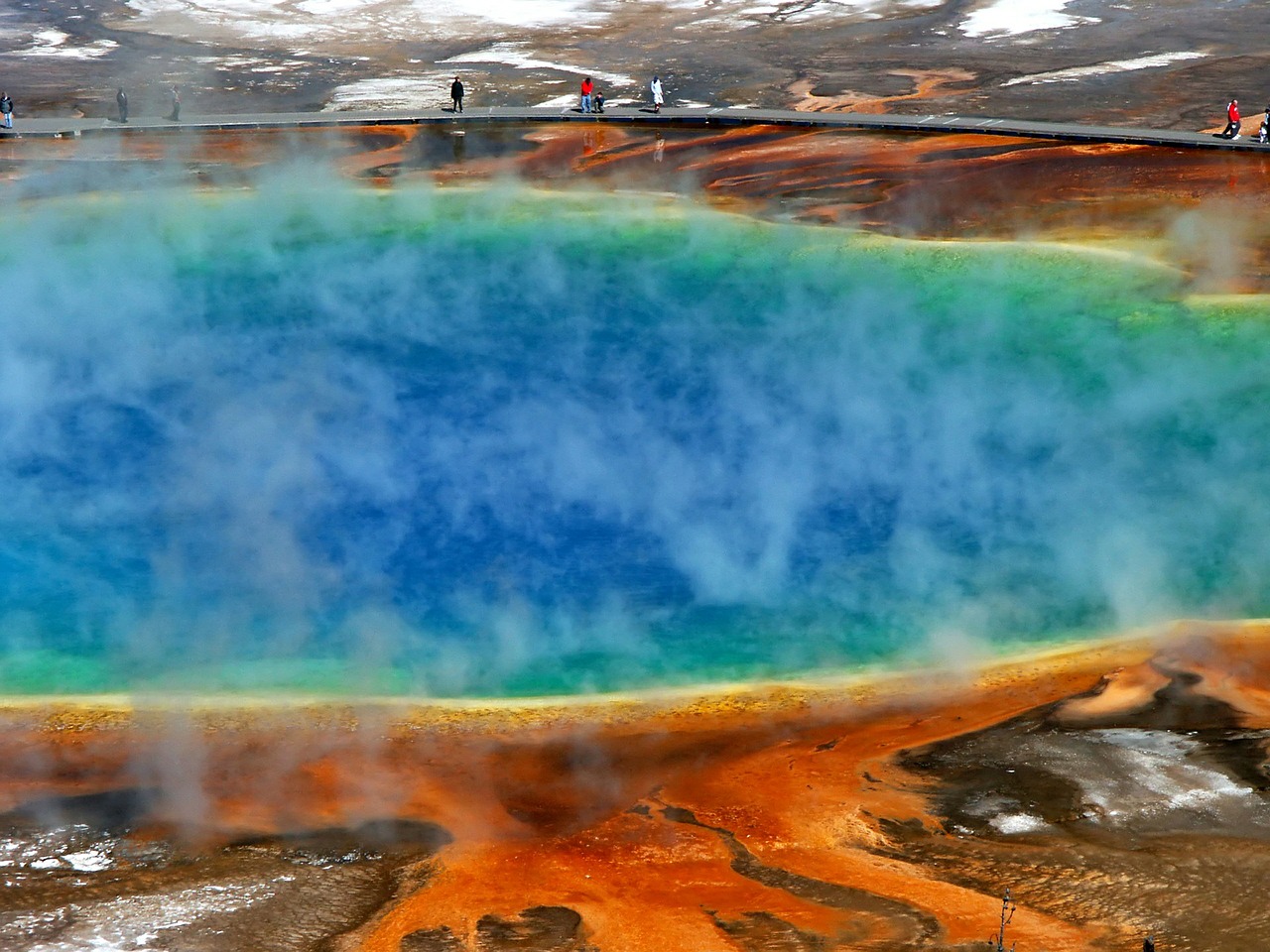 I watch Yellowstone very closely, because an eruption of the Yellowstone supervolcano could end life as we know it in America in a single moment.  A full-blown eruption of Yellowstone could potentially dump a suffocating layer of volcanic ash that is at least 10 feet deep on almost the entire country, and it would instantly render about two-thirds of this nation completely uninhabitable.  So yes, when Yellowstone starts rumbling there is a reason to pay attention, and right now Yellowstone is starting to rumble in ways that are unprecedented.  That doesn’t mean that an eruption is imminent, but without a doubt what is currently taking place is more than just a little bit alarming.

Let’s start with what happened on Saturday.  An eruption of Ear Spring sent “plumes of water up to 30 feet in the air”, and it was being reported that “debris and rocks flew into the sky”…

On Saturday, Ear Spring erupted plumes of water up to 30 feet in the air, endangering visitors as debris and rocks flew into the sky.

The last known eruption on that scale occurred in 1957, though several smaller eruptions were observed in 2004.

Ear Spring is one of the hottest pools in Yellowstone National Park and contains water above the boiling point up to 200 degrees.

If you are not familiar with this particular hot spring at Yellowstone, you can find the basics on Wikipedia right here.  When a supervolcano that could ultimately kill billions of us starts flinging “debris and rocks” into the sky, that should have made front page headlines all over the planet, but it didn’t.

This was the very first time since 2004 that Ear Spring has erupted, and it was only the 4th eruption in the last 60 years.

But that wasn’t the end of the activity at Yellowstone.

On Monday, Steamboat Geyser erupted “for an hour and fifteen minutes”…

Steamboat Geyser in Yellowstone National Park erupted on Monday  for an hour and fifteen minutes. The spectacular stream of water and steam can reach heights of 300 feet, making it the tallest of any active geyser in the world. The most recent eruption was the geyser’s nineteenth in 2018, making this Steamboat’s most active calendar year since 1982, and exciting visitors and scientists alike.

Everybody at Yellowstone was extremely excited by this eruption, but there is no reason to celebrate.

From September 2014 to March 2018, Steamboat Geyser was completely dormant.

But now it has suddenly sprung to life and has erupted a total of 19 times since March 15th.

Is anyone else besides me alarmed by this?

Then on Tuesday, it was being reported that the ground was “rising and falling by six inches every 10 minutes” and “spouts of water shot from the ground” as a new geyser formed…

On Tuesday, spouts of water shot from the ground west of Pump Geyser and north of Sponge Geyser, also ejecting large amounts of hot steam.

The new feature, which is eight-foot diameter, continues to show increased signs of activity after geologists observed the ground rising and falling by six inches every 10 minutes.

Okay, so we have multiple new geysers forming, Steamboat Geyser has sprung to life after being dormant for three years, and Ear Spring is flinging debris and rocks into the air.

And the experts are telling us that there is no reason for concern?

Scientists assure us that Yellowstone will erupt again one day, and if it happens during our lifetimes, most of us living in the United States will end up dead.

You see, the truth is that a full-blown eruption of the Yellowstone supervolcano would not just devastate the Northwest.  It would truly be a global catastrophe that could ultimately kill billions of people.  The following is an extended excerpt from one of my previous articles…

Such a disaster would probably come with little or no warning, and the same is true with most other natural disasters.  That is why it is so imperative for all of us to be prepared in advance.

Hopefully nothing like this will happen while any of us are alive, but without a doubt we are living at a time when our planet is becoming increasingly unstable.  In one recent 30 day period, the number of global earthquakes was more than 50 percent above normal.  Major changes appear to be happening to our planet, and that could mean that all of our lives are about to change in a major way.