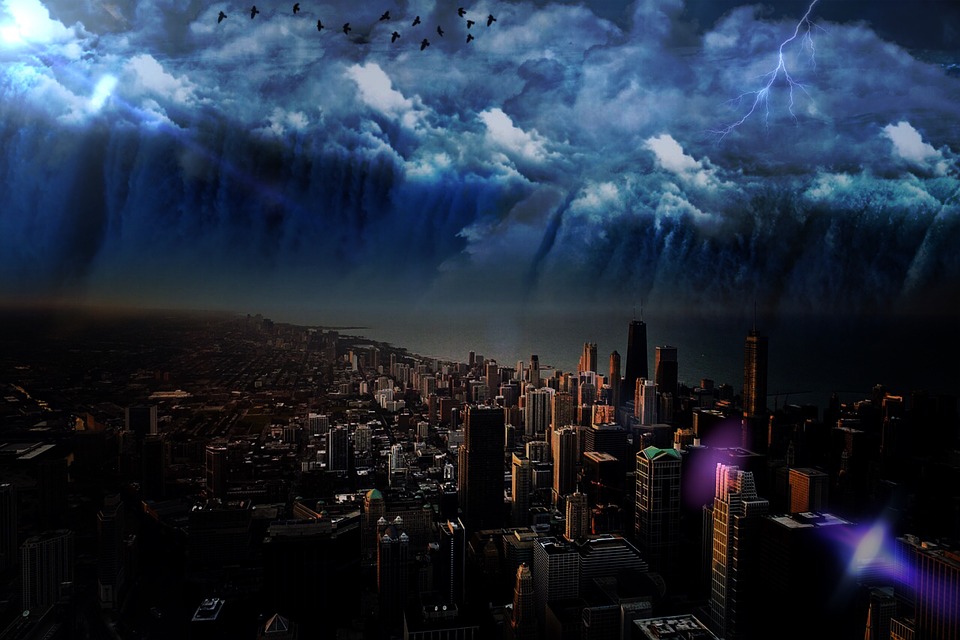 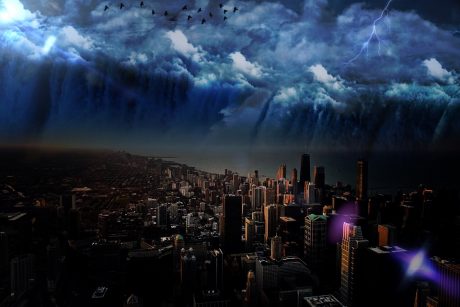 An army of subversives is attempting to undermine the Trump administration from within the government, and at the same time a whole host of prominent leftist leaders are fueling the flames of hate against Trump and are promoting riots, civil uprisings and in some cases even violence. And of course the mainstream media is a more than willing accomplice, because pretty much everyone that works in the mainstream media absolutely hates Donald Trump. On a fundamental level, the United States is more divided today than it has been in any of our lifetimes, and the radical left is treating the presidency of Donald Trump as if it was the end of the world. We are seeing terms such as “Nazi”, “racist” and “dictator” thrown around very casually, but people need to understand that words really matter. When subversives on the left use such inflammatory language, there is a very real danger that they could actually spark a violent insurrection against the United States government.

Just think about this for a moment. If a “Nazi” had really become the president of the United States, what would the appropriate response be?

When the left calls Donald Trump and his supporters “Nazis” and “racists”, they are suggesting that people should act accordingly, and that is extremely dangerous.

Yesterday, I wrote about how the “deep state” is attempting to destroy the Trump administration from the inside, but meanwhile others are trying to spark an uprising from the outside.

Something that former Obama Attorney General Loretta Lynch recently said is extremely disturbing. She recorded a video message in which she suggested that in the struggle against Donald Trump there is going to be blood in the streets and some people are going to have to die…

“I know that this is a time of great fear and uncertainty for so many people,” Lynch says. “I know it’s a time of concern for people, who see our rights being assailed, being trampled on and even being rolled back. I know that this is difficult, but I remind you that this has never been easy. We have always had to work to move this country forward to achieve the great ideals of our Founding Fathers.”

“It has been people, individuals who have banded together, ordinary people who simply saw what needed to be done and came together and supported those ideals who have made the difference. They’ve marched, they’ve bled and yes, some of them died. This is hard. Every good thing is. We have done this before. We can do this again.”

Remember, this is not just some passionate young leftist radical saying these things.

This woman was the Attorney General of the United States not too long ago. For her to make statements such as these is irresponsible to the extreme. If you have not seen this video yet, you can find it on YouTube right here.

The mainstream media is also working very hard to fuel the flames of hate. MSNBC’s Mika Brzezinksi made headlines all over the world when she declared that Trump’s presidency “is fake and failed”, and she followed that up by boldly declaring that we are now “at a low point in American history”…

“We are at a low point in American history and I don’t know how anybody can defend this president, even if it’s their job. Like you’ve got to have a job after this. You’ve got to look in the mirror after this. Sarah Huckabee or whoever is speaking out next. You have to look in the mirror and think about this country after this is over. You need to think of the end game here, because there isn’t one at the rate we are going.”

A video clip of her saying this can be found here, and to be honest it is really unprecedented in all of American history for journalists to be attacking the president of the United States in this manner.

When people hear this stuff about a “fake president” that is “racist” and “fascist” over and over again, it is only a matter of time before people start to act out in violent ways.

For example, just consider what happened in Berkeley on Saturday…

At a park in Berkeley, across the bay from San Francisco, protesters from both sides struck one another over the head with wooden sticks and Trump supporters fired pepper spray as police in riot gear stood at a distance.

Some in the pro-Trump crowd, holding American flags, faced off against black-clad opponents. An elderly Trump supporter was struck in the head and kicked on the ground.

Five people attending a counter-protest against President Donald Trump were arrested in Minnesota over the weekend after police said they allegedly set off fireworks inside the state capitol building.

A St. Paul police spokesman confirmed to TheBlaze that five people “who allegedly lit fireworks in the capitol building and fled on foot” were arrested Saturday. He said they are charged with riot 2, which is a felony.

We need to take incidents like this very seriously, because often a civil war can be started by incidents that may seem quite small at the time. For instance, when the protests started becoming violent against President Assad in Syria back in 2011, who would have dreamed that it would ultimately spark a civil war that would kill more than half a million people and that would still be raging six years later?…

In March of 2011, Syrian protesters marched on Damascus following the arrest of a 14-year-old boy who had written a cryptic threat to Bashar al-Assad in graffiti.

Within three short months of those initial protests, 1,000 civilians (among them students, liberal activists, and human rights advocates) and 150 soldiers and policemen had been killed, and thousands were detained. Within a year, the Damascus Securities Exchange had plummeted 40%, and within five, the total kill count reached upwards of 600,000.

Many believe that a civil war has already started in America.

Americans may not be shooting at each other yet, but without a doubt we are in a battle for the soul of this nation. The following comes from an excellent article by Dennis Prager…

It is time for our society to acknowledge a sad truth: America is currently fighting its second Civil War.

In fact, with the obvious and enormous exception of attitudes toward slavery, Americans are more divided morally, ideologically and politically today than they were during the Civil War. For that reason, just as the Great War came to be known as World War I once there was World War II, the Civil War will become known as the First Civil War when more Americans come to regard the current battle as the Second Civil War.

David Kupelian, the author of “The Snapping Of The American Mind“, is also concerned that we are in a life or death struggle for the future of our culture…

Compared with the shining and vibrant nation it once was, today’s America has become a different country: deeply and angrily divided, unable to deal with crises foreign or domestic, the world’s greatest debtor nation with 50 million people on food stamps, rampant divorce and family breakdown, unprecedented sexual anarchy with 110 million with STDs, almost 60 million abusing alcohol and 70 million taking mood-altering drugs. On so many levels, America is becoming ever more “bizarro” – diametrically opposed to logic and common sense.

In the end, either the right or the left is going to completely defeat the other side, because both sides are attempting to take this country in completely opposite directions. When you examine the core values on the right and the left, you quickly come to the realization that there is not much room for compromise. One side will ultimately emerge victorious, and the values of the other side will be vanquished. Here is more from Dennis Prager…

How are those of us who oppose left-wing nihilism – there is no other word for an ideology that holds Western civilization and America’s core values in contempt – supposed to unite with “educators” who instruct elementary school teachers to cease calling their students “boys” and “girls” because that implies gender identity? With English departments that don’t require reading Shakespeare in order to receive a degree in English? With those who regard virtually every war America has fought as imperialist and immoral? With those who regard the free market as a form of oppression? With those who want the state to control as much of American life as possible? With those who repeatedly tell America and its black minority that the greatest problems afflicting black Americans are caused by white racism, “white privilege” and “systemic racism”? With those who think that the nuclear family ideal is inherently misogynistic and homophobic? With those who hold that Israel is the villain in the Middle East? With those who claim that the term “Islamic terrorist” is an expression of religious bigotry?

This is why the radical left hates Donald Trump so much.

We are in a fight for the soul of America, and the fate of this nation literally hangs in the balance.

Unfortunately, there is also the possibility that this conflict could end up destroying this country no matter which side ultimately wins. It has been said that a house divided against itself will surely fall, and America is a very bitterly divided house at this moment in time.