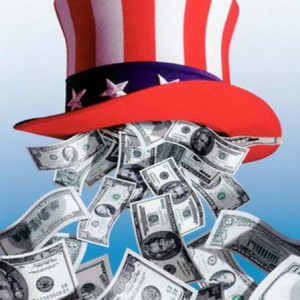 Millions upon millions of Americans are struggling with paying their bloated mortgages right now.  So is it fair for the U.S. government to be giving money to some people (but not to others) to help them pay their mortgages? Well, it turns out that U.S. citizens in 10 states will soon be receiving money as part of a $2.1 billion federal program to help distressed homeowners pay their mortgages.  But is this fair?  Why will only citizens in 10 states by getting funds?  What about the other 40 states?  Well, the money for this mortgage relief program is going to come from a special fund within the Troubled Asset Relief Program (TARP) known as the “Housing Finance Agency Innovation Fund for the Hardest Hit Housing Markets”.  In other words, people in the areas where housing prices have fallen the most are going to get help living the American Dream, and everyone else is out of luck.

The first five states to qualify for these funds – Arizona, California, Florida, Michigan and Nevada have submitted their proposals to the U.S. Treasury for approval and are expected to start disbursing funds this summer.

Some of these proposed state programs are quite generous.  For example, in the state of Florida, the state will make nine months of mortgage payments on behalf of distressed homeowners as long as the lenders agree to forgive another nine months of payments.

Can the rest of us get in on that action?

After all, who couldn’t use a free gift worth 30 thousand dollars or more?

But it just isn’t the U.S. government that is being generous these days.

Bank of America has announced that it wants to give struggling mortgage holders who are collecting unemployment benefits up to nine months with no mortgage payment.

The catch is that mortgage holders would have to agree that if they have not gotten a job within the nine months that they will sign over their house to Bank of America.  Bank of America would then give those customers at least $2,000 to help them with their moving expenses.

Bank of America’s proposal still needs regulatory approval, but on the surface it sounds like a good idea.  It would help everyone who does not have a job and it would keep more people in their homes while helping out Bank of America at the same time.

However, the U.S. government program seems far from fair.

Why are residents of only 10 states going to get help?

Why do taxpayers have to pay for the stupid decisions of Americans who purchased bloated mortgages at the top of the market?

The TARP money was supposed to go to purchase troubled assets.  By giving the money directly to homeowners, the money will be gone and the U.S. government will never get anything in return.

This U.S. government program is yet another example of the folks in Washington wanting to “fix” something by giving out big handouts.

But giving out handouts never was a long-term solution to anything.

All it does is get the U.S. government into even more debt.

But if there is one person in the U.S. who is deserving of some mortgage help, it is probably 100-year-old Agnes Albinger of Illinois.  She has lived on her 70-acre farm for longer than most of us have been alive, but now she is being foreclosed on.  She has raised 40 foster children there and had planned to die on the farm, but now she may be forcibly removed.

The really sad thing is that people who really need some mortgage help like Agnes will probably never get any, while spoiled yuppies who got into trouble with their mortgages in Nevada or California will end up with tens of thousands of dollars worth of mortgage assistance.

Isn’t it such a great country that we live in?