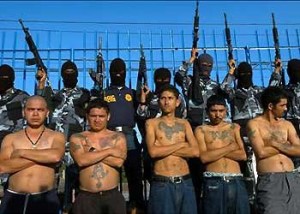 Many people wonder why so many of us are so hard on illegal immigration.  Well, it is not because we are against migrant workers coming into the United States to help agricultural giants pick fruit.  Certainly those workers should not be entering the country illegally – so if there is a real need for them a mechanism for bringing them in legally should be worked out.  No, the reality is that securing our border is actually a national security issue.  Federal agents and local law enforcement officials are now openly announcing that they are outgunned, outmanned and are increasingly being shot at by the Mexican drug cartels that are openly conducting military operations inside the United States.  Things have actually gotten so bad that the U.S. government is warning U.S. citizens to permanently stay away from certain areas of Arizona.  The truth is that so many of us are so worked up about illegal immigration not because we want to deny the “American Dream” to all of the people south of the border, but rather because we are actually witnessing a military invasion of our soil by some of the most ruthless and powerful drug cartels on earth.  It is unconscionable for our politicians to stand by and do nothing to secure the border as foreigners continue to pour in and openly conduct military operations against the American people.

Do you doubt that things are really that bad?

Well, let’s listen to what federal agents and local law enforcement officials along the border are saying.

Federal border officials recently said that Mexican drug cartels have not only set up shop on American soil, they are actually  maintaining lookout bases in strategic locations in the hills of southern Arizona.  From these forward bases, the armed drug cartel scouts can monitor every move made by U.S. border agents and law enforcement officials.  Federal agents say that drivers regularly bring these drug cartel scouts food, water, batteries for radios and everything else that they need to stay in the wilderness for long periods of time.

One agent who patrols the border and who asked to remain anonymous told Fox News the following….

Not only that, but Arizona police have been openly threatened that if they try to interfere with all of this drug traffic they will be “taken out” by drug cartel snipers.

Yes, this is actually happening in 2010.

There is open war along the U.S. border and the Obama administration refuses to lift a finger.

And it is open warfare that is taking place.

In the video posted below, take special note of the following quotes from Pinal County Sheriff Paul Babeu….

“Local law enforcement cannot handle and stop this on our own.”

“We are outgunned, we are outmanned and we don’t have the resources here locally for us to fight this.”

And yet for years they have refused to do their duty to protect the American people.

This next video is a news report that explains how the U.S. government has now actually made some parts of Arizona permanently off-limits to U.S. citizens because of the threat of violence from Mexican drug cartels….

Things are totally out of control.

In light of all this, it is no wonder why Arizona passed the new law that it did.

But instead of letting Arizona protect their citizens, and instead of focusing on trying to figure out how to solve the Gulf of Mexico oil spill crisis, Barack Obama has decided to declare war – on the state of Arizona.

That’s right – instead of stopping this military invasion by Mexican drug cartels, Barack Obama is fighting to force Arizona to stand down.

Meanwhile, other communities around the United States are taking their cue from Arizona.

For example, residents of Fremont, Nebraska, recently voted in favor of a measure that makes it illegal to harbor, hire, or rent property to an illegal immigrant.

That will discourage illegal workers from coming in, but it still won’t do anything to stop the drug cartels from running rampant because they don’t need jobs.

So what is Obama’s solution?

Well, it is being reported that several U.S. Senators have learned of a possible plan by the Obama Administration that would provide mass amnesty for all illegal aliens without a vote by Congress.

And Obama would continue to leave the border wide open.

So why is he leaving the border wide open?

Well, that is actually very complicated, but Senator Kyl believes that he knows one reason.  According to Senator Kyl, Barack Obama told him that he’s not securing the U.S. border on purpose….

Of course Barack Obama denies this.

But if Barack Obama is using the border as a bargaining chip to get “comprehensive immigration reform” pushed through, then there are hardly words to express how disgusting that is.

The truth is that we can secure the border if we want to.  We have secured the border between North Korea and South Korea for over 50 years.  During that time not a single North Korean has gotten through illegally.

And securing the border is a national security imperative.  Not only are we being openly invaded by Mexican drug cartels, but border officials tell us that an increasing number of radical Muslim jihadists are sneaking over the Mexican border into the United States.

Considering how huffy politicians in Washington D.C. get about the threat of terrorism, how in the world can they allow millions of people to continue to enter the country unchecked across the Mexican border?

Frankly, it is a recipe for national suicide.

No politician should ever utter one word about “national security” unless they are willing to secure the border.  Otherwise they are engaged in rank hypocrisy.

Whether you are pro-immigration or anti-immigration, one thing that we should all be able to agree on is that we do not want armed Mexican drug cartel smuggling bands and radical Islamic terrorists crossing our borders. 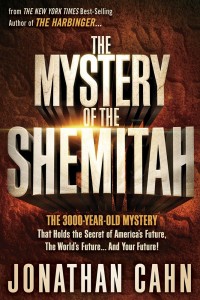