How would you feel if you found out that heroin was being sold in broad daylight in front of the school that your child was attending?  Well, that is precisely what is happening up in Detroit.  When one of my readers told me that heroin was being sold directly in front of the high school in Detroit that he graduated from, I could hardly believe it.  But as you are about to see, it is true.  Hidden cameras have captured footage of heroin deals going down directly in front of Cass Tech High School in Detroit while kids were waiting for their buses.  We are starting to see more and more of this kind of thing all over the nation.  What makes this even more tragic is that a major investigation has discovered that the U.S. government has actually been allowing the largest drug cartel in Mexico to import their drugs into this country in exchange for “information”.  So that means that government officials have been selling out our kids just to get some “intelligence” on other cartels.  And it is also common knowledge that some of the biggest banks in the world have been systematically laundering money for the drug lords.  This is why we can’t win “the war on drugs” – the U.S. government and the big banks are often working for the other side.

You have to be pretty bold to sell drugs right in front of a high school in broad daylight while school is in session.  But apparently that is exactly what has been going on in Detroit, and the police are nowhere to be found…

Hidden cameras rolled after school was out for the day, showing viewers how drug dealers, heroin addicts and drug paraphernalia stand directly between kids going from the classroom to their bus.

“The police, where are they?” asked senior Kayla Alexander.

Kids keep their head down and don’t make eye contact as they make their way to the school bus, because in Detroit’s Cass Tech High School, drug dealers are free to sell heroin on the streets in broad daylight all day, every day, right in front of hundreds of school children.

Is this what the future of our country is going to look like?

Just watch for half an hour and you can see exactly how it works: customers pull up on Henry Street and place an order. Runners go to a hiding spot where they store the drugs. Guys on bikes make sure no police cars are driving by. Hundreds of deals a day, thousands of dollars trading hands and all under the windows of Cass Tech High School.

Of course now that they have been publicly shamed, the Detroit police will probably show up regularly at that high school for a few weeks.  The drug dealers will just move on and find another place to sell from for a while.

Detroit is certainly not the only place in the country which is experiencing this kind of thing.  Hit shows such as “Breaking Bad” have made dealing drugs seem “cool” again to a lot of people.  In fact, authorities recently discovered that blue meth was being sold down in New Mexico just like on “Breaking Bad”…

That mirrors AMC’s hit drama “Breaking Bad,” which depicted an Albuquerque-based meth operation that cooked up the drug with a blue hue.

Sometimes these drug dealers seem to have quite a sense of humor.  Over in Massachusetts, police recently intercepted 1,250 bags of heroin that were labeled “Obamacare“.

And the frightening thing is that it is being reported that heroin use is on the rise all over the nation.  In fact, Dr. Manny Alvarez says that heroin use among young adults and teens is “out of control“.

Why can America never seem to win the “war on drugs”?

An investigation by El Universal found that between the years 2000 and 2012, the U.S. government had an arrangement with Mexico’s Sinaloa drug cartel that allowed the organization to smuggle billions of dollars of drugs while Sinaloa provided information on rival cartels.

Sinaloa, led by Joaquin “El Chapo” Guzman, supplies 80% of the drugs entering the Chicago area and has a presence in cities across the U.S.

You can read the rest of that article right here.  If this is even partially true, then there are a whole lot of important people in the Clinton, Bush and Obama administrations that have broken the law and betrayed the American people.  So far the big news channels are being strangely quiet about all of this, but if this does get out it could be a political scandal unlike anything that we have ever seen before.

And why does the U.S. government need information on “rival cartels” anyway?  The reality is that the NSA systematically intercepts virtually all forms of electronic communication anyway.  In fact, we just learned that the NSA has actually “implanted software” on 100,000 computers around the planet…

The National Security Agency has implanted software in nearly 100,000 computers around the world that allows the United States to conduct surveillance on those machines and can also create a digital highway for launching cyberattacks.

While most of the software is inserted by gaining access to computer networks, the N.S.A. has increasingly made use of a secret technology that enables it to enter and alter data in computers even if they are not connected to the Internet, according to N.S.A. documents, computer experts and American officials.

Has your computer been infected?

If it was, you would probably never even find out.

The NSA is already gathering plenty of “information”.  The U.S. government certainly does not need Sinaloa to provide them with intel about rival cartels.

And freely allowing the biggest drug cartel in Mexico to import drugs into our major cities which will be used by our children and young adults is a crime of the highest magnitude.  Let us hope and pray that those responsible for this will be held accountable.

In addition, it is an open secret that big banks around the globe have been laundering drug money for years.  The following is an excerpt from an article that appeared in a major UK newspaper…

Drug money worth billions of dollars kept the financial system afloat at the height of the global crisis, the United Nations’ drugs and crime tsar has told the Observer.

Antonio Maria Costa, head of the UN Office on Drugs and Crime, said he has seen evidence that the proceeds of organized crime were “the only liquid investment capital” available to some banks on the brink of collapse last year. He said that a majority of the $352bn (£216bn) of drug profits was absorbed into the economic system as a result.

The truth is that we will never win the “war on drugs” with so much corruption going on.

And as you just read about, it starts at the very top. 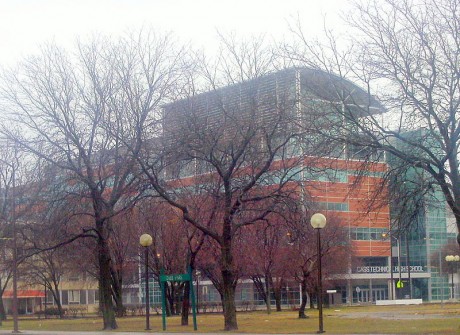