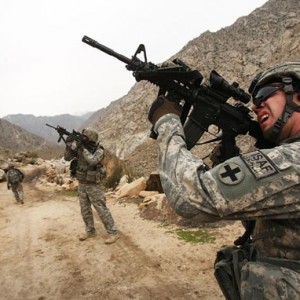 How in the world does anyone expect the U.S. military to be successful in bringing peace to Afghanistan?  The Taliban is constantly reinforced and supplied from bases in Pakistan, they are constantly being supplied with arms by Iran, and the Saudis keep sending them huge amounts of cash.  Meanwhile, U.S. troops are expected to endlessly patrol a land teeming with radical Islamic militants, many of which would just love to brag to their buddies about how they killed a U.S. soldier.  U.S. forces have now been in Afghanistan for nine years (keep in mind that the U.S. was in World War II for less than 4 years) and the conflict against the Taliban seems to have no resolution in sight.  The U.S. has been successful in imposing a limited form of democracy, but the truth is that the Afghan government is composed of radical Muslims that have no interest in such things as freedom of speech and freedom of religion.  The truth is that the “Afghan Dream” does not even remotely resemble the American Dream.  In fact, the current Afghan government is so questionable that many people are openly asking what difference there really is between this new government and the old one under the Taliban.

Up to this point, it is estimated that the U.S. government has spent over 247 billion dollars on the war in Afghanistan.

So what have we gotten for 247 billion dollars?

Other than occupying a land filled with goat herders and radical Muslims, not that much.

So how in the world can the drug trade in Afghanistan dramatically increase with our troops occupying that country?

Meanwhile, General Stanley McChrystal says that coalition forces are attempting to stop Iran from sending arms to the Taliban and from training their fighters.

According to McChrystal, Afghan insurgents are being trained inside Iran and are being given weapons by the Iranians to use in fighting NATO forces.

First of all, if Iran is actually doing this, it is an open act of war against the United States.

Secondly, it shows how impotent the United States has become if they allow this to continue to go on.

What kind of foreign policy are we running anyway?

If Iran is giving arms and training to the enemy that we are at war with, then there is no excuse for not striking Iran back.

At the same time, it is being reported that millions of Saudi dollars have flowed into Afghanistan over the past four years, the country’s intelligence officials say, with the sponsorship of terrorism its most likely use.

One major U.K. newspaper recently ran a major article about the flow of this money into Afghanistan….

According to members of the Afghan financial intelligence unit, FinTraca, the funds, totalling more than £920 million, enter from Pakistan, where they are converted into rupees or dollars, the favoured currency for terrorist operations.

“We can trace it back as far as an entry point in Waziristan,” said Mohammed Mustafa Massoudi, the director-general of FinTraca in Kabul. “Why would anyone want to put such money into Waziristan? Only one reason — terrorism.”

So is anyone else alarmed that millions of dollars that we are spending on Saudi oil could be flowing into the hands of Taliban fighters that are killing U.S. troops?

And the tactics that the Taliban fighters are using are getting dirtier and dirtier.  In fact, Taliban fighters have developed one tactic where they lure NATO troops into areas where there is lots of greenery, as the greenery makes it easy to bury IEDs undetected.

For those who do not know what an IED can do to a soldier’s body, you should visit a medical hospital some time.

But what is really sad is that these soldiers who are fighting so bravely in Afghanistan are often treated very poorly by the U.S. government once they get home.

U.S. government officials seem to be able to do a great job of laying wreaths and holding ceremonies, but when it comes to actually getting military veterans the care and benefits that they desperately need, the attitude seems to be “deny, deny, deny until they die”.

Meanwhile, the “democratic” Afghan government continues to crack down on Christian organizations.  Afghanistan suspended two church-based aid groups on Monday over allegations that the organizations are sharing the gospel of Jesus Christ in the Islamic country.

Didn’t we go over there to bring those people freedom?

So if they don’t have freedom, then what in the world have we actually accomplished? 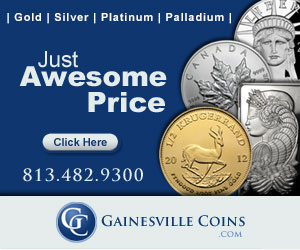