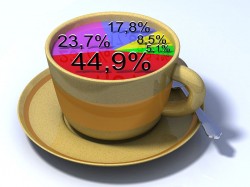 You didn’t think that state governments would rack up all of this debt without eventually coming after your money, did you?  In 2011, dozens of U.S. states are either implementing tax increases that have already been passed or are debating new tax increases that have recently been proposed.  In most states, the actual state income tax is not being raised.  State politicians have learned that voters really tend to get angry when that happens.  Rather, our politicians on the state level are looking for taxes and fees that won’t be “noticed” that they can raise.  For example, cigarette taxes, alcohol taxes, gas taxes, carbonated beverage taxes and phone taxes get raised a lot because the voters do not pay them directly to the government and typically they do not get noticed as much.  Another huge area where state politicians love to raise money is through various “fees”.  For instance, millions of Americans have noticed that car registration fees and license fees have absolutely soared in recent years.  Instead of our politicians coming at us with one big, huge tax increase that we would surely notice, they are hitting us with dozens of smaller tax hikes and fee increases that they are hoping we will not get upset about.  The truth is that the average American pays literally dozens of different kinds of taxes each year, and it still isn’t nearly enough to cover the horrific debts that our politicians have piled up.

Today, state and local government debt has reached at an all-time high of 22 percent of U.S. GDP.

Government debt is not just a federal problem.  Most of our state governments are absolutely drowning in red ink.

Have you been watching the headlines lately?

In fact, there are very few states that are not on the verge of a financial meltdown.

Well, our state governments are going to come and take even more of our money away.

What did you think was going to happen?

According to the National Association of State Budget Officers, over the past couple of years a total of 36 out of the 50 U.S. states have raised taxes or fees of some sort.  Other organizations put that number even higher.

Illinois – In the state of Illinois, lawmakers are attempting to push through a 66 percent increase in the personal income tax rate.  There is also a proposal to more than double the tax on cigarettes.

Connecticut – Dan Malloy is asking state legislators to approve the biggest tax increase that the state has seen in two decades.

Maryland – Lawmakers in Maryland are looking at raising taxes on gasoline and alcohol, among other things.

Georgia – Residents of Georgia will soon see a substantial increase in sales taxes on everything from groceries to water, higher cigarette taxes and possibly even higher phone taxes.

Washington State – Lawmakers in the state of Washington are proposing higher taxes on cigarettes, carbonated beverages and “hazardous substances”.

Sadly, there are many more examples which could be mentioned.  Tax increases are being proposed so rapidly all over the nation that it is incredibly difficult to keep up with them all.

So have your taxes been raised lately?

Many of you probably have already noticed that more money is being taken out of your paychecks now than compared to just a few years ago.

In most U.S. states, unemployment insurance payroll taxes have been raised substantially.

But what did you think was going to happen when so many people lost their jobs?

We all have to support all of those unemployed American workers one way or another.  We didn’t say anything when they shipped millions of middle class jobs overseas, so now we have to pay higher taxes to support the millions of workers that have lost their jobs.

Does that make you mad?

But we didn’t provide U.S. workers with good jobs and so now we have to pay higher taxes to keep them from starving.

Meanwhile, our local “law enforcement authorities” are being turned into revenue raising agents.

In many areas of the country it is now difficult to get the police to come out even if someone has stolen your car or broken into your home.

Well, because they are all out writing tickets and raising money for the government.

And some of the fines being slapped on people in some areas of the country are absolutely outrageous.  For example, from now on if you are caught jaywalking in the city of Los Angeles you will be slapped with a $191 fine.

Speeding tickets in many areas are becoming horribly expensive as well, and even the police realize what is going on.  For example, just consider what Sgt. Richard Lyons says is going on in his community….

“They’re trying to use police officers to balance the budget on the backs of drivers, and it’s too bad. The people we count on to support us and help us when we’re on the road are the ones who end up paying the bills, and they’re ticked off about it. We might as well just go door to door and tell people, ‘Slide us $100 now since your 16-year-old is going to end up paying us anyway when he starts driving.’ You can’t blame people for getting upset.”

Some areas of the country have found that it is even more efficient to automate the process of sucking the revenue out of us.

In America today, drivers are not citizens to be served – they are revenue sources to be tapped.

Have you been tapped lately?

But even with all of the tax hikes, fee increases and “revenue raising”, our state and local governments are still drowning in debt.

So where does all of this end?

What is America eventually going to look like if all of this continues?

Those are some hard questions.  Please feel free to leave a comment if you think that you have some answers….