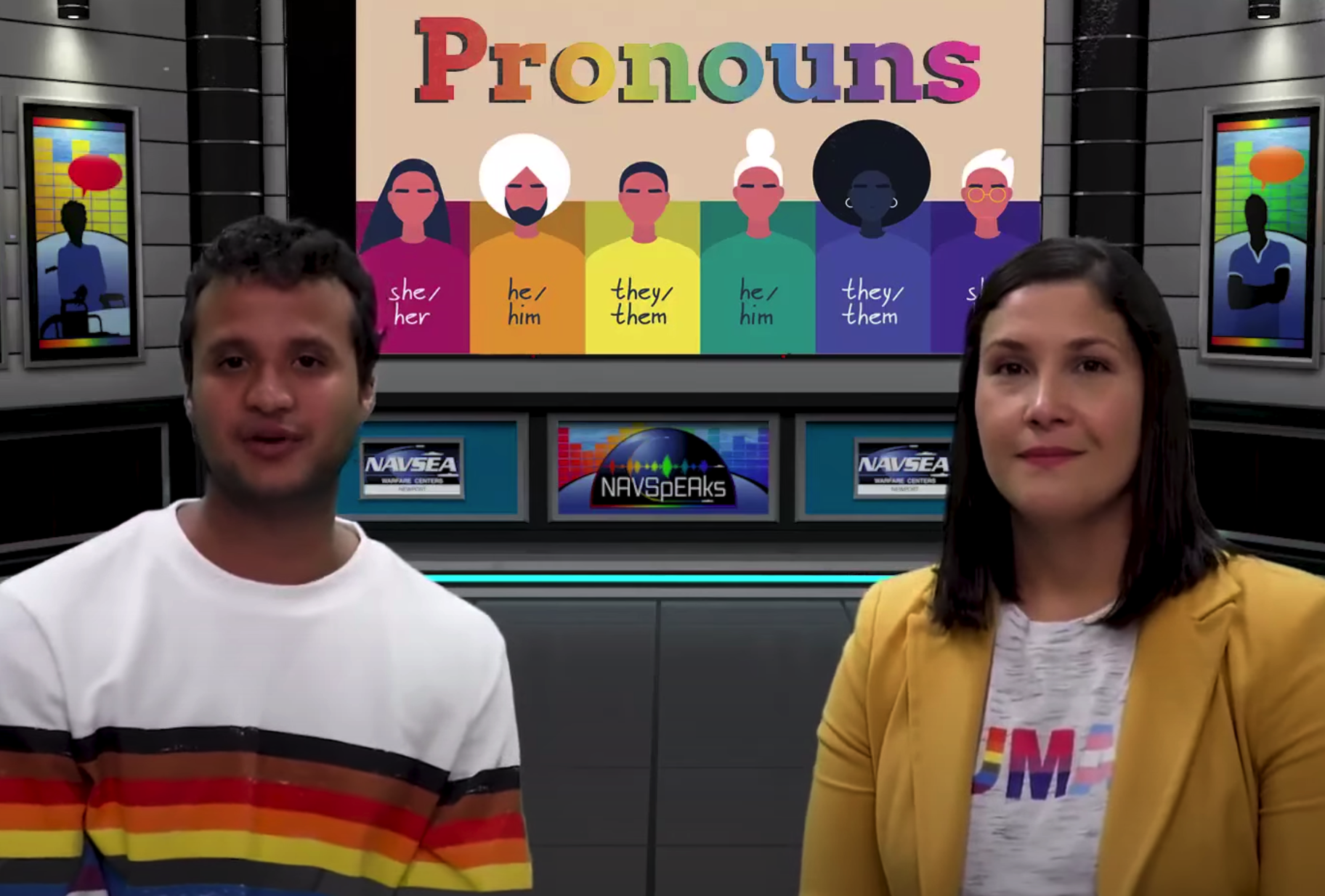 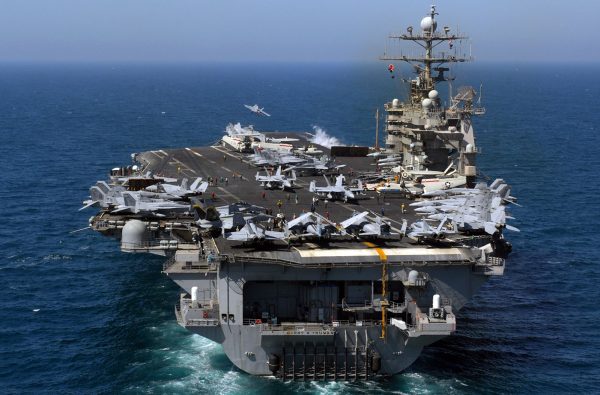 Should we be surprised that so few young adults want to serve in the U.S. military?  When I was growing up, serving in the U.S. military was considered to be a noble profession.  My own father was in the U.S. Navy throughout all my years in school, and I never once thought that he should leave to get a different job until he finally decided that it was time to retire.  But now Joe Biden and his politically correct minions at the Pentagon have transformed our military into a laughingstock, and that should deeply grieve all of us.  The U.S. military is one of our most important national institutions, but it continues to get weaker and weaker.

According to NBC News, every single branch of our military is having difficulty with recruiting in 2022…

Every branch of the U.S. military is struggling to meet its fiscal year 2022 recruiting goals, say multiple U.S. military and defense officials, and numbers obtained by NBC News show both a record low percentage of young Americans eligible to serve and an even tinier fraction willing to consider it.

The officials said the Pentagon’s top leaders are now scrambling for ways to find new recruits to fill out the ranks of the all-volunteer force. Defense Secretary Lloyd Austin and Deputy Secretary of Defense Kathleen Hicks consider the shortfall a serious issue, said the officials, and have been meeting on it frequently with other leaders.

The Army is having the biggest problem with recruiting.

At this point, the Army has only reached 40 percent of its goal for this fiscal year.

That is terrible, because the fiscal year ends on September 30th.

Officials are primarily blaming a couple of factors for the shortfall.  The pool of young people that are actually eligible for the military is shrinking, and the percentage of those that are eligible that actually intend to serve is also shrinking…

The pool of those eligible to join the military continues to shrink, with more young men and women than ever disqualified for obesity, drug use or criminal records. Last month, Army Chief of Staff Gen. James McConville testified before Congress that only 23% of Americans ages 17-24 are qualified to serve without a waiver to join, down from 29% in recent years.

An internal Defense Department survey obtained by NBC News found that only 9% of those young Americans eligible to serve in the military had any inclination to do so, the lowest number since 2007.

I think that it says a lot about our society that 77 percent of our young people are not even qualified to serve in the military.

That is absolutely pathetic.

And it is really alarming that such a low percentage of those that are actually eligible have any desire to do so.

How can we explain this?

Well, here are 3 reasons why a lot of young people out there are shunning the military these days…

Traditionally, a high percentage of military recruits come from homes that are both conservative and patriotic.

But thanks to the Biden administration, the U.S. military has now become a politically correct madhouse…

Under a DoD Instruction, all military personnel must embrace the notion that gender is “assigned at birth,” even though human DNA and chromosomes in every cell determine biological sex long before birth. Doctors, nurses, and chaplains must provide or support controversial treatments for gender dysphoria, including life-long hormones or irreversible surgeries, regardless of their own medical ethics or religious convictions.

And of course each June the political correctness in the military tends to reach a crescendo, and this year is certainly no exception…

Marine Corps headquarters tweeted an image of a helmet sporting six rainbow-colored “bullets.” Air Force Recruiting posted a picture of trainees running with a rainbow striped banner, not the Stars and Stripes, and in Germany, Ramstein Air Force Base sponsored their second “Drag Queen Story Time” for children.

If General Patton could see what our military has become, he would be rolling over in his grave.

But even though our military leaders are being relentlessly ridiculed, they keep producing more cringe-inducing videos for social media like this one…

What is a self-respecting young conservative that is thinking about joining the military supposed to think when he sees something like that?

I warned that good people would be driven away from the military by the vaccine mandates that Joe Biden implemented, and that is precisely what has happened.

Needless to say, the majority of those that are opposed to vaccine mandates are conservative, and as I have already noted conservatives traditionally make up the largest pool of military recruits.

And not only is the military losing recruits, but it is also losing countless good people that are already serving in the ranks.

For example, it is being reported that tens of thousands of National Guard soldiers are “no longer allowed to participate in their military duties” because they have refused to be vaccinated…

Some 40,000 National Guard and 22,000 Reserve soldiers who refused to be vaccinated against COVID-19 are no longer allowed to participate in their military duties, also effectively cutting them off from some of their military benefits, Army officials announced Friday.

“Soldiers who refuse the vaccination order without an approved or pending exemption request are subject to adverse administrative actions, including flags, bars to service, and official reprimands,” an Army spokesperson said in a statement.

There is a significant chunk of the population that will not even consider military service for the foreseeable future because of the absurd vaccination policies of the Biden administration.

That is extremely unfortunate, because large numbers of really good people are being rejected for no good reason at all.

The war in Ukraine has fundamentally changed how many view service in the U.S. military.

In the past, serving in the military could mean dying in action, but that was mostly for personnel serving on the front lines in places such as Iraq or Afghanistan.

But if our proxy war with Russia in Ukraine becomes an actual shooting war between our two nations, it could rapidly become a nuclear conflict.

And if there is a nuclear war between the United States and Russia, all of our military bases will be prime targets.

You can find a list of all of our military bases on Wikipedia right here.  If you are working on a military base and the Russians launch a surprise first strike, you will almost certainly be among the 20 percent of the U.S. population that will instantly be wiped out during such an attack.

I know that there are a lot of young people out that there have no intention of needlessly dying in a pointless war with Russia, and I can’t blame them for seeing things that way.

As the quantity and the quality of recruits continues to go down, we can see the impact that this is having on our military in countless ways.

For example, we just learned that a 65 million dollar Super Hornet was simply blown off one of our aircraft carriers in the Mediterranean Sea by bad weather…

On July 8, 2022, an F/A-18 Super Hornet assigned to Carrier Air Wing (CVW) 1, embarked aboard USS Harry S. Truman (CVN 75), blew overboard due to unexpected heavy weather in the Mediterranean Sea. The carrier was conducting a replenishment-at-sea, which was safely terminated through established procedures.

The Navy has not yet made a determination if the service will recover a F/A-18 Super Hornet that blew off the deck of USS Harry S. Truman (CVN-75).

The service announced Sunday that the Super Hornet was blown overboard on Friday due to heavy weather in the Mediterranean Sea. There was no personnel in the aircraft at the time, U.S. Naval Forces Europe-Africa spokesperson Cmdr. Richlyn Ivey said in a statement to USNI News on Monday.

U.S. 6th Fleet is still reviewing how to recover the aircraft, Ivey said.

The incompetence that we are witnessing on a regular basis in the military now is absolutely mind blowing.

Of course the same thing could be said about the incompetence that we are witnessing on a regular basis from our federal government.

We better hope that a major war doesn’t erupt any time soon, because we are definitely not ready for one.