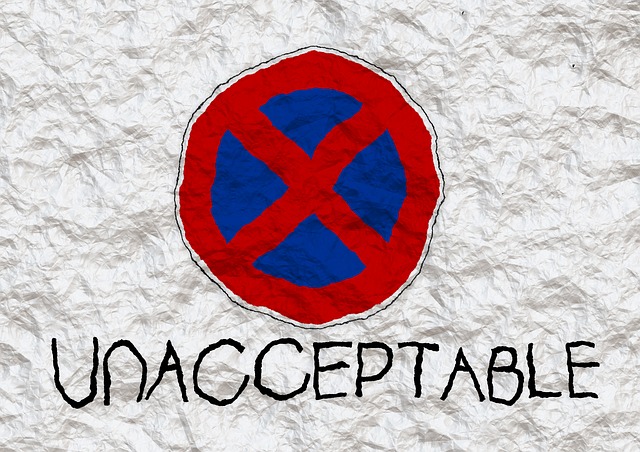 Christianity is being criminalized in the United States.  No, I am not talking about the kind of Christianity that is so prevalent in America today where “Christians” just ignore what the Bible says and do whatever they wanted to do in the first place anyway.  Rather, I am talking about the kind of faith that Kim Davis has demonstrated.  Christians all over this country are being put into positions where they must choose to either submit to the “new morality” or potentially lose their jobs.  For Kim Davis, deciding to take a stand meant that she was thrown into prison.  The radical judge that threw her into prison has said that she will stay there until she is willing to change her mind.

The pace of which our nation is circling the toilet is absolutely breathtaking.  Just eleven years ago, a state constitutional amendment that banned gay marriage in Kentucky received support from 75 percent of the voters.

Now, Kim Davis has been locked away, and more county clerks may be next.  There is news that another county clerk named Casey Davis has stepped forward to say that he won’t issue any same sex marriage licenses either.

What in the world has happened to America?  We live in a country where Christians are being imprisoned for what they believe, but Planned Parenthood is free to slaughter babies, chop them up, and sell off their parts to the highest bidder.

We better start paying attention.  What is happening right in front of our eyes is eerily reminiscent of what happened in Nazi Germany…

Rowan County Clerk Kim Davis entered her fourth day as an inmate at the Carter County Detention Center Sunday, after refusing to license gay marriage. About 300 people gathered on the lawn outside the jail to support her Saturday, chanting “thank you, Kim” and waving signs that said “Kim Davis for President” and “God gives his hardest battles to his strongest soldiers.”

Davis was held in contempt of court and jailed on Thursday for refusing to issue marriage licenses to same-sex couples, despite being ordered to do so several times by the courts.

Mathew Staver, Davis’s chief legal counsel, compared her persecution to that of Jews faced in Nazi Germany. Staver told the radio show “Crosstalk” Wednesday, “[Davis is] there to do a duty, a job and the job duty was changed. Does that mean that if you’re Christian, don’t apply here? … What happened in Nazi Germany, what happened there first, they removed the Jews from government public employment, then they stopped patronizing them in their private businesses, then they continued to stigmatize them, then they were the ‘problems,’ then they killed them.”

In the future, Bible-believing Christians are going to be completely disqualified from being county clerks or holding any other government position that deals with marriage.

But it won’t stop there.  Ultimately, any Christians that will not go along with the new morality will be labeled a “bigot” and a “hater” and will essentially become unemployable.

If you don’t believe me, just consider what happened to the CEO of Mozilla.  He was extremely good at his job, but he was forced out when it was revealed that he had once donated $1,000 to a group that supported Proposition 8.  It didn’t matter that 52 percent of Californians actually voted in favor of Proposition 8.  He broke “the code”, and so he was not fit to run a major tech corporation.

By extension, that means that no Bible-believing Christian is fit to run a major tech corporation.

And if you are a Christian, don’t think about a career as a high ranking military official either.  According to a startling Buzzfeed report, Barack Obama actually told the top military officers in this nation that they could either support the end of Don’t Ask, Don’t Tell or they could resign…

In a meeting with the heads of the five service branches in 2010, President Obama offered the leaders a choice: Support my efforts to end the military’s Don’t Ask, Don’t Tell policy, or resign, the Commandant of the Coast Guard said.

In a video obtained by BuzzFeed via a Freedom of Information Act request, Coast Guard Commandant Adm. Robert Papp revealed that Obama was unwilling to compromise with service leaders over DADT during a meeting in 2010. “We were called into the Oval Office and President Obama looked all five service chiefs in the eye and said, ‘This is what I want to do.’ I cannot divulge everything he said to us, that’s private communications within the Oval Office, but if we didn’t agree with it — if any of us didn’t agree with it — we all had the opportunity to resign our commissions and go do other things,” he said.

It is becoming unacceptable to be a Bible-believing Christian in America, and it is only going to get worse in the years ahead.  The following is what Carl Gallups, the author of “Be Thou Prepared“, had to say about this in a recent piece for WND…

The imprisonment of Kim Davis won’t be the end of the insanity infecting America. We have been given over to a depraved mind, and the travesty inflicted upon this brave believer is unprecedented in American history as far as I know. I do not believe that anyone, public official or private citizen, has ever been jailed simply because of his or her firmly held faith-belief that marriage is between a man and a woman and not between two men or two women.

This is how it starts.  In television shows and movies, Bible-believing Christians are being relentlessly mocked.  Laws are being passed that are slowly marginalizing believers and that are trying to force us to accept things that we simply cannot accept.  And even now, many employers will not even think of hiring you if they discover that you are a committed follower of Jesus Christ.

And just like in Nazi Germany, eventually the persecution becomes more overt and more violent.  On Saturday, a non-denominational church in New York was firebombed…

Police in New York are investigating after a firebomb was thrown inside of a door at a non-denominational church on Saturday.

The incident occurred early Saturday morning at approximately 5:30 a.m. as a yet unidentified suspect threw a Molotov cocktail threw a glass door at the Chapel at Crosspoint in Getzville. The explosive then started a fire in the vestibule, which set off the sprinkler system and flooded the entryway.

The Getzville Fire Department and the Amherst Police Department responded to the four-alarm incident, according to assistant Police Chief Charles Cohen.

The culture is turning radically against us, and what we have seen so far is just the beginning.

So are you willing to give up your job, your future and potentially even your freedom for your faith?

Tell us what you think by posting a comment below…