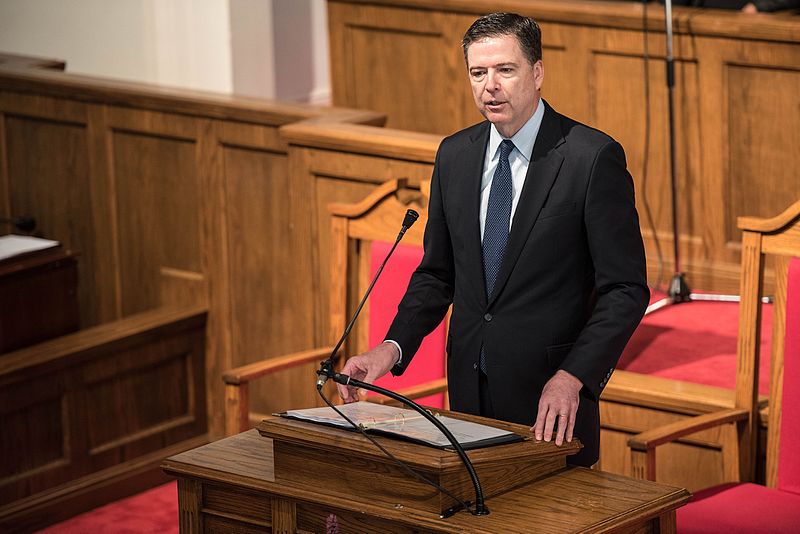 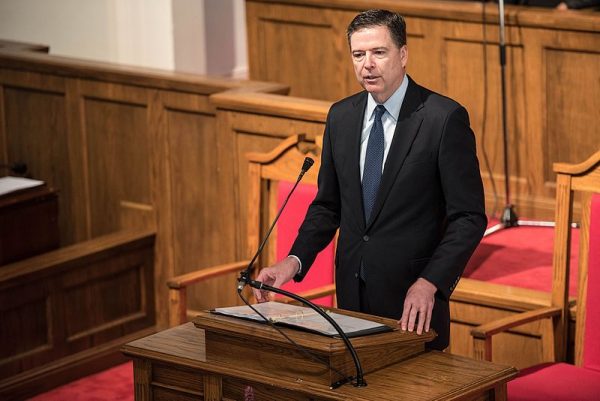 Democrats are hoping that the testimony that former FBI Director James Comey will deliver on Thursday will be enough to take Donald Trump down for good. Comey released a written preview of his testimony on Wednesday, and it was obviously intended to draw even more attention to what is already being described as “the most highly-anticipated Congressional hearing in decades”. CNN is breathlessly declaring that “James Comey just went nuclear on Donald Trump”, and Texas Democratic Representative Al Green is already planning to draft articles of impeachment even though the testimony hasn’t even happened yet. Unfortunately for those that would like to see Trump go, even if every single thing that James Comey is claiming is true (and that is a very big “if”), there is still no evidence that Trump is guilty of any crime.

There are many other things that we could discuss, but the core of this case is going to come down to a conversation that Trump and Flynn had on February 14th…

The Democrats think that they can nail Trump to the wall with this. According to former White House ethics czar Norman Eisen, this testimony by Comey “is the equivalent of the Nixon tapes”…

Eisen compared the news revealed in Comey’s testimony to former President Richard Nixon’s secret recording of his phone calls in meetings at the White House when he was in office, which eventually played a role in his resignation.

“This moves us into the same realm as Nixon’s obstruction, maybe worse,” he continued. “This is the equivalent of the Nixon tapes. We are headed into very, very choppy waters.”

“If that isn’t obstruction of justice, I don’t know what is,” Toobin said.

I don’t know what law school Toobin attended, but he is clearly wrong on this point.

There are several federal statutes that could apply in this case, but the most important one is 18 U.S.C. § 1505. In order for obstruction of justice to be proven under 18 U.S.C. § 1505, there are a number of elements that must be clearly established. In this case, prosecutors would have an exceedingly difficult time proving that Trump acted “corruptly”, but the even bigger problem would be the fact that there was no “proceeding” taking place at the time.

Whoever, with intent to avoid, evade, prevent, or obstruct compliance, in whole or in part, with any civil investigative demand duly and properly made under the Antitrust Civil Process Act, willfully withholds, misrepresents, removes from any place, conceals, covers up, destroys, mutilates, alters, or by other means falsifies any documentary material, answers to written interrogatories, or oral testimony, which is the subject of such demand;  or attempts to do so or solicits another to do so;  or

Whoever corruptly, or by threats or force, or by any threatening letter or communication influences, obstructs, or impedes or endeavors to influence, obstruct, or impede the due and proper administration of the law under which any pending proceeding is being had before any department or agency of the United States, or the due and proper exercise of the power of inquiry under which any inquiry or investigation is being had by either House, or any committee of either House or any joint committee of the Congress–

And some of the greatest minds in the legal world agree with me that there is no obstruction of justice in this case. For example, consider what George Washington University law professor Jonathan Turley recently had to say about this…

There are dozens of different variations of obstruction charges ranging from threatening witnesses to influencing jurors. None would fit this case. That leaves the omnibus provision on attempts to interfere with the “due administration of justice.”

However, that still leaves the need to show that the effort was to influence “corruptly” when Trump could say that he did little but express concern for a longtime associate. The term “corruptly” is actually defined differently under the various obstruction provisions, but it often involves a showing that someone acted “with the intent to secure an unlawful benefit for oneself or another.” Encouraging leniency or advocating for an associate is improper but not necessarily seeking an unlawful benefit for him.

Then there is the question of corruptly influencing what? There is no indication of a grand jury proceeding at the time of the Valentine’s Day meeting between Trump and Comey. Obstruction cases generally are built around judicial proceedings — not Oval Office meetings.

Finally, there is the allegation of obstruction of justice growing out of President Trump’s firing of FBI Director James Comey and his alleged request to Comey to “let it go” with regard to his fired national security advisor Michael Flynn. None of this, in my view, rises to the level of criminal obstruction, because all of the president’s actions were within his constitutional and statutory authority. But even if it were a crime, it is unlikely that a sitting president could be indicted and prosecuted for what is alleged against Trump.

Turley and Dershowitz are both extremely liberal, but at least they are honest enough to give us a balanced assessment of what the law actually says on these matters.

If Comey is being accurate, Trump’s conversations with him may have been inappropriate, but no crimes were committed.

Of course that isn’t going to stop the Democrats from trying to impeach him. If this current angle fails, I am hearing that they are planning an all-out push to get rid of Trump if they are able to take back both the House and the Senate in 2018. Let us hope that does not happen, because it is extremely difficult to be an effective president with the threat of possible impeachment constantly hanging over you.