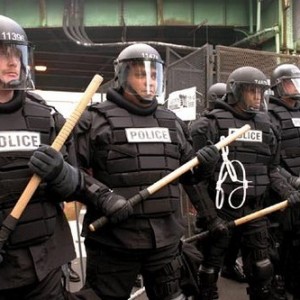 As housing prices have plummeted over the last several years, an increasing number of U.S. homeowners have suddenly found themselves with home loans that are much larger than what their homes are now worth.  So a large number of them have opted for what is known as a “strategic default” – they have simply walked away from their homes and have let the banks take them back.  Many Americans simply decided that it was not a part of their “American Dream” to pay off a loan that is for two to three times what a house is actually worth.  Over the last several years, strategic defaults have enabled more than a million Americans to get out from under crippling mortgages.  But now, Fannie Mae has announced a massive nationwide crackdown on strategic defaults.  Fannie Mae says that it will be closely examining the mortgage data to determine who is strategically defaulting and who is not, and they are going to be “going after” those who they believe have committed strategic defaults.

So what can Fannie Mae do to those who have committed strategic defaults?

Well, the truth is that mortgage laws vary widely from state to state.  But in areas where they are permitted, Fannie Mae plans to pursue deficiency judgments.  A deficiency judgment is a court order that requires a defaulting borrower to pay the entire remaining unpaid portion of the mortgage after a foreclosed home is sold.

In addition, Fannie Mae says that it will also seek all costs associated with getting a house back on the market.

And that threat has some real teeth to it, because there aren’t too many places where you can get a home loan these days.  In fact, mortgages bought or backed by Fannie Mae, Freddie Mac or the Federal Housing Administration accounted for 95% of all new U.S. home loans last year.

Freddie Mac already “blacklists” strategic defaulters for five years, and it has announced that it will study what Fannie Mae has done and will “consider additional changes to our polices as needed to responsibly manage risks.”

The Federal Housing Administration is cracking down too.  Legislation currently pending in the U.S. Congress would impose a lifetime ban on FHA loans to strategic defaulters.

The party is over.

Can you imagine walking away from a mortgage only to have Fannie Mae come after you for $250,000 a couple years later?

There are a lot of people out there who are going to be in for a rude wake up call.

So just how many people have done strategic defaults?

Well, in the past year it is estimated that at least a million Americans who could have afforded to stay in their homes chose to walk away.

And the number of those choosing to strategically default seems to be growing.

In fact, 31 percent of all U.S. foreclosures in March were identified as strategic defaults by researchers at the University of Chicago and Northwestern University.  That was up significantly from just 22 percent in March 2009.

And with approximately 24% of all homes with mortgages in the U.S. underwater as of the end of 2009, there is the potential for millions more Americans to engage in strategic defaults.

But the reality is that this wave of strategic defaults has absolutely devastated mortgage companies like Fannie Mae and Freddie Mac.

In the first quarter of 2010, Fannie Mae and Freddie Mac saw about 1,000 foreclosures a day, which is one about every 90 seconds.

This gigantic mountain of foreclosures has turned Fannie Mae and Freddie Mac into financial black holes that the U.S. government has to continually pour money into.

The Congressional Budget Office is now projecting that the final bill for the bailouts of Fannie Mae and Freddie Mac could be as high as $389 billion.

But that projection may turn out to be quite conservative.

Other analysts are warning that the cost of bailing out Fannie Mae and Freddie Mac could reach as high as $1 trillion.

Talk about a bailout!

But that is where the U.S. mortgage industry is at.

It is a complete and total mess.

That is why Fannie Mae has decided to crack down on strategic defaults.

Something had to be done to stop the bleeding.

But for homeowners that had been viewing a strategic default as a potential way out of a bad financial mess, this is really, really bad news.