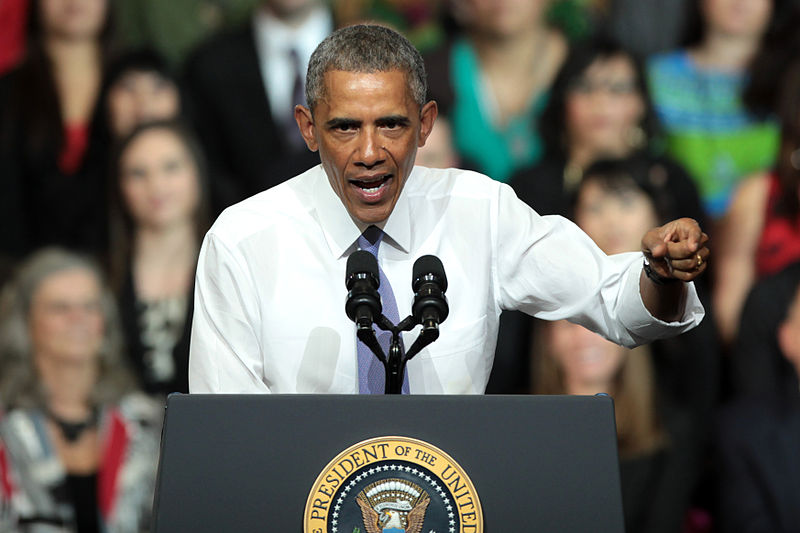 Barack Obama says that we shouldn’t be alarmed by what is happening over in Greece.  On Tuesday, he told reporters that this “is an issue primarily of concern to Europe” and that “I think the markets have properly factored in the risks involved“.  And apparently Obama is not too concerned about the debt crisis in Puerto Rico either.  In fact, the Obama administration has already completely ruled out any sort of federal bailout for the island.  Barack Obama is assuring us that everything is going to be just fine and that we are not headed for another global financial crisis.  So is he correct?

I had to smile when I saw a Politico article today with the following headline: “Barack Obama on Greece: meh“.  While admitting that this crisis is likely to be “very painful for the Greek people”, Obama just doesn’t seem to be impressed by the threat that this crisis poses to the global financial system as a whole…

President Barack Obama downplayed the threat that Greece’s debt crisis poses to the American economy, saying that the Hellenic Republic’s problems would create more woes for the European continent than the United States.

“In layman’s terms, for the American people, this is not something we believe will have a major shock to the system, but obviously it’s very painful for the Greek people, and it can have a significant effect on growth rates in Europe,” which can “have a dampening effect” on global economy, the president told reporters during a joint press conference with Brazilian President Dilma Rousseff.

But should there be a so-called Grexit — or Greek exit from the European financial community — Obama added that “it is important for us that we plan for any contingency, that we work with the ECB and other international institutions to ensure that some of the bumps that occur in the financial markets are smoothed out.”

So should we trust Obama?

Do the authorities actually have everything under control?

On Tuesday, Greece became the first developed nation in decades to miss a debt payment to the IMF.  A referendum on the latest creditor proposals is scheduled in Greece for Sunday, but the government is already urging citizens to vote no.  But a no vote would almost certainly result in any future aid from the EU and the IMF being cut off, and it would also probably mean that Greece will have to leave the euro.

Meanwhile, German Chancellor Angela Merkel has said that there will be “no new talks” with Greece until after the referendum on Sunday, and she sounds like she definitely is not in the mood to offer the Greeks any new concessions.  The following comes from Bloomberg…

Merkel and Hollande, who have repeatedly said they want to hold the euro together, gave the Greek premier no leeway after he broke off negotiations over future bailout aid. Hollande suggested the referendum would determine whether Greece could stay in the 19-nation euro area, while Merkel said Europe’s credibility was at stake with its response.

“If the euro fails, Europe will fail,” Merkel said in a speech in Berlin. “That’s why we have to fight for these principles. We could maybe set them aside in the short term. We could maybe say we’ll just give in. But I say: in the medium and long term, we will suffer damage that way.”

Do you understand what she is saying?

Merkel knows that Italy, Spain, France and a bunch of other eurozone members are going down the exact same path that Greece has gone.

And any deal that Greece gets now will set a precedent for future negotiations with other troubled eurozone members.

So Merkel is attempting to draw a line in the sand.  But in the process, she may end up forcing Greece out of the eurozone entirely.

At this point, the odds of a deal with Greece seem so remote that many analysts are actually projecting that a “Grexit” is imminent…

“A Greek exit has become our base case, which means the risk premia for holding European assets are going to increase,” Hans Redeker, global head of currency strategy at Morgan Stanley, told Bloomberg News. “The European Central Bank will have to act against that.”

The Greek government continues to come up with new proposals for resolving this crisis at the last moment, but nothing seems to be working.  The following is an excerpt from a USA Today article about the bailout request that Greece submitted on Tuesday…

Greece requested a third bailout from the eurozone Tuesday in a last-ditch effort to secure a debt deal before its financial-crisis-era bailout expires and it defaults on a loan from the International Monetary Fund, one of its three international creditors.

The two-year deal, if accepted, would allow Athens a new bailout from the eurozone’s European Stability Mechanism, its $560 billion rescue fund.

As European finance ministers met Tuesday to discuss the proposal, thousands of Greeks took to the streets of Athens, many of them in support of accepting new bailout terms.

Unfortunately for the Greeks, the reaction to that proposal was tepid at best.  One journalist even stated that it looked “more like a dodgy ransom note than a loan application“.

So at this point it looks like nothing is going to get done by this weekend.

We will just await the results of the referendum and go from there.

Even though Greece missed the debt payment that was due on Tuesday, the IMF says that it will give Greece a 30 day grace period before issuing a notice of technical default.

And of course even if Greece did scrape together enough cash for this debt payment, an even larger debt payment is scheduled for next month.  On July 20th, the Greeks are supposed to hand over a payment worth approximately 3.9 billion dollars to the ECB.  Without a handout from someone, the Greeks don’t have a prayer of making that payment either.

Sadly, Greece is not an isolated case.  For example, the Italian economy has contracted by a total of 10 percent since 2008, and its debt to GDP ratio has shot up to 135 percent.  Spain and France find themselves in similar situations.

It is only a matter of time until Italy, Spain and France need the same kind of assistance that Greece has been getting, and they have far larger economies than Greece does.

And let us not forget that thanks to Barack Obama, U.S. debt is on almost the exact same trajectory as Greek debt.  The entire planet is absolutely drowning in debt, and what is happening in Greece and Puerto Rico right now is just a preview of coming attractions.

But Obama insists that we are not heading into a global financial crisis.

He promises that everything is going to be just fine and that we don’t have anything to be concerned about.