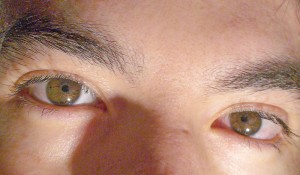 Violent crime is on the rise in the United States, and many Americans are totally fed up.  According to the U.S. Bureau of Justice Statistics, the number of household burglaries rose by 14 percent last year, and the overall rate of violent crime in the United States increased by 18 percent during 2011.  Based on what we have seen so far this year, we will almost certainly see another huge increase once the statistics for 2012 are released.  All over the country criminals are becoming bolder.  Meanwhile, police budgets are being slashed from coast to coast.  Things have gotten so bad in some communities that police are openly admitting that crime is completely and totally out of control.  For example, police in Detroit recently handed out flyers with this message: “Enter Detroit at your own risk“.  Sadly, you can’t even escape the crime and the violence by staying in your own home these days.  Home invasions are becoming increasingly common, and many police departments seem powerless to stop them.  If many of the poorer areas of America today, if you are a victim of a home invasion you will be really lucky to get a police officer to show up a couple of hours later to fill out a report.  A lot of frustrated home owners have had enough and have started to arm themselves to the teeth.  Some have even begun to form armed posses to patrol their own neighborhoods.  We are watching America change right in front of our eyes, and it is frightening to think about what is coming next.

The streets of some U.S. cities have been transformed into war zones at this point.  Juts check out this excerpt from a recent story about the horrific violence that is taking place in Camden, New Jersey…

At the vigil last week, residents prayed that Camden would simply find peace and that the masked gunman who killed Jewel Manire and Khalil Gibson would be caught.

As it grew darker, Michael Benjamin stood toward the back of the crowd, his son huddled even closer now, and shook his head.

“I’ve known at least 45 kids who’ve been killed in my lifetime,” he said, the boy holding his finger. “I stopped counting in 2004, though.”

You may think that talk of “armed posses” patrolling local communities is a little “out there”, but the truth is that it is already happening.

For example, a groups of residents in Josephine County, Oregon have formed “the CAC Patrol“.  They have mounted flashing lights on to their vehicles and they openly carry guns as they patrol their neighborhoods…

There’s no room in the county jail for burglars and thieves. And the sheriff’s department in a vast, rural corner of southwest Oregon has been reduced by budget cuts to three deputies on patrol eight hours a day, five days a week.

But people in this traditionally self-reliant section of timber country aren’t about to raise taxes to put more officers on the road. Instead, some folks in Josephine County, larger than the state of Rhode Island, are taking matters into their own hands — mounting flashing lights on their trucks and strapping pistols to their hips to guard communities themselves. Others have put together a virtual neighborhood watch, using Facebook to share tips and information.

“I believe in standing up for myself rather than waiting for the government to do something for me,” said Sam Nichols, a retired marina manager.

Nichols has organized a posse of about a dozen fed-up residents who have started patrolling the small community of O’Brien, which has about 750 residents.

As home invasions continue to get worse all over the country, I expect that we will see a lot more of this type of thing.

In the old days, we were taught that if burglars enter your home that you should let them take whatever they want and leave.

But these days you simply cannot trust that they will leave you and your family alone.  Many home invaders actually hope to find someone inside that they can rape, and many victims end up dead.

That is exactly what happened to one man in Gary, Indiana the other day…

Last Friday, Jerry Hood, 48, of Gary, Ind., left work and decided to go home during lunchtime. Gary police said Hood, who was with a co-worker, noticed activity in his house and called police for help, but did not wait for police to arrive. Instead he went in and lost his life when he disrupted a home invasion, police say. Hood died from multiple gunshot wounds.

And that is exactly what happened to another man in Pontiac, Michigan recently…

A shootout during a possible home invasion left the 27-year-old owner dead and a suspected intruder wounded, the Oakland County Sheriff’s Office said.

Deputies were called about 3:25 a.m. to an address in the 800 block of Inglewood Avenue near Cesar Chavez, where a home invasion was reported.

A 12-year-old girl down in Oklahoma may have been added to the growing list of dead victims if she had not been willing to shoot first and ask questions later.

The story that she recently told police is absolutely chilling…

“He opened the screen door and started pounded on the door. So I didn’t answer it. And I called my mom. She said to go get the gun and hide in the closet.”

Kendra St. Clair says she stayed in the closet until she thought the coast was clear. So she went to check the back door.

And he was standing there trying to open it. So I got really scared and I called 911.”

She went back to the closet. That’s when she heard the man in the house.

“When I was back there on the phone with 911, I heard the bathroom light turn on that was leading to the closet. And when I saw the door handle turn, I shot him. I guess it went through the door, went through him, and went through the wall.”

What do you think would have happened to that 12-year-old girl if she had not had a gun?

You normally would not think of Oklahoma as a high crime state, but the truth is that home invasions are on the rise all over the nation.

Here is another home invasion story from Oklahoma.  A young mother was home alone with her three-month-old son when two men started breaking into her home.  Fortunately, she had a gun and was willing to use it…

Would you do the same thing to protect your children?

Sadly, criminals are becoming more desperate than ever and many of them do not even care if there is anyone inside the homes that they are invading.

For much more on this, please see my previous article entitled “11 Shocking Home Invasion Horror Stories That Are Almost Too Creepy To Believe“.

Are you starting to see why I believe that more homeowners are going to start taking matters into their own hands?

Some areas of the country that once had very little crime are now seeing crime absolutely skyrocket.

A while back, I shared what one man down in Georgia says is going on in his neck of the woods…

What are you seeing in your neck of the woods?