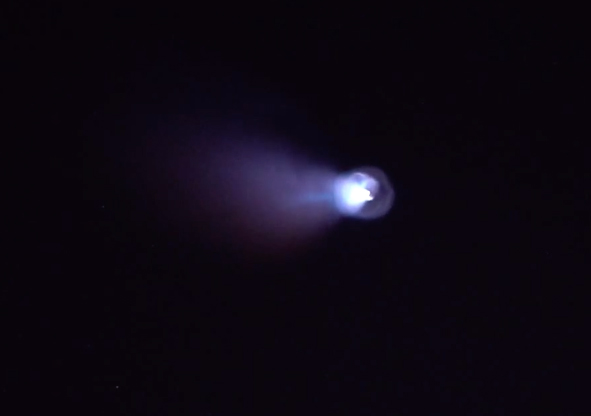 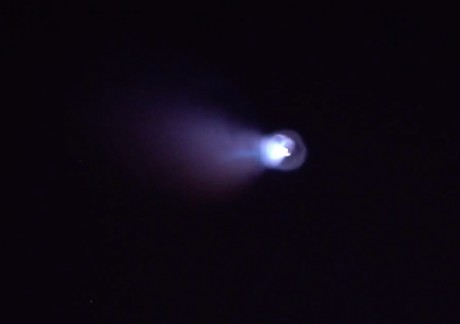 Was the U.S. government trying to send a message to someone on Saturday night?  Just after sunset, an unarmed Trident II nuclear missile was fired from a ballistic missile submarine just off the coast of southern California that was later identified as the USS Kentucky.  It was the absolutely perfect time to attract the attention of millions of people living in the Los Angeles area.  If it had been fired during the day, the missile would have been far less visible.  If it had been fired in the middle of the night, most residents of southern California would have been asleep.  Those that planned the firing of this nuclear missile knew that it would be seen by hundreds of thousands of people and that it would make headlines all over the planet.  So why was this done?

When the U.S. military established a no-fly zone west of Los Angeles for a week, it raised the eyebrows of many.

But nobody expected this.

The unarmed Trident II missile that was fired from the USS Kentucky normally carries a nuclear warhead, and this launch was so visible that it could even be seen by people living in Arizona and Nevada…

The event was seen in Northern California (Santa Rosa) and as far east as Nevada and Arizona (though it was very low to the western horizon from there). This shows just how high up the missile must have been; a couple of hundred kilometers at least, I’d think. It was seen west of Los Angeles, moving roughly south to north. That too makes sense; it was probably launched from the ocean hundreds of kilometers west of LA, sent to the north, away from populated areas. I’m not sure why they didn’t do this even farther west, where no one would see it, but I assume the military has their reasons.

Once the missile was launched, photographs and videos of this strange phenomenon were very quickly posted on YouTube, Facebook and Twitter.  Others alerted law enforcement agencies and their local news stations.

Nobody knew exactly what was going on, but everyone seemed to recognize that this was not normal.  The following comes from a report that was posted on CNN…

Panic and speculation spread Saturday night when a bright white light shot through the night skies in Southern California.

Residents posted a flurry of videos on social media, together with theories of aliens or meteors. Others made panicked calls to law enforcement officials.

Today the Navy is trying to assure all of us that this was perfectly “normal”, but very few people are buying that explanation.

Clearly this was done at a time and in a location that would create a massive amount of attention.

So what kind of message was the government trying to send?

Was this a message to the American people?

Some are suggesting this, but I tend to agree with Mike Adams of Natural News that this was likely a message to our enemies…

Last night’s test launch of the Trident missile over Orange County was staged near a high population area for a tactical reason: To have as many witnesses (and videos) as possible, sending a very visible warning message to China that says, “We can destroy you if you don’t back off.”

The Trident missile, built by Lockheed Martin, is a thermonuclear missile system (Fleet Ballistic Missile) with a range of at least 4,000 nautical miles. See the Trident missile page on the U.S. Navy website. Just one Trident missile launched from somewhere in the Pacific Ocean could devastate China with a nuclear strike on Beijing.

DW.com claims that, even though 36,000 soldiers from various NATO countries including the U.S. have participated in the exercise to defend against “Russia’s military ambitions,” (or what other outlets are simply referring to as “Russian aggression”), the organization is actually at a big disadvantage against Russia, not only because its trying to coordinate 28 member states with different priorities, but Russia’s training events in the last two years have involved up to 80,000 soldiers, more than twice that of NATO.

This all comes at a time when our relationships with both China and Russia are going downhill very rapidly.  For much, much more on this, please see the following two articles which I published within the last month…

–‘Mentally Unstable’ Obama Looking To Start A War With China?

Most Americans don’t realize this, but there is a very real possibility that we could eventually go to war with China.  In fact, Mike Adams of Natural News believes that we are already “in an undeclared state of war” with China…

Right now, the United States and China are in an undeclared state of war. China stands ready to strike the USA with nuclear warheads or high altitude EMP weapons that would destroy the U.S. power grid and cause 90% casualties across the unprepared population. Legendary American journalist Ted Koppel has even written a book about this entitled Lights Out: A Cyberattack, A Nation Unprepared, Surviving the Aftermath.

Let us certainly hope that World War III does not start any time soon, but without a doubt our “leaders” are becoming increasingly reckless, and at some point there may be an “accident”.

I think that an incident that just happened up in Montana is a perfect metaphor for how reckless the U.S. has become.  An article posted by the Air Force Times is reporting that a vehicle that “may or may not” have been carrying a nuclear weapon was recently rear-ended by a security vehicle…

It’s possibly the most heart-stopping fender bender ever posted to YouTube: An Air Force tractor trailer that may or may not be carrying a nuclear weapon rear-ended by a security vehicle.

The Air Force would not say what was inside the tractor trailer that was rear-ended, but Tedford believes it was a nuclear weapon. Malmstrom Air Force Base, which is located nearby Great Falls, is home to the 341st Missile Wing. Humvees and Bearcats from Malmstrom’s 341st Security Forces Group often escort nuclear weapons when they are being transported.

You can watch video of this particular incident right here.

I don’t know about you, but I have a really bad feeling about what is ahead.

Our government is acting very irrationally, and both Russia and China are becoming very angry with us.

So where is all of this ultimately leading?  Please feel free to tell us what you think by posting a comment below…