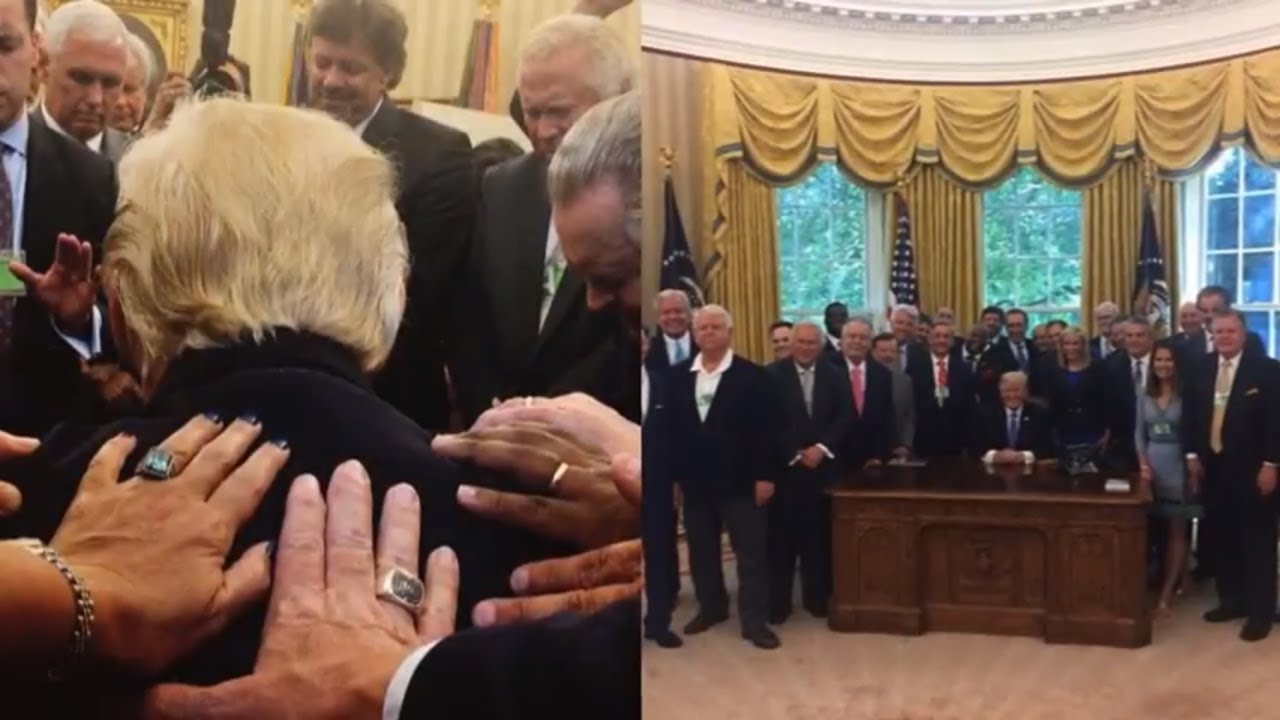 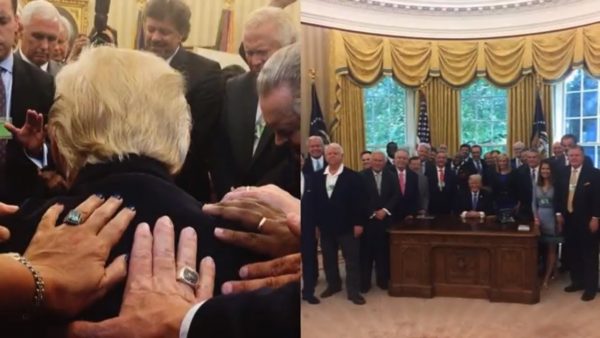 Donald Trump just continues to become even more bold about his faith in Jesus Christ. On Wednesday, he posted a message to Twitter about his faith which has already been liked more than 81,000 times and retweeted more than 23,000 times. I know that a lot of people have complained that Trump is on Twitter too much, but I love it. It gives him an opportunity to speak directly to the American people without having to rely on the gatekeepers in the mainstream media. If I was in his position, I would be doing the exact same thing.

And hopefully we will get lots more tweets like this one that he posted early Wednesday afternoon: “IN AMERICA WE DON’T WORSHIP GOVERNMENT – WE WORSHIP GOD!”

IN AMERICA WE DON’T WORSHIP GOVERNMENT – WE WORSHIP GOD!?https://t.co/jIejSgVnnA

At the end of the tweet there was a link to a video on Instagram that contained footage of remarks Trump made about his faith during a large rally.

Of course many liberals immediately started to freak out when Trump posted this. A lot of them began spouting remarks about how this violated “the separation of church and state” and other such nonsense. And they were already in a very foul mood because of Trump’s decision on transgender troops in the military. The constant abuse that Trump takes on a daily basis is off the charts, and he definitely needs our prayers.

If it was up to the left, all expressions of the Christian faith would be completely banned in the White House. Earlier this month, a photo that Johnnie Moore posted to Twitter of evangelical leaders laying hands on Trump went viral and many on the left completely lost it…

Left-leaning opponents of Trump were outraged by the White House prayer photo.

In response to Moore’s viral tweet, Michael Diebert tweeted, “Separation of church and state,” and linked to Moore’s photo. Diebert’s tweet had received a 1,618 retweets and 4,807 “likes” at press time. (Moore’s original tweet received about double the retweets and “likes.”)

But Jake King responded to Diebert on Twitter: “Dude, dems flipped when trump skipped Ramadan but praying is somehow more of a religious activity. One nation. Under god.”

“The anti-religion crowd has now cleared the bar from not wanting prayer in schools all the way down to, “’we don’t want public officials praying or being prayed for at all,’” observed Andrea Ruth at RedState.

We should be so thankful for Trump, because if Hillary Clinton was in the White House we would be going very much in the opposite direction. If America does not turn back to God, there is not going to be an America, and so seeing Trump say bold things about his faith should be very encouraging to all of us.

And now that we have a Bible-believing Christian in the White House, we need to fill up Congress with Bible-believing Christians and start trying to restore our Republic. Personally, I am not ashamed to say that I have a personal relationship with Jesus Christ and that I want to take Christian values back to Washington. If I win my election, I am not going to be afraid to hold up my Bible on the floor of the U.S. House of Representatives as I proclaim the truth to the entire nation.

The left is exceedingly proud of the wicked things that they believe, and we need to be even prouder of the truth.

As I was writing this article, I was reminded of a wonderful song from the early 1990s that I absolutely loved when I was much younger. It is a song by a band called Petra and it is simply entitled “Creed”. Here are the lyrics…

This is my creed, the witness I have heard
The faith that has endured
This truth is assured
Through the darkest ages past
Though persecuted, it will last
And I will hold steadfast to this creed

I believe He sent His Spirit to comfort and to reveal
To lead us into the truth and light, to baptize and to seal
I believe that He will come back the way He went away
And receive us all unto Himself, but no man knows the day

I believe He is the Judge of all men, small and great
The resurrected souls of men receive from Him their fate
Some to death and some to life, some to their reward
Some to sing eternal praise forever to our Lord

When our nation was founded, more than 99 percent of the population was Christian, and most of them were very strong Bible-believing Christians. It was that culture that produced the Declaration of Independence and the U.S. Constitution, and if we want to have any hope of restoring our Republic we also need to restore the faith that it was founded upon.

Many of our founders had just escaped horrific religious persecution in Europe, and so they definitely didn’t want anyone in government telling them how they had to worship. But they would be absolutely flabbergasted to learn that the First Amendment has been redefined to mean that all traces of the Christian faith must be pushed out of public life.

Our founders were men of faith, and they intended for our government to operate according to Christian principles. If we want our nation to have any sort of a future at all, we need to rediscover the values and the principles that made this country so great in the first place.