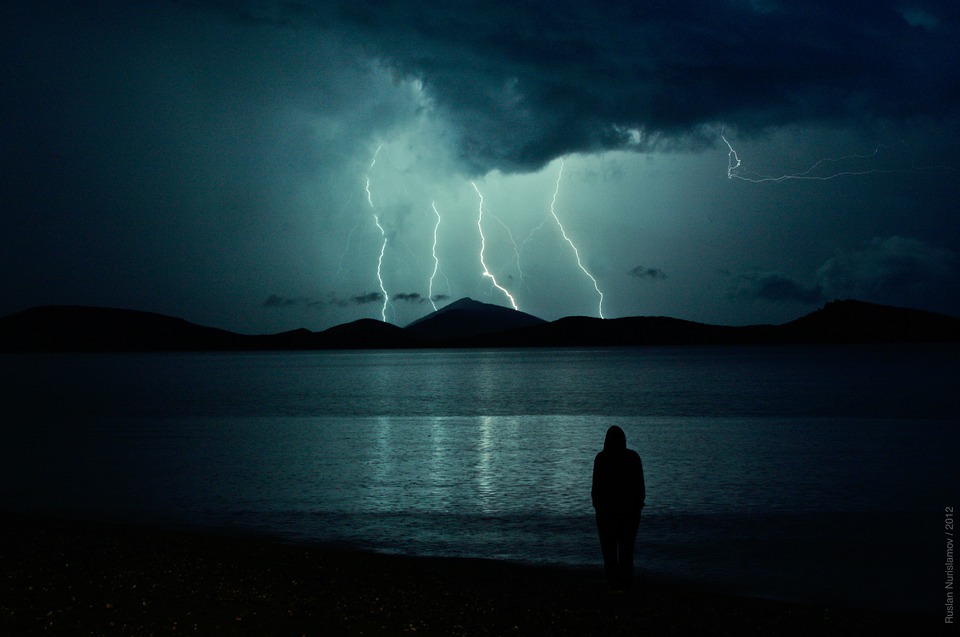 According to CBS News, an astounding three-fourths of all Americans have to “scramble to cover their living costs” each month.  In other words, most of the country is either living paycheck to paycheck or very close to it.  But instead of tightening their belts and trying to put something away for the very hard times that are coming, most Americans are completely and utterly unprepared for what is ahead because the people that they trust on television keep telling them that everything is going to be okay.  Unfortunately, everything is not going to be “okay”, and when things start falling apart all around us there is going to be a lot of anger directed toward those that have been lulling everyone into a false sense of security.

One of the reasons why I am sounding the alarm so loudly is so that people will not be blindsided by the things that are about to happen to this country.  As you will see below, we are on the precipice of two major wars, conditions are ripe for a devastating economic collapse, and if you were to throw in a major natural disaster or two you would have a recipe for the kind of “perfect storm” that many have been warning about.

Earlier today I focused on our looming economic problems, and in this article I want to address the potential for more military conflict in the very near future.  When Donald Trump hit Syria with 59 cruise missiles, millions of Americans greatly celebrated, but much of the rest of the world was deeply alarmed.

The Trump administration has said that more strikes are possible, but Russia and Iran are both pledging that “we will respond with force” if any more attacks are conducted…

RUSSIA and Iran have said they will respond to further American military actions following the air strike in Syria last week.

In a joint statement, the command centre for the two countries and allied groups said “we will respond to any aggression”.

The statement read: “What America waged in an aggression on Syria is a crossing of red lines. From now on we will respond with force to any aggressor or any breach of red lines from whoever it is and America knows our ability to respond well.”

Do you understand what that means?

If Trump fires off any more cruise missiles at Syria, we will essentially be in a state of war with both Russia and Iran.

Previously, Russia had warned that our two nations were “one step from war” because of Trump’s actions, but the Trump administration is showing no signs of backing down.  In fact, UN Ambassador Nikki Haley says that regime change in Syria is now a top priority…

The US ambassador to the United Nations, Nikki Haley, who has done a remarkable job of continuing the diplomatic tone set by her predecessor Samantha Power, said in an interview on CNN’s “State of the Union” which will air in full on Sunday, that regime change in Syria as one of the Trump administration’s top priorities in Syria.  Her statement was a complete U-turn from what she said just over a week ago, when she told a group of reporters that the US was “no longer focused on getting Assad out.”

Some members of the administration are apparently even advocating a full-blown invasion of Syria.  For example, it is being reported that National Security Adviser H.R. McMaster has come up with a plan to send 150,000 U.S. ground troops into the country…

As NSA, McMaster’s job is to synthesize intellience reports from all other agencies. President Trump is being given an inaccurate picture of the situation in Syria, as McMaster is seeking to involve the U.S. in a full scale war in Syria.

The McMaster-Petraeus plan calls for 150,000 American ground troops in Syria.

I don’t know if I have the words to describe how incredibly foolish that would be.

Do we really want to fight an extremely bloody ground war with the combined forces of Russia, Iran, Syria and Hezbollah?

There is very little good that could come out of a war in Syria even in the most rosy scenarios possible, but if things go bad they could go really, really bad.

Meanwhile, NBC News is reporting that President Trump is considering various military options for North Korea, and one of those options includes “killing dictator Kim Jong-Un”…

After seeing what happened in Syria and hearing these threats openly discussed in the U.S. media, what do you think Kim Jong-Un is thinking at this point?

One member of Congress is warning that “millions can die” if a military strike against North Korea goes badly.  Once U.S. missiles begin flying, North Korea can start firing off their nukes and their vast arsenal of chemical warheads almost instantly.

Could you imagine what would happen if large numbers of deadly nerve gas warheads started exploding in downtown Seoul, downtown Tokyo and at U.S. military bases in Japan?

The carnage would be off the charts, and this is a scenario that we want to avoid at all costs.

Unfortunately, it seems like we are coming closer to a conflict with North Korea with each passing day.  In fact, today we learned that an aircraft carrier strike group headed by the USS Carl Vinson is sailing in the direction of North Korea right now…

Amid rising tensions with North Korea, an aircraft carrier strike group led by the USS Carl Vinson were heading toward the Korean peninsula.

The aircraft carrier and its accompanying ships had been scheduled to leave from Singapore for port visits to Australia on Saturday, but Adm. Harry Harris, head of U.S. Pacific Command, ordered the strike group to head north toward Korean waters instead.

So what happens if the U.S. starts fighting two major wars simultaneously, the biggest debt bubble in the history of the planet starts bursting, and the U.S. stock market crashes by 50 percent as some analysts are projecting?

Some Americans still have memories of living through the Great Depression and World War II, but most of us have been living in a bubble of peace and prosperity for so long that we don’t think that anything could ever come along and threaten our way of life.

And since the election of Donald Trump, interest in “prepping” has dropped to the lowest level that I have ever seen.  Most people have been lulled into a false sense of security, while the truth is that we have entered perhaps the most dangerous period of time in modern American history.

So you all can do whatever you want, but me and my house are going to get prepared for the tremendous storm that is about to hit this nation.

Those that are wise will do the same, but unfortunately most Americans are going to get absolutely blindsided by what is coming because they have been trusting the wrong voices.