Do you hear that rumble in the distance?  That is the Baby Boomers – they are getting ready to retire.  On January 1st, 2011 the very first Baby Boomers turn 65.  Millions upon millions of them are rushing towards retirement age and they have been promised that the rest of us are going to take care of them.  Only there is a huge problem.  We don’t have the money.  It simply isn’t there.  But the millions of Baby Boomers getting ready to retire are counting on that money to be there.  This all comes at a really bad time for a federal government that is already flat broke and for a national economy that is already teetering on the brink of disaster.

So just who are the Baby Boomers?  Well, they are the most famous generation in American history.  The U.S. Census Bureau defines the Baby Boomers as those born between January 1st, 1946 and December 31st, 1964.  You see, after U.S. troops returned from World War II, they quickly settled down and everyone started having lots and lots of babies.  This gigantic generations has transformed America as they have passed through every stage of life. Now they are getting ready to retire.

The moment when the first Baby Boomers reach retirement age has arrived.

The day of reckoning that so many have talked about for so many years is here.

Today, America’s elderly are living longer and the cost of health care is rising dramatically.  Those two factors are going to make it incredibly expensive to take care of all of these retiring Baby Boomers.

Meanwhile, the sad truth is that the vast majority of Baby Boomers have not adequately saved for retirement.  For many of them, their home equity was destroyed by the recent financial crisis.  For others, their 401ks were devastated when the stock market tanked.

Meanwhile, company pension plans across America are woefully underfunded.  Many state and local government pension programs are absolute disasters.  The federal government has already begun to pay out more in Social Security benefits than they are taking in, and the years ahead look downright apocalyptic for the Social Security program.

If we are not careful all of these Baby Boomers are going to push us into national bankruptcy.  We simply cannot afford all of the promises that we have made to them.  The following are 16 statistics about the coming retirement crisis that will drop your jaw…..

#2 According to one recent survey, 36 percent of Americans say that they don’t contribute anything at all to retirement savings.

#3 Most Baby Boomers do not have a traditional pension plan because they have been going out of style over the past 30 years.  Just consider the following quote from Time Magazine: The traditional pension plan is disappearing. In 1980, some 39 percent of private-sector workers had a pension that guaranteed a steady payout during retirement. Today that number stands closer to 15 percent, according to the Employee Benefit Research Institute in Washington, D.C.

#4 Over 30 percent of U.S. investors currently in their sixties have more than 80 percent of their 401k invested in equities.  So what happens if the stock market crashes again?

#5 35% of Americans already over the age of 65 rely almost entirely on Social Security payments alone.

#6 According to another recent survey, 24% of U.S. workers admit that they have postponed their planned retirement age at least once during the past year.

#8 Pension consultant Girard Miller recently told California’s Little Hoover Commission that state and local government bodies in the state of California have $325 billion in combined unfunded pension liabilities.  When you break that down, it comes to $22,000 for every single working adult in California.

#9 According to a recent report from Stanford University, California’s three biggest pension funds are as much as $500 billion short of meeting future retiree benefit obligations.

#10 It has been reported that the $33.7 billion Illinois Teachers Retirement System is 61% underfunded and is on the verge of complete collapse.

#11 Robert Novy-Marx of the University of Chicago and Joshua D. Rauh of Northwestern’s Kellogg School of Management recently calculated the combined pension liability for all 50 U.S. states.  What they found was that the 50 states are collectively facing $5.17 trillion in pension obligations, but they only have $1.94 trillion set aside in state pension funds.  That is a difference of 3.2 trillion dollars.  So where in the world is all of that extra money going to come from?  Most of the states are already completely broke and on the verge of bankruptcy.

#12 According to the Congressional Budget Office, the Social Security system will pay out more in benefits than it receives in payroll taxes in 2010.  That was not supposed to happen until at least 2016.  Sadly, in the years ahead these “Social Security deficits” are scheduled to become absolutely horrific as hordes of Baby Boomers start to retire.

#14 According to a recent U.S. government report, soaring interest costs on the U.S. national debt plus rapidly escalating spending on entitlement programs such as Social Security and Medicare will absorb approximately 92 cents of every single dollar of federal revenue by the year 2019.  That is before a single dollar is spent on anything else.

#15 After analyzing Congressional Budget Office data, Boston University economics professor Laurence J. Kotlikoff concluded that the U.S. government is facing a “fiscal gap” of $202 trillion dollars.  A big chunk of that is made up of future obligations to Social Security and Medicare recipients.

#16 According to a recent AARP survey of Baby Boomers, 40 percent of them plan to work “until they drop”.

Companies all over America have been dropping their pension plans in anticipation of the time when the Baby Boomers would retire.  401k programs were supposed to be part of the answer, but if the stock market crashes again, it is absolutely going to devastate the Baby Boomers.

At our current pace, the Congressional Budget Office is projecting that U.S. government public debt will hit 716 percent of GDP by the year 2080.

But our politicians just keep spending money.  In order to pay the Baby Boomers what they are owed the federal government may indeed go into even more debt and have the Federal Reserve print up a bunch more money.

So in the end, Baby Boomers may get most of what they are owed.  Of course it may be with radically devalued dollars.  Already we are watching those on fixed incomes being devastated by the rising cost of food, gas, heat and health care.

What is going to happen one day when prices have risen so much that the checks that our seniors are getting are not enough to heat their homes?

What are we going to do when those on fixed incomes are buying dog food because it is all that they can afford?

We are rapidly reaching a tipping point.  As the first Baby Boomers retire the system is going to do okay.  But as millions start pouring into the system the truth is that it is going to start breaking down.

But it didn’t happen.

Now we pay the price. 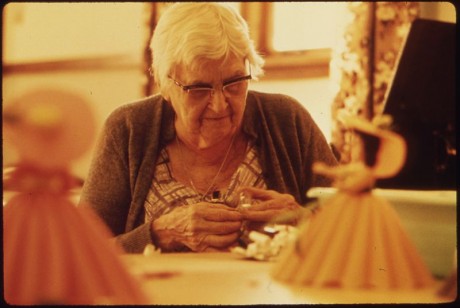