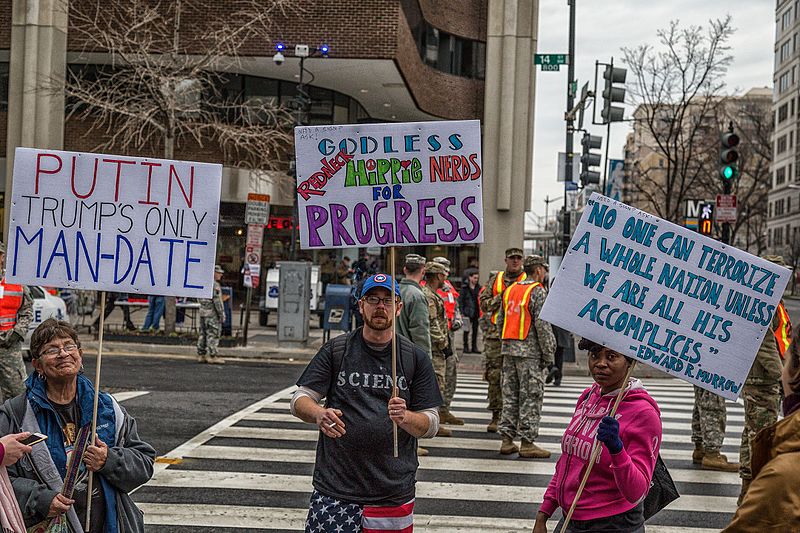 If Republicans don’t wake up, there is a very real possibility that we could lose control of the House of Representatives in 2018. And if that happens, Donald Trump’s agenda will be dead in the water because the Democrats will use their majority to block everything. Trump’s surprise election victory last November was perhaps the single most galvanizing moment for grassroots Democrats in this generation. Just as the election of Barack Obama gave rise to the Tea Party movement, we are now seeing a tremendous amount of energy among liberals all over the nation. If Republicans cannot match this energy, we are going to be in for quite a shock in November 2018.

There have been times in the past when it has been difficult for the Democrats to find viable candidates to challenge Republican incumbents in the House, but that is definitely not the case this time around. For example, just check out what has already been happening in California…

Eight challengers have lined up to take on Central Valley Republican Jeff Denham. An equal number have jumped into the fray against embattled San Diego-area Rep. Duncan Hunter, the focus of a Justice Department criminal investigation regarding his alleged use of campaign funds to pay for family expenses.

Controversial Rep. Dana Rohrabacher of Huntington Beach, recently in the headlines for his own dealings with Russia, has seven Democrats contesting his reelection. Rep. Steve Knight of Palmdale has six.

And that same Politico article goes on to describe how similar things are happening all over the nation.

One of the big reasons why so many Democrats are stepping forward is because they smell blood. During the first mid-term election of a new presidency, the opposing party almost always picks up seats in the House. In fact, Democratic strategist Garry South says the average number of seats picked up during such elections is 23…

Democratic strategist Garry South, who advised presidential campaigns for Al Gore and Joe Lieberman, said the enthusiasm is especially revved-up because “Democrats need only 24 seats nationally to flip to get control of the House’’ — and more than a quarter of those may be in California.

History is on their side, he argues: Over the past 20 cycles in the first term of a presidency, Republican or Democratic, “the average number flipped has been 23 seats.”

Could you imagine the gridlock in D.C. if the Democrats are able to pull this off?

Donald Trump would essentially just be killing time until 2020 because he would be able to get absolutely nothing through Congress.

And that is why it is so frustrating that the Republicans are squandering the opportunity that they have been given right now. The American people gave them control of the White House, the Senate and the House of Representatives, and they can’t seem to get anything accomplished.

This is a once in a generation opportunity to completely reshape the federal government, and the Republicans are falling flat on their faces. And of course the biggest reason why the Republicans can’t get anything done is because of all the RINOs (Republicans in name only) that are holding up Trump’s agenda.

One of my slogans is “Every RINO needs to go”, and I am encouraging good men and women to step forward all over the nation to challenge the Republican incumbents that have been betraying conservative values over and over again.

But so far Democrats are having a much easier time getting people to run than we are.

If good men and women don’t step forward, we are going to end up with candidates such as Kid Rock and Caitlyn Jenner…

Olympic gold medalist and transgender activist Caitlyn Jenner is the latest celebrity to reveal she has considered launching a run for Senate, telling radio host John Catsimatidis she is in the process of determining her future in activism and politics.

“I have considered it. I like the political side of it,” Jenner, who is a Republican, told Catsimatidis on AM 970 in New York.

In my brand new book entitled “Living A Life That Really Matters”, I discuss why I decided to run for Congress. If you would have asked me in April if I would ever run for public office I probably would have laughed at you, but in May my life turned totally upside down when I was moved in a completely unexpected direction.

I believe that 2018 is going to be the most important mid-term election in modern American history.

We can seize this opportunity and send hundreds of candidates that love liberty and freedom to Washington and to state legislatures all over the nation, or we can apathetically sit back and watch the control freaks take even more control of things.

There has never been a more important time to get involved, and I hope that you will join me in trying to make a difference.