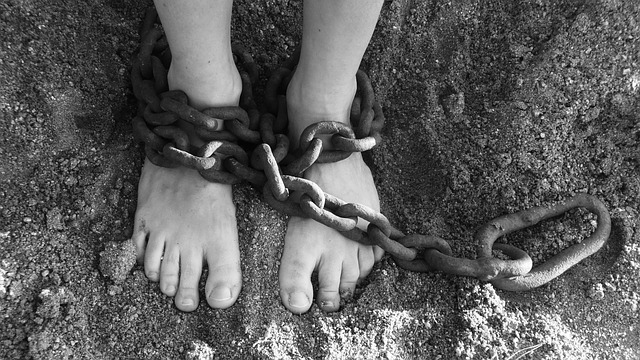 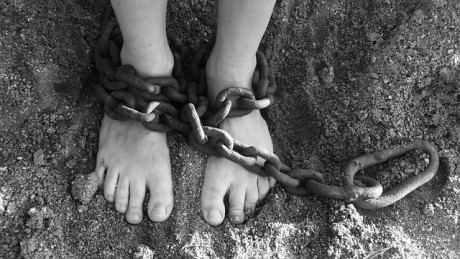 Could you live without debt?  Most Americans say that they cannot.  According to a brand new Pew survey, approximately 7 out of every 10 Americans believe that “debt is a necessity in their lives”, and approximately 8 out of every 10 Americans actually have debt right now.  Most of us like to think that “someday” we will get out of the hole and quit being debt slaves, but very few of us ever actually accomplish this.  That is because the entire system is designed to trap us in debt before we even get out into the “real world” and keep us in debt until we die.  Sadly, most Americans don’t even realize what is being done to them.

As a result, this generation of Americans is absolutely swimming in debt.  The following are some of the findings of the Pew survey that I mentioned above…

*”8 in 10 Americans have debt, with mortgages the most common liability.”

*”Although younger generations of Americans are the most likely to have debt (89 percent of Gen Xers and 86 percent of millennials do), older generations are increasingly carrying debt into retirement.”

*”7 in 10 Americans said debt is a necessity in their lives, even though they prefer not to have it.”

Most of us wish that we didn’t have any debt, but we have bought into the lie that it is a necessary part of life in America in the 21st century.

It has been estimated that 43 percent of all American households spend more money than they make each month, and U.S. households are more than 11 trillion dollars in debt at this point.

When it comes to government debt, that is easy for us to blame on someone else, but all of this household debt is undoubtedly something that we have done to ourselves.

It all starts at a very early age for most of us.  When we are still in high school, we are endlessly told about how important a college education is.  All of the authority figures in our lives insist that we should just try to get into the best school that we possibly can and to not even worry about how much it will cost.

So many of us go into staggering amounts of debt before we even get out into the working world.  We had faith that the “good jobs” that were being promised to us would be there when we graduated.

Unfortunately, in this day and age those “good jobs” end up being a mirage more often than not.

But whether or not we can find a good job, we still have to pay off all that debt.

According to new data that was recently released, the total amount of student loan debt in the United States has risen to a grand total 1.2 trillion dollars.  If you can believe it, that total has more than doubled over the past decade.

Right now, there are approximately 40 million Americans that are paying off student loan debt.  For many of them, they will keep making payments on this debt until they are senior citizens.

Another way that they get you while you are still in school is with credit card debt.

I got my first credit card while I was in college, and nobody ever taught me about the potential dangers.

Today, the average U.S. household that has at least one credit card has approximately $15,950 in credit card debt.

So let’s say that you have that much credit card debt and you are paying an annual interest rate of 17 percent.  If you only pay the minimum payment each month, it will take you 229 months to pay your credit card off, and during that time you will have paid $13,505.82 in interest charges.

In other words, you will almost have paid twice as much for everything that you originally bought with your credit card by the time it is all said and done.

This is why banks love to give you credit cards.  If they can get back nearly twice as much money as they originally give you, they get rich and you get poor.

Most of us get loaded down with even more debt when we go to buy a vehicle.  Instead of saving up and getting what we can afford, many of us end up getting the largest loans that we can qualify for.

In a previous article, I discussed the fact that the average auto loan at signing in America today is approximately $27,000.  In order to get the monthly payments down to a level where we can afford them, many of these auto loans are now being stretched out for six or seven years.  In fact, the number of auto loans that exceed 72 months has hit at an all-time high of 29.5 percent.

It is the same thing with home loans.

In the old days, it was extremely rare for a mortgage to be stretched over 30 years, but today that is pretty much the standard.

Sadly, most people don’t understand how much money this is costing them.

In other words, you will pay for two houses by the time you are done.

Yes, we all need somewhere to live, and there are definitely negatives to renting as well.  But it is very important that we all understand what is being done to us.

And I haven’t even discussed one of the most insidious forms of debt yet.

Have you noticed that most doctors and most hospitals will never tell you how much something is going to cost in advance?

They get us when we are at our most vulnerable.  When there is something wrong with us physically, we are often desperate to get help.  So we don’t ask too many questions and we just go along with whatever they say.

But then later we get the bill and we are often completely shocked by what they have charged us.

If you are completely unethical, it is a great business model.  People that are extremely desperate and needy come to you and you don’t even have to tell them how much your services are going to cost.  And then once they leave, you send them an absolutely outrageous bill for whatever you feel like charging.

Frankly, I don’t know how a lot of people working in the medical field live with themselves.  In their extreme greed, they are ruining the lives of millions of ordinary American families.

One very disturbing study found that approximately 41 percent of all working age Americans either currently have medical bill problems or are paying off medical debt.  And collection agencies seek to collect unpaid medical bills from about 30 million of us each and every year.

Most of us will spend our entire lives paying off debt.

That is why we are called debt slaves – our hard work makes others extremely wealthy.

So is there a solution to this?  Please share what you think by posting a comment below…