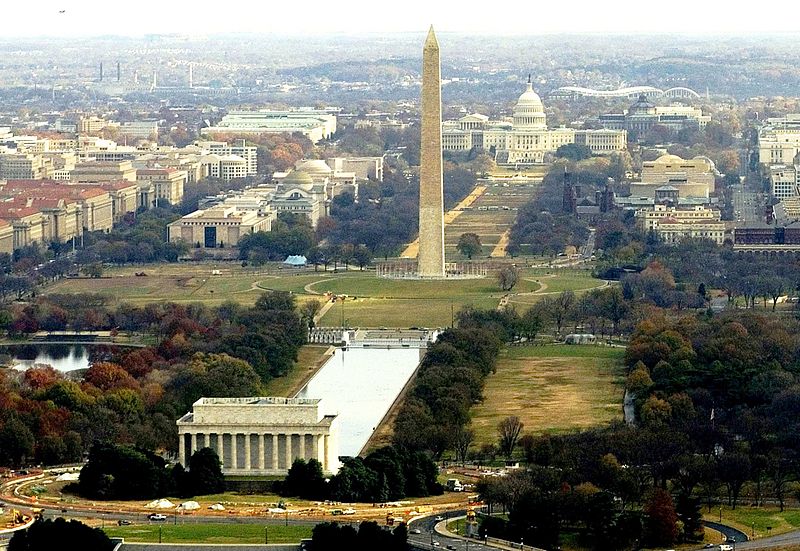 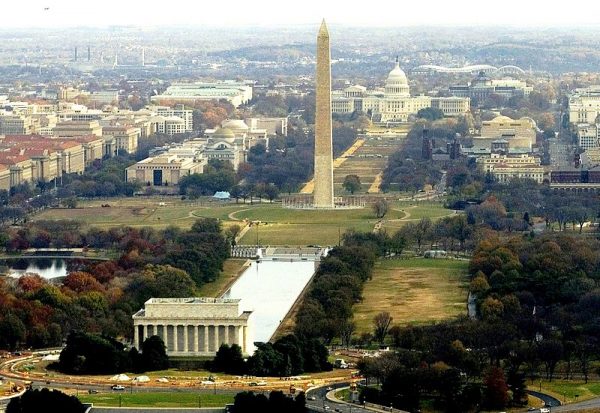 Let me get this straight – you can’t pray in school, but it is perfectly acceptable to put a 45-foot-tall statue of a naked woman directly across from the White House?  In ancient times, enormous statues of naked females were intended to represent the goddesses that various pagan cultures worshipped, and this is still true in some parts of the world today.  Most often, those goddesses were related to sexuality and fertility, and this ultimately goes all the way back to practices that began in ancient Babylon.  Nobody is claiming that this new statue represents an ancient goddess, but that doesn’t mean that it isn’t highly symbolic.  According to USA Today, this “Amazonian figure” will be “directly facing the White House until March 7 to promote women’s equality”…

If you walk along the National Mall this November, you’ll see the Smithsonian Museums, the Washington Monument, Capitol Hill, and, possibly, something else: a 45-foot tall nude sculpture of a woman.

The Amazonian figure would tower over the National Mall next to the Washington Monument, directly facing the White House until March 7 to promote women’s equality.

For some strange reason, the National Park Service decided to approve this project.  The sculpture is known as “R-Evolution”, and it was created by an “artist” named Marco Cochrane.  It was originally displayed at the Burning Man festival in 2015, and now it is coming to our capital city.  Burning Man is America’s largest occult festival, and you can check out an article that I previously authored about that annual spectacle in the Nevada desert right here.

“R-Evolution” will debut in Washington D.C. during an upcoming three day event known as “Catharsis on the Mall”…

The sculpture is being brought to Washington, D.C. by the organizers of Catharsis on the Mall, an annual three-day event that features 24-hour activities, music and an effigy burn. The theme of the event this year is “Nurturing the Heart.”

“This year’s theme is in response to a lot of the social disconnect and politics going on in our community right now,” said Sanam Ememi, an activist and community organizer.

“We felt that R-Evolution represented that,” she said. “That’s why we’ve placed it in America’s front lawn.”

Basically, “Catharsis on the Mall” is going to be a massive three day anti-Trump rally put on by the radical left.  But “R-Evolution” will not be coming down at the end of the rally.  Instead, organizers have gotten permission to keep the statue up for a total of four months…

The organizers have also put out a nationwide call for volunteers. After the event ends, the sculpture can remain on the Mall for four months, if it is guarded by volunteers at all times.

We’ll see if the sculpture actually needs to be guarded.

My guess is that after a little uproar at the very beginning, nobody will really care that it is there.

As the National Football League struggles to explain this season’s downturn in viewer ratings, 34% of American Adults say they are less likely to watch an NFL game because of the growing number of protests by players on the field. The latest Rasmussen Reports national telephone and online survey finds that 12% are more likely to watch, while 50% say the protests have no impact on their viewing decisions.

The funny thing is that the NFL will fine players over the smallest little infractions.  If they wear unsanctioned headbands or if they don’t wear the right socks players risk getting slapped with huge fines.

But the league isn’t doing much of anything to stop the national anthem protests.

And where are the Republicans in Congress on this matter?  They should be screaming bloody murder over this, but just about the only one that is speaking out publicly is President Trump.

Yes, there are still a few good members of Congress that are trying to do the right thing, but overall most of them are spineless jellyfish that have been compromising for so long that they don’t really stand for anything anymore.  It is time for a new generation of leadership that is willing to stand up against the forces of political correctness, and the weak-kneed professional politicians that are “leading” us right now have got to go.

In my new book I talk about the kind of cultural change that we need.  100 years ago, nobody would have ever dreamed of allowing a 45-foot-tall naked woman to be put up directly across from the White House, and if somebody tried to put it up anyway, thousands upon thousands of good patriotic Americans would be down there instantly to keep it from being erected.

This “work of art” is being placed directly facing the White House for a reason.  It is meant to be a challenge and an insult to President Trump.  Basically this is the equivalent of an obscene gesture by the left, but Americans have become so desensitized to obscenity that most of us will not even care.

And what is next?

Shall we flood the streets of D.C. with raw sewage and call it “art”?

Actually, I think that would somehow be quite appropriate, because at this point our federal government definitely resembles an overflowing toilet.