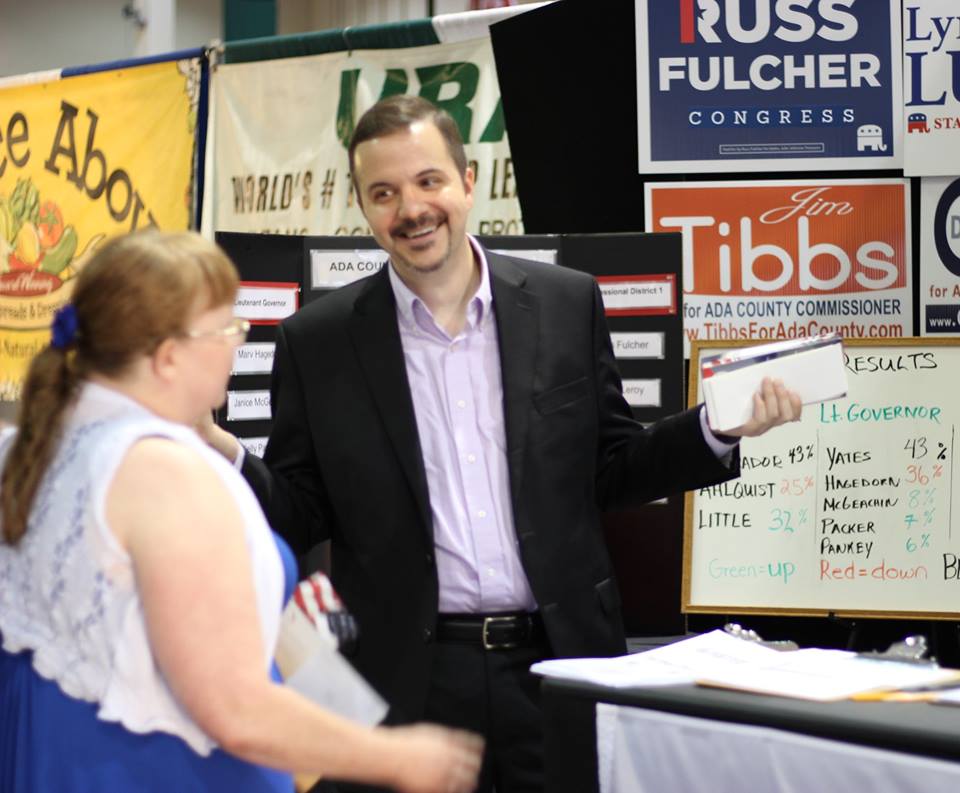 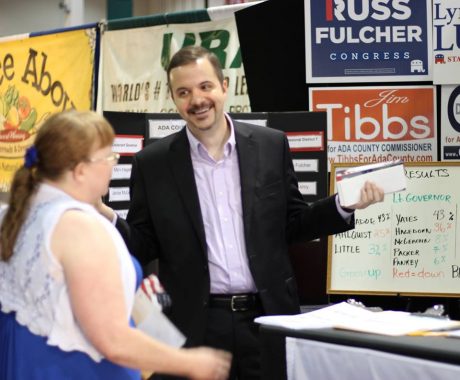 Hello from Boise, Idaho! The reason why I have not been posting new articles lately is because I have been on the road. I have been in Boise since Monday, and absolutely amazing things have been happening for the campaign. I spent most of Tuesday and most of Wednesday at the Republican booth at the Western Idaho Fair. I shook a lot of hands and passed out a ton of brochures. Thanks to you guys, we have the best looking and highest quality campaign material of anyone running for any political office in the state of Idaho. And we also have a source that can print brochures for much cheaper than anyone else is getting them. We are stretching every single campaign dollar as far as it will possibly go, and if you would like to contribute to the effort you can do so right here.

On both Thursday and Friday, we had a series of terrific meetings with some of the most politically influential people in the entire state. Thanks to our relentless promotion on social media, we have created an enormous amount of buzz all over the district. Many of these highly influential people were not familiar with my work before, but because of the efforts of our team people everywhere have been talking about this campaign.

On Friday, we did a video to help Sara Walton Brady of Health Freedom Idaho get the word out about what happened when she tried to enroll her five-year-old in kindergarten. If you have not seen the video yet, you can view it right here.

The copy of this video on YouTube that I am sharing has less than a hundred views so far, but the copy that we uploaded to Facebook already has nearly three thousand views.

As a member of Congress, these are the kinds of battles that I am going to be constantly fighting. If you believe in what I am trying to do, I would like to ask for your support.

Our first FEC quarterly deadline is coming up at the end of September, and people all over the state are going to be looking very carefully at how our fundraising is going. If we are doing well when the report comes out, that is going to encourage even more individuals and organizations to donate. Perception plays such a huge role in politics, and that is why your help is so critical right now. If you would like to help us have a fantastic first quarterly report, you can do so by donating right here.

I am the most conservative candidate in this campaign by a wide margin, and everywhere we go we are winning people over with my extremely strong pro-liberty message. If we can effectively get my message to everyone living in this district, I will win.

Raul Labrador holds this seat right now, but he is not running again because he is running for governor instead. So it is absolutely imperative that we fill this seat in Congress with an extremely strong pro-Trump conservative, and I am the most conservative candidate in this race. Those of you that have been following my work for years know my heart, but in order to win we have got to get my message out to those that aren’t familiar with me.

Compared to the rest of the country, it doesn’t take a ton of money to win races up here. But if we aren’t at least on the same playing field as the other candidates, they could simply beat me by dramatically outspending me. Last quarter, before I was in the race, attorney Dave Leroy raised the most money. He had less than 100 donors, but because he had people writing large checks, he was able to raise quite a bit.

This quarter, I have already had far more donors than he did all of last quarter, but because this is a grassroots effort a lot of people have been donating small amounts. So it is going to take a whole lot of smaller donations to keep up with the $1000 and $2000 checks that he has been receiving.

Thankfully I have far more name recognition than Dave Leroy has, and if we are at least on the same playing field when it comes to fundraising he isn’t going to have a chance. I need your help, and if you would like to contribute you can give online on this page.

We don’t need any more politicians. What we need are fighters that are going to fight like mad for the things that we believe in.

Freedom is never free, and if we don’t stand up for what we believe, the left is going to walk all over us.

The larger government becomes, the more tyrannical it tends to be. Communism, fascism and socialism are all big government ideologies. Yes, we are always going to need some government because otherwise we would have anarchy. But like many others have said, I want a government so small that I can barely see it.

I am definitely enjoying my time in Boise, and I will continue to travel throughout the district to spread the message of liberty. Thank you so much for your support, and I will chat with you again soon.