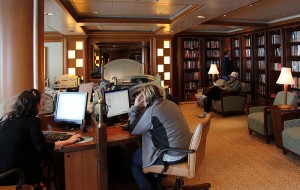 When you use the Internet in a public place, do you prefer to have as much privacy as possible?  Well, that makes you a potential terrorist.  According to the FBI, Internet privacy is now considered to be suspicious activity.  If you are out in public and you attempt to keep snoopers from peeking at your computer screen, then according to the FBI they should gather as much information about you as they can and they should report you to the authorities immediately. If this seems completely and totally ridiculous to you, then you are not alone.  Millions of Americans have become deeply concerned about the constantly expanding definition of “suspicious activity” in the United States.  Sadly, the federal government is now engaging in an all-out attempt to have us all spy on one another.  All over America, the Department of Homeland Security is running ads promoting the “See Something, Say Something” campaign.  They even had 8,000 stadium workers at the Super Bowl this year go through special training on how to spot potential terrorists.  So the next time you see a hot dog vendor, keep in mind that he might also be part of a special anti-terrorism task force.

The following are some quotes from a government document entitled “Potential Indicators of Terrorist Activities Related to Internet Café“.  In between each quote, I have included some commentary.  It is absolutely amazing what the definition of “suspicious activity” now includes….

“Are overly concerned about privacy, attempts to shield the screen from view of others”

Look, if I am doing some online banking or am composing an email to a friend I don’t want someone peeking at my screen.  Aren’t most Americans “concerned about privacy” and don’t most people want to keep their Internet activity to themselves?

We have seen the government warn about this before.  It appears that from now on using cash in America is going to get you labeled as a potential terrorist.  How bizarre is that?

Some people are just naturally nervous.  This kind of vague language could be applied to almost anyone.

What if your cell phone battery is dead and you need to use your wife’s cell phone?  Does that make you a potential terrorist?

A lot of times people will use Internet cafes when they are out of town on a trip.  Is there something inherently suspicious about that?

“Evidence of a residential based internet provider (signs on to Comcast, AOL, etc.)”

Why in the world would this be considered to be suspicious activity?

“Use of anonymizers, portals, or other means to shield IP address”

These are lots of people out there that take Internet security very seriously and that use things like this.  And how would a casual observer know that these kinds of things are being used?  You would have to be watching someone pretty closely to know that something like this is going on.

What would “suspicious or coded writings” include?  Again, this is very vague language and could include a vast array of different things.

“Encryption or use of software to hide encrypted data in digital photos, etc.”

So nobody should use encryption anymore?

“Suspicious communications using VOIP or communicating through a PC game”

What exactly would fall under the category of “suspicious communications”?

Also, if you are talking to someone through a PC game, there is a good chance that it is a very violent PC game and that you would say something that you normally wouldn’t say in real life.

You might say something like this: “Okay let’s get the guys together and go kill the boss.  We’ll meet at the Gates of Endor in a half hour.”

According to the FBI, that could easily be labeled as “suspicious activity” that needs to be reported to the authorities.

So exactly what are we being instructed to do if we see something suspicious?

Well, the following is one of the action points from the FBI flyer….

That sounds like something the KGB would ask people to do.

You can view the complete FBI flyer right here.

But it isn’t just Internet privacy that the FBI is concerned about.

There is another FBI flyer out there that is directed at those running hotels and motels.

The document is entitled “Potential Indicators Of Terrorist Activities Related To Hotels And Motels”, and you can view the entire document for yourself right here.

The following are things that the FBI says make a hotel guest “suspicious”….

I do this all the time.  I always request a non-smoking room and I always prefer a king size bed.  Also, if I have a lot of stuff to carry I may request a room on the ground floor.  Does that make me suspicious?

“Use cash for large transactions or a credit card in someone else’s name.”

Once again, using cash is considered to be a suspicious activity.  How long will it be before they try to outlaw cash?

“Arrive with unusual amounts of luggage.”

Has the person writing these things ever even traveled with a woman?

When I am visiting a new area, I will often talk with hotel staff about places to eat or places to visit.

Is that a problem?

This is something that I have done for years.  I don’t want a maid to wake me up at the crack of dawn.  If I refuse cleaning service will that get me put on a list somewhere?

“Use entrances and exits that avoid the lobby.”

Many hotels have entrances all around the building so that you don’t have to walk a mile to get to your car.

If I walk out a side door directly to my car does that make me a potential terrorist?

“Abandon a room and leave behind clothing and toiletry items.”

“Do not leave their room.”

Sometimes when you have a day off you just want to stay in bed all day.

Or if you are newly married you may not want to leave your room for a few days.

Should newly married couples be reported to the government as potential terrorists?

I change my appearance all the time.

If I am on vacation, I may not shave for several days.

And most people I know wear different clothes every single day.

So exactly how dramatic would a “change” of appearance have to be in order to be considered suspicious?

“Leave the property for several days and then return.”

Sometimes people have business plans or vacation plans that involve an unusual schedule.

Whoever wrote these flyers does not seem to have a lick of common sense.

Using the criteria above, almost anyone could be considered to be engaging in suspicious activity.

And it is highly offensive that the federal government is instructing us to watch one another so closely.

When did the United States turn into East Germany?

Unfortunately, these flyers are just another sign of the mass paranoia that seems to have descended on this country.

In America today, everyone is a “potential terrorist” and will be treated as such.

If the authorities will detain U.S. Senators at our airports for “security reasons” and if they will issue hundreds of thousands of tickets to school children, then there is no reason to believe that you are going to be treated with dignity and respect.

The United States is rapidly becoming a Big Brother police state.  I didn’t sign up to live in North Korea, but that is exactly where we are headed.

We have been told that all of our rights are now “limited privileges” that can be taken away at any time for the sake of “national security”.

Sadly, most Americans have become convinced that if we give up large amounts of liberty and freedom it will help the authorities keep us safe.

But that is a lie.  Without a doubt, more bad things are going to happen in the future.

When those bad things happen, we will be told that we need to give up even more liberty and freedom.

In the end, we will be living like slaves.

And we will still not be safe. 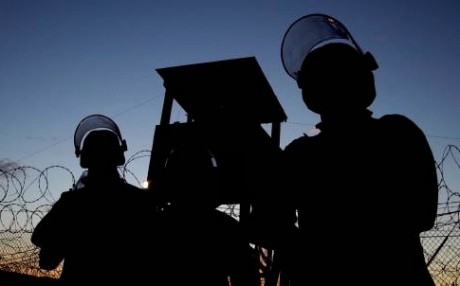