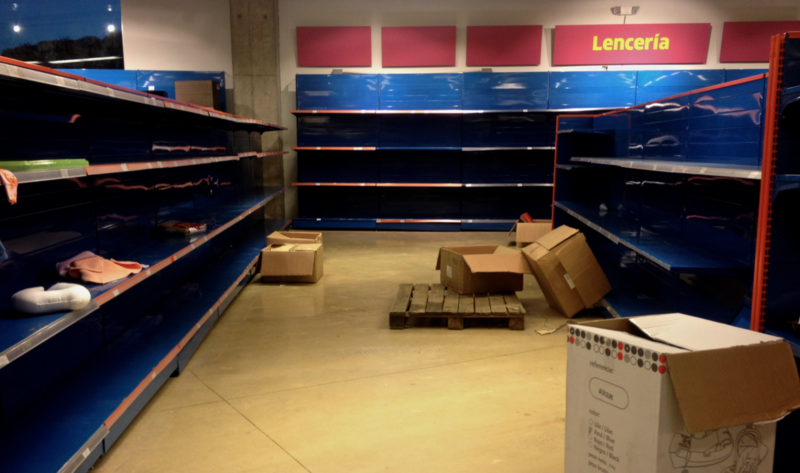 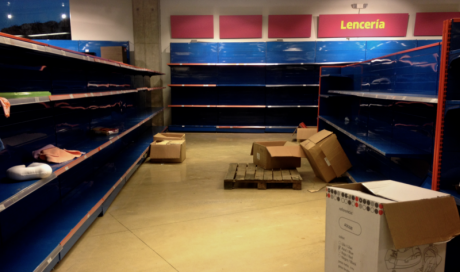 We are watching an entire nation collapse right in front of our eyes.  As you read this article, there are severe shortages of just about anything you can imagine in Venezuela.  That includes food, toilet paper, medicine, electricity and even Coca-Cola.  All over the country, people are standing in extremely long lines for hours on end just hoping that they will be able to purchase some provisions for their hungry families.  At times when there hasn’t been anything for the people that have waited in those long lines, full-blown riots have broken out.  All of this is happening even though Venezuela has not been hit by a war, a major natural disaster, a terror attack, an EMP burst or any other type of significant “black swan” event.  When debt spirals out of control, currency manipulation goes too far and government interference reaches ridiculous extremes, this is what can happen to an economy.  The following are 8 lessons that we can learn from the epic economic meltdown in Venezuela…

#1 During an economic collapse, severe shortages of basic supplies can happen very rapidly…

“There’s a shortage of everything at some level,” says Ricardo Cusanno, vice president of Venezuela’s Chamber of Commerce. Cusanno says 85% of companies in Venezuela have halted production to some extent.

At this point, even Coca-Cola has shut down production due to a severe shortage of sugar.

#2 If you have not stored up food ahead of time, your diet could quickly become very simple during a major emergency.  The Los Angeles Times recently covered the plight of a 42-year-old single mother in Venezuela named Maria Linares, and according to the story her family has not had any chicken to eat since last December…

In December, she was spending about half her salary on groceries. It now takes almost everything she earns to feed her two children, who subsist on manioc (also known as cassava or yuca), eggs and  cornmeal patties called arepas, served with butter and plantains.

“The last time we had chicken was in December,” she said.

The best deals are generally at government-run stores, such as Mercal and Bicentenario, where the prices are regulated.

To shop there, however, Linares said, she has to line up overnight. Even then, she might come home empty-handed if everything sells out before she gets to the front of the line — or if she is robbed leaving the store.

In a recent article, I detailed the fact that some people down in Venezuela have already become so desperate that they are actually hunting dogs and cats for food.

Could you ever do that?

I couldn’t, but just like in Venezuela there are people in this nation that will eat anything that they can get their hands on when they are desperately hungry and their children are crying out for food.

#4 When an economy melts down, it isn’t just food that is in short supply.  This week, there have been several mainstream news stories about the severe shortage of toiletries in Venezuela…

Toiletries are running in short supply across the country. Many Venezuelans say that people wait in lines for several hours to buy basic toiletries, only to sell them at much higher prices on the black market.

Bloomberg reported last year that Trinidad & Tobago had offered to exchange tissue paper for oil with Venezuela. It’s unclear if the deal ever came through.

Condoms and birth control are hard to find, Venezuelans say. You won’t have any more luck with toothpaste, soap, toilet paper or shampoo. And Maduro has asked women to stop using blow dryers.

What would your life be like if you had no toothpaste, soap, toilet paper or shampoo?  If you do not want to do without those items in the future, you might want to start stocking up on them now.

#5 If you need medical care during a major economic meltdown, you might be out of luck.  Just consider what sick Venezuelans are going through right at this moment…

The Luis Razetti Hospital in the portal city of Barcelona looks like a war zone.

Patients can be seen balancing themselves on half-broken beds with days-old blood on their bodies.

They’re the lucky ones; most are curled up on the floor, blood streaming, limbs blackening.

Children lie among dirty cardboard boxes in the hallways without food, water or medication.

Without electricity or functioning machines, medics have had to create their own solutions. Two men who had surgery on their legs have their limbs elevated by makeshift slings made out of water bottles.

#6 During a currency meltdown, owning precious metals such as gold and silver becomes much more important.  This even applies to entire countries.  So far during this crisis, Venezuela has had to ship 2.3 billion dollars worth of gold to Switzerland because the bankers won’t take their paper currency any longer…

Venezuela’s government has been running out of foreign reserves and literally shipping gold to help pay for its debt. Venezuela only has $12.1 billion in foreign reserves as of March, according to the most recent central bank figures.

That’s down by half from a year ago. In order to get cash loans to pay for its debt, Venezuela has shipped $2.3 billion of gold to Switzerland so far this year as collateral, according to Swiss government import data.

#7 When an economy crashes, crime goes through the roof.  As I discussed the other day, there were 107 major episodes of looting or attempted looting in the first quarter of 2016 down in Venezuela, and things have gotten even worse over the past couple of months.

Meanwhile, crime continues to rise in major cities all over America too.  According to Breitbart, 66 people were shot in the city of Chicago over the Memorial day weekend, and that was an all-time record.  So far for the entire year, a grand total of more than 1,500 people have been shot in Chicago, and police are bracing for what promises to be a very chaotic summer.

#8 This may be the most controversial lesson in the list.  Sometimes it takes a shaking to awaken a nation.  Of course nobody really likes to go through a shaking, but in the end it can have some very positive results.  Just look at what is happening in Caracas…

Churches in the capital Caracas recently organized a prayer walk. Thousands came to the main streets of the city crying out to God to ease their misery.

Under the slogan “I pray for my country,” dozens of Christians marched and prayed for unity of the church and for God to finally intervene to end their country’s plight.

Will a similar shaking be necessary to bring America to her knees?

What is it ultimately going to take to bring about a widespread awakening in this country?

If you follow my work closely, then you already know that I believe that a great shaking is coming to the United States.  In the end, it will be far more serious than what Venezuela is going through right now, and it is going to shake this nation to the very core.

Or could it be possible that I am wrong about this?