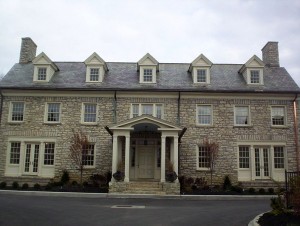 In the United States today, there is one group of people that is actually living the American Dream.  The ultra-wealthy have seen their incomes absolutely explode over the past three decades.  Meanwhile, the U.S. middle class has been steadily declining and the ranks of the poor have been swelling.  But this is what always happens when an economy becomes highly centralized.  Today, gigantic corporations and “too big to fail” banks totally dominate our economic system.  The whole game is rigged.  Our system is now designed to funnel wealth away from the bottom 90 percent of the population and into the pockets of the ultra-wealthy.  When you allow a handful of giant entities to run everything, it is going to inevitably create a situation where there are a small number of very big winners and a massive amount of losers.  In America today, the rich are getting richer and the poor are getting poorer.  Yes, there will always be poor people.  Yes, those that work really hard and produce something of great value for society should be greatly rewarded.  The way that our system should work is that it should empower individuals and small businesses to come up with new ideas, start companies, create jobs and produce massive amounts of new wealth.  But instead, the number of small businesses in America is rapidly declining.  The giant banks and the giant corporations that run everything are constantly running around stomping all of the “little guys” out of existence.  This has created an environment where the rich are constantly getting richer and the poor are constantly getting poorer.

But this isn’t just the case in the financial world.  The truth is that wherever you look big corporations are getting bigger.  This has caused our economy to become very highly centralized, and these monolithic entities are basically gigantic magnets that suck up as much wealth and power as they can.

Meanwhile, life is getting really tough for the “average joe” on the street.

The following are 29 amazing stats that prove that the rich are getting richer and the poor are getting poorer in America….

#1 In the United States today, the wealthiest one percent of all Americans have a greater net worth than the bottom 90 percent combined.

#2 According to the Economic Policy Institute, between 1979 and 2007 income growth for the top 1 percent of all U.S. income earners was an astounding 390 percent.  For the bottom 90 percent, income growth was only 5 percent over that same time period.

#4 According to the Congressional Budget Office, the top 1 percent is the only group that saw its share of our national income increase between 1979 and 2007.

#5 The wealthiest 1 percent of all Americans now own more than a third of all the wealth in the United States.

#6 More than 50 percent of all stocks and bonds are owned by just 1 percent of the population.

#7 The poorest 50 percent of all Americans collectively own just 2.5% of all the wealth in the United States.

#10 According to the U.S. Census Bureau, 6.7% of all Americans are living in “extreme poverty”, and that is the highest level that has ever been recorded before.

#11 Back in 2001, the ratio of wages to GDP was sitting at approximately 49 percent.  Today, it has fallen all the way down to about 44 percent.

#12 According to one study, between 1969 and 2009 the median wages earned by American men between the ages of 30 and 50 dropped by 27 percent after you account for inflation.

#15 According to a recent report produced by Pew Charitable Trusts, approximately one out of every three Americans that grew up in a middle class household has slipped down the income ladder.

#18 According to a recent report from the AFL-CIO, the average CEO made 343 times more money than the average American did last year.

#19 Last year, 2.6 million more Americans dropped into poverty.  That was the largest increase that we have seen since the U.S. government began keeping statistics on this back in 1959.

#21 Today, one out of every six elderly Americans lives below the federal poverty line.

#25 We are told that the economy is recovering, but the number of Americans on food stamps has grown by another 8 percent over the past year.

#27 The rich are getting richer and the poor are getting poorer on a global scale as well.  According to Credit Suisse, those with a household net worth of a million dollars or more control 38.5% of all the wealth in the world.  Last year, that figure was at 35.6%.  As you can see, it is rapidly moving in the wrong direction.

#28 According to the same Credit Suisse study just mentioned, the bottom two-thirds of the global population controls just 3.3% of all the wealth.

#29 If you can believe it, more than 3 billion people currently live on less than 2 dollar a day.

In a previous article, I discussed a recent University of Zurich study that found that a “super-entity” made up of 147 gigantic corporations basically dominates the entire global economy….

But that “core” itself is controlled by a “super-entity” of 147 monolithic corporations that are very, very tightly knit.  As a recent article in NewScientist noted, these 147 corporations control approximately 40 percent of all the wealth in the entire network”

But those of us that are not connected to “the system” are finding it increasingly difficult to survive.

Once upon a time, the United States had a thriving middle class unlike anything the world had ever seen.

But now millions of families are scratching and clawing in a desperate attempt to stay afloat.

Just check out what happened in south Florida on Wednesday.  Thousands were lined up for a chance at free food.  In fact, people were lining up as early as last Friday to get a voucher for five bags of groceries….

By mid-morning, thousands waited in a line which wrapped around the block outside the voucher distribution location. Concerned about safety, the City of Miami Police Department was in attendance to keep order and look after the sick and elderly.

Those who received a voucher Wednesday will return on December 14th and exchange it for bags of food.

Each voucher can be redeemed for five bags of groceries worth $120.

Can you believe that there are American families that would stay in line for five days just to get some bags of free groceries?

Sadly, we are starting to see scenes like this all over the nation.

As the U.S. economy continues to decline, people are going to start becoming even more desperate.  In some cities we will eventually see rioting and chaos.

Meanwhile, the gigantic corporations that dominate our economy will just keep getting even bigger and even more powerful.  They will pay their executives even larger bonuses and they will ship our jobs out of the country at an even faster rate.

This is not how our system is supposed to work.  This is not what our Founding Fathers intended.