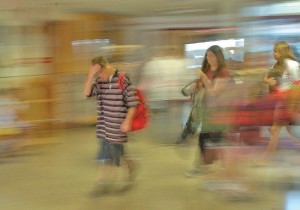 Why do men and women have a such a hard time relating to each other in a meaningful way in America today?  Could our oversexed culture have anything to do with it?  In the United States today, we are constantly being bombarded with sexual messages.  Just think about it.  Did you watch the Super Bowl a few weeks ago?  Most of the commercials were about sex on some level, and the “halftime show” featuring Beyonce might as well have been a strip club act.  It was utterly shameful.  But in America today, all of this is considered to be “normal”.  We literally worship sex, and we can never get enough of it.  And of course the results of such a society are predictable.  There are 20 million new sexually-transmitted infections in the U.S. each year, we have the highest teen pregnancy rate on the planet, and it is estimated that one out of every four girls in the U.S. is sexually abused before they become adults.  This culture of sex is pushed on our children from a very early age, and at this point it would be quite accurate to say that U.S. public schools have become training centers for sexual deviancy.  A lot of people focus on “sex education” as the problem, but the truth is that it goes much deeper than that.  Sex education only lasts for a few weeks at most.  The much bigger problem is the fact that an obsession with sex literally permeates our schools.  If parents could only eavesdrop on the conversations that our teens are having, they would be absolutely horrified.  Thanks to endless brainwashing by the mainstream media, our teens are absolutely addicted to a sexual atmosphere.  Every form of entertainment that they enjoy is soaked with sexual imagery, and lust and sex are never far from their minds when they relate to members of the opposite sex (or sometimes the same sex).  So should we really be surprised that students are having sex with each other in the hallways of our schools?  Should we be surprised that young teachers are taking advantage of our students sexually behind closed doors?  We have created a society that is sexually supercharged, and what we are witnessing now are the predictable results of the very foolish decisions that we have made.

The following are 21 signs that U.S. public schools have become training centers for sexual deviancy…

#2 Many of our teens our catching diseases that they can’t even pronounce correctly.  There were more than 1.4 million cases of chlamydia reported in the United States in 2011.  An astounding 33 percent of those cases involved Americans that were younger than 20 years of age.

#3 At this point, one out of every four teen girls in the U.S. has at least one sexually transmitted disease.  How high does that number have to go before we admit that there is a problem?

#4 Apparently, all of the propaganda about “safe sex” is not really working very well.  According to one survey, 24 percent of all U.S. teens that have an STD say that they still have unprotected sex.

#5 When you take morality out of public life, the results are predictable.  In the United States today, approximately 47 percent of all high school students have had sex.

#6 Many of our young people seem to not understand the value of waiting until marriage to become a mother.  Amazingly, one out of every five teen girls in the U.S. actually wants to be a teenage mother.

#7 When I was growing up, I don’t remember a single girl being pregnant at my high school.  But today all of that has changed.  A couple of years ago it was being reported that 86 teen girls at one high school in Memphis, Tennessee were either pregnant or had recently given birth.

#9 Increasingly, oral sex is being promoted to our young people as a “safer” form of sex.  According to shocking research conducted by the Centers for Disease Control and Prevention, approximately two-thirds of all Americans in the 15 to 24 year old age bracket have engaged in oral sex.

#10 Sex “education” has become much more about “indoctrination” in recent years.  One recent example of this trend was detailed in the New York Times…

IMAGINE you have a 10- or 11-year-old child, just entering a public middle school. How would you feel if, as part of a class ostensibly about the risk of sexually transmitted diseases, he and his classmates were given “risk cards” that graphically named a variety of solitary and mutual sex acts? Or if, in another lesson, he was encouraged to disregard what you told him about sex, and to rely instead on teachers and health clinic staff members?

That prospect would horrify most parents. But such lessons are part of a middle-school curriculum that Dennis M. Walcott, the New York City schools chancellor, has recommended for his system’s newly mandated sex-education classes. There is a parental “opt out,” but it is very limited, covering classes on contraception and birth control.

#11 Sexual “experimentation” among our teens is reaching heights never seen before.  According to one recent study, sexual contact between teen girls in the United States is now at the highest level ever recorded.

#12 In America today, sex in public school hallways has become a common occurrence.  In a recent article about Detroit, I shared a quote from one of my readers that actually attended one of the “best” public schools in Detroit…

The school was a new seven story building just a couple of years old. The bathrooms would often lack toilet paper & soap beyond the second floor (the main floor), the bathroom sinks would often not work. The water fountains on north side of the building on from the third floor & up did not work. The elevators would constantly break down. I even got stuck on the elevator before. I almost tripped down a half a flight of stairs because the elastic seal (it was the metal bar at the front of a treader of I don’t know the name of it.) the stairs was not properly installed.

#13 Would you feel okay about your teenage girl sharing a bathroom with boys?  In the state of Massachusetts, boys will now be able to freely use girls restrooms and girls locker rooms if it makes them feel more “comfortable”.

#14 One of the results of our “culture of sex” has been an explosion in the number of babies being born outside of marriage.  For women under the age of 30 living in the United States today, more than half of all babies are being born out of wedlock.

#16 Thanks to our “sexual revolution”, men and women are having a harder time than ever relating to each other in a meaningful way.  Our young people are being taught that marriage is a “burden” and that they should delay it for as long as possible.  Today, an all-time low 44.2 percent of all Americans between the ages of 25 and 34 are married.

#17 There is an epidemic of sex between teachers and students in the United States.  In fact, for some teachers one student is just simply not enough.  For example, a 33-year-old art teacher down in Arizona was charged with having sex with four of her male students.

#18 A former high school English teacher down in Texas has that teacher beat.  She has been accused of having sex with five different male students.  The most disturbing part of her story is that she is a mother of three children and her husband is serving this country in the U.S. Army.

#19 But a high school teacher down in Georgia has both of them beat.  She was recently charged with having sex with seven of her students.

#21 Sadly, there are more stories of teachers having sex with their students in the news almost every single day.  The following are just a few of the teacher sex news stories from just this past week…

“Onamia Teacher Accused Of Having Sex With Student”

Are you starting to see that there is a problem?

What are you seeing where you live?

Do you believe that U.S. public schools have become training centers for sexual deviancy? 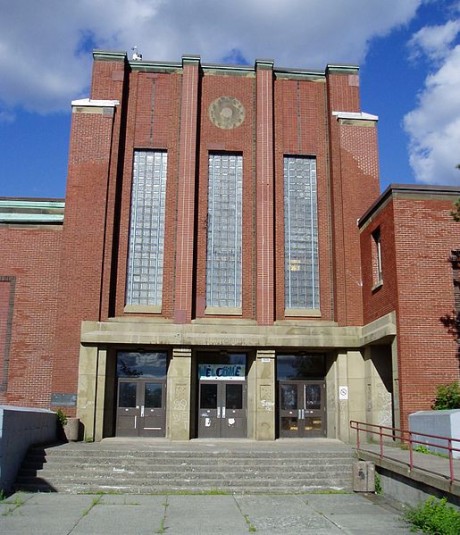