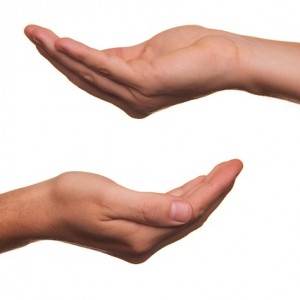 If you could stay home and watch television, play video games and hang out with your friends all day at government expense, would you do it?  Of course most Americans that collect money from the government each month are not abusing the system.  Many truly are incapable of taking care of themselves, and others are just receiving government benefits (such as Social Security) that they feel that they have earned by a lifetime of hard work.  But with each passing year the number of Americans jumping on board “the safety net” continues to grow rapidly, and a lot of these people should be able to take care of themselves.  Today, the American people collectively receive more money from the government than they pay in taxes.  And remember, the federal government uses our money to build roads, inspect our food and fund the military as well.  So what does this say about our economy?  Could it survive without all of these debt-fueled transfer payments?  And what does this say about our society?  At one time, our nation was known for our Protestant work ethic.  What would our forefathers say about us today?  The following are 21 facts that prove that dependence on the government is out of control in America…

1. According to a Congressional Budget Office study that was just released, approximately 60 percent of all U.S. households get more in transfer payments from the government than they pay in taxes.  Here is more about this stunning report from Mark J. Perry’s Carpe Diem blog…

Some additional analysis and commentary will be provided here that reveal a yet-to-be discussed major implication of the CBO report – almost the entire burden: a) of all transfer payments made to American households and b) of all non-financed government spending, falls on just one group of Americans – the top one-fifth of US households by income. That’s correct, the CBO study shows that the bottom three income quintiles representing 60% of US households are “net recipients” (they receive more in transfer payments than they pay in federal taxes), the second-highest income quintile pays just slightly more in federal taxes ($14,800) than it receives in government transfer payments ($14,100), while the top 20% of American “net payer” households finance 100% of the transfer payments to the bottom 60%, as well as almost 100% of the tax revenue collected to run the federal government. Here are the details of that analysis.

2. About 70 percent of all government spending now goes toward dependence-creating programs.

4. The percentage of the U.S. population that gets money from the federal government grew by an astounding 62 percent between 1988 and 2011.

5. According to an analysis of U.S. government numbers conducted by Terrence P. Jeffrey, there are 86 million full-time private sector workers in the United States paying taxes to support the government, and nearly 148 million Americans that are receiving benefits from the government each month.

6. According to the Survey of Income and Program Participation conducted by the U.S. Census, well over 100 million Americans are enrolled in at least one welfare program run by the federal government.  Sadly, that figure does not even include Social Security or Medicare.

7. Currently, there are somewhere around 40 million senior citizens in the United States.  By 2050, that number is projected to skyrocket to 89 million.  Supporting all of those senior citizens is going to be extraordinarily expensive.

9. Right now, more than 54 million Americans are enrolled in Medicare.

10. Right now, more than 70 million Americans are enrolled in Medicaid.

11. The number of Americans enrolled in the Social Security disability program now exceeds the entire population of the state of Virginia.

12. If the number of Americans on Social Security disability were gathered into a separate state, it would be the 8th largest state in the entire country.

14. At this point, the federal government runs about 80 different “means-tested welfare programs”, and almost all of those programs have experienced substantial growth in recent years.

15. The number of Americans on food stamps has grown from 17 million in the year 2000 to more than 46 million today.

18. Today, the number of Americans on food stamps exceeds the entire population of the nation of Spain.

20. According to a report from the Center for Immigration Studies, 43 percent of all immigrants that have been in the United States for at least 20 years are still on welfare.

21. Most Americans are not earning enough to support themselves and their families without government help anymore.  The following are some statistics about wages in the U.S. from a Social Security Administration report that was recently released…

In order to have a middle class, you have got to have middle class jobs, and those are disappearing from our system very rapidly.

As a result, the number of people that are financially independent continues to drop.

Will the government eventually have to take care of almost all of us?