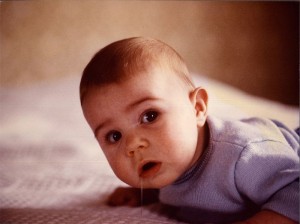 Every single day, a silent horror kills more Americans than were killed on 9/11.  Every single year, this silent horror kills about as many Americans as have been killed on all the battlefields in all of the wars in U.S. history combined.  This silent horror is called abortion, and it is a national disgrace.  Overall, more than 50 million babies have been slaughtered since Roe v. Wade was decided in 1973.  We have become a nation with so little regard for human life that nobody even really talks that much about this issue anymore.  But the truth is that it is at the very core of what is wrong with America.  As I have written about previously, we have become a nation that is obsessed with population control, and we have been exporting this sick philosophy all over the globe.  As you read this, there are workers from U.S. organizations and UN organizations (both funded by your tax dollars) that are on the other side of the world setting up “family planning services” for women in poor countries.  The goal of these organizations (just like we see in the United States) is to reduce the number of poor children being born.  The sick control freaks that run things have decided that overpopulation is a plague that must be eradicated and that mass murder is the answer.  Unfortunately, there are very few people that are still willing to speak out strongly against abortion in America.  So the carnage is just going to go on and on and on.

What will the history books say about a nation that murdered 50 million of its own babies?

The following are 19 facts about abortion in America that should make you very sick….

How can we murder our own children?

Unfortunately, there are organizations out there such as Planned Parenthood that spend millions upon millions of dollars trying to convince the American people that abortion is okay.  Just check out this jaw dropping propaganda video.

And every single year, politicians from both political parties continue to vote to give hundreds of millions of our tax dollars to Planned Parenthood.

Our politicians talk about how we need to spread our values to the rest of the world, but what kind of “values” do we really have when we have such little respect for human life?

There is no hope for America as long as this mass slaughter of innocent children continues to go on all across the United States.

Please share this list of facts about abortion in America with as many people as you can.  We need to wake the American people up.  Most Americans spend their days in an entertainment-induced haze and take very little time to think about the issues that really matter.

And if you think that the issue of abortion does not matter, then you are dead wrong.

The mass murder of more than 50 million American babies is something that cannot be ignored.

Their blood is crying out to us from the ground where it has been spilled.

Yes, this article is going to make a lot of people uncomfortable, but it is the truth.

Isn’t it time that someone started telling the truth in America?