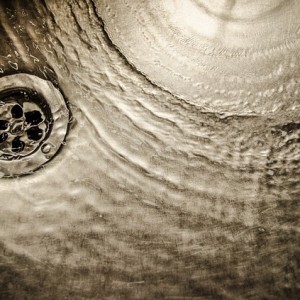 Do you wish that you had a better job?  If so, you are not alone.  In fact, there are millions upon millions of Americans that get up every day and go to a job that they wish that they could afford to quit.  Unfortunately, most Americans end up just desperately holding on to the jobs that they have because just about any job is valuable in this economic environment.  Over the past decade, the long-term trends that are destroying jobs in America have accelerated.  We have seen countless numbers of jobs shipped overseas, we have seen countless numbers of jobs replaced by technology, we have seen countless numbers of jobs taken by immigrants and we have seen countless numbers of jobs lost to the overall decline of the once great U.S. economy.  Unfortunately, even though we can all see this happening, our “leaders” have failed to come up with any solutions.  And since there are so many of us that are desperate for jobs these days, employers know that they don’t have to pay as much.  The balance of supply and demand in the employment marketplace has radically shifted in their favor.  So less workers are getting health insurance these days, less workers are getting retirement plans and once you adjust for inflation our paychecks have been getting smaller for years.  Needless to say, all of this is absolutely eviscerating the middle class.  The following are 17 facts that prove that the quality of jobs in America is going down the drain…

#1 A study conducted by the Center for College Affordability and Productivity is projecting that the number of college graduates that will be entering the workforce in the U.S. this decade will be nearly three times as high as the growth in the number of jobs that require at least a Bachelor’s degree.

#2 Only four of the twenty fastest growing occupations in America require a Bachelor’s degree or better.

#3 It is hard to believe, but in America today one out of every ten jobs is now filled by a temp agency.

#5 Approximately one out of every four part-time workers in America is living below the poverty line.

#6 One out of every three grocery store workers in the state of California is on some form of public assistance.

#7 Due to the decline in the quality of our jobs, income inequality in the United States has grown to frightening levels.  The following is an excerpt from a recent Politico editorial that was written by a very wealthy individual…

But the problem isn’t that we have inequality. Some inequality is intrinsic to any high-functioning capitalist economy. The problem is that inequality is at historically high levels and getting worse every day. Our country is rapidly becoming less a capitalist society and more a feudal society. Unless our policies change dramatically, the middle class will disappear, and we will be back to late 18th-century France. Before the revolution.

And so I have a message for my fellow filthy rich, for all of us who live in our gated bubble worlds: Wake up, people. It won’t last.

#9 In terms of median wealth per adult, the United States is now in just 19th place in the world.

#10 Our paychecks just keep getting smaller.  Median household income in the United States is about 7 percent lower than it was in the year 2000 after adjusting for inflation.

#11 During the last recession, the U.S. economy lost millions of middle class jobs.  But during this “recovery”, most of the jobs that have been “created” have been low paying jobs.  The following is from the New York Times…

#12 Due to a lack of decent jobs, half of all college graduates are still relying on their parents financially when they are two years out of school.

#13 According to one survey, 76 percent of all Americans are living paycheck to paycheck.

#15 One recent study discovered that all job growth in America since the year 2000 has gone to immigrants.

#16 Another recent study found that 47 percent of unemployed Americans have “completely given up” looking for a job.

#17 The plight of unemployed workers is likely going to continue to get even worse as technology replaces more of our low paying jobs.  For example, McDonald’s plans to experiment by replacing thousands of workers in Europe with touch screen terminals.  Will we soon see the same thing in America?

Almost all of us know someone that is working a low quality job.

Perhaps you find yourself stuck in such a situation.

And when you are slaving away day after day, week after week for next to nothing, it can really suck the life right out of you.

Ruben has worked as a cook at the Golden Corral restaurant chain for more than five years, and still only earns $8 per hour.

He has been living with his mother because he can’t afford a place on his own. But now she is about to move into an assisted living facility so he has no idea where he will go.

His job is in Maryland, so he takes the bus from D.C. every day. The last train home leaves at 11:24 p.m., so on nights when he works later than 11:30 p.m. he walks two hours home because he can’t afford a cab.

He says he’s scared to ask for a raise because he’s worried that they will let him go and find someone else willing to take the low wage.

Other Americans have found themselves dumped out of the middle class in recent years and forced to take just about anything that they can find.  A recent Huffington Post piece documented the plight of a formerly middle class couple named David and Barbara Ludwig…

In August 2008, factory workers David and Barbara Ludwig treated themselves to new cars—David a Dodge pickup, Barbara a sporty Mazda 3. With David making $22 an hour and Barbara $19, they could easily afford the payments.

A month later, Baldwin Hardware, a unit of Stanley Black & Decker, announced layoffs at the Reading plant where they both worked. David was unemployed for 20 months before finding a janitor job that paid $10 an hour, less than half his previous wage. Barbara hung on, but she, too, lost her shipping-dock job of 26 years as Black & Decker shifted production to Mexico. Now she cleans houses for $10 an hour while looking for something permanent.

They still have the cars. The other trappings of their middle-class lifestyle? In the rear-view mirror.

What are things like in your area of the country?