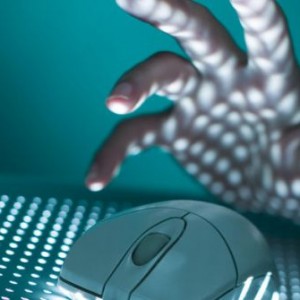 Much of the discussion about the rapid decline of the American Dream is typically focused on the economic collapse that we have been experiencing.  But that is only part of the story.  The truth is that one of the biggest reasons why the American Dream is coming to an end for so many people is because our nation has become morally rotten to the core.  America is no longer a nation full of good, solid, moral people that you can trust your children with.  Instead, America has now become a nation of self-centered, greedy, corrupt, wicked people most of which appear to be obsessed with lust, pleasure and entertainment.  The fundamental character of the people in the United States has changed.  We can all feel it.  We all know it on some level, although it can be hard to put that feeling into words.  But unless the moral rot that is plaguing our society is addressed, the solutions to all of our other problems will continue to evade us.

The following are 16 cold, hard facts that prove that America has now become a nation full of perverts….

#1) According to one major study, one out of every four married men in the United States confesses to having at least one extramarital affair.  That is just the men who will admit it.  Imagine how many others are having affairs but who are still trying to lie about it.  The truth is that marriage is one of the foundational institutions that society is built upon, but in America today it means next to nothing.

#2) A Focus on the Family survey found that 47% percent of American families said that pornography is a problem in their home.  That is not just a minor problem – that is a national epidemic.

#3) More than 70% of men in the United States between the ages of 18 and 34 visit at least one pornographic website in a typical month.  Yes, you read that correctly – 70 percent.

#4) 89 percent of all pornography is created in the United States.  11 percent is made in the rest of the world.  And yet we like to think of ourselves as so “moral” compared to the rest of the globe.

#5) Researchers conducting a major study at the University of Montreal recently launched a search for men who had never looked at pornography – but could not find a single one.

#6) Law enforcement officials estimate that about 600,000 Americans and 65,000 Canadians are trading dirty child pictures online.  They also say that the profits from creating and trading these images is approximately two to three billion dollars every single year.

#7) Young men in the United States are so addicted to sex and are so incredibly irresponsible that they are getting record numbers of young teen girls pregnant.  In fact, it was recently reported that 115 girls at one high school in Chicago alone either already have a baby or are pregnant right now.  That is absolutely mind blowing.

#8) Thanks to the moral depravity of our young American men, one out of every four teen girls in the United States now has an STD and more than 25 percent of the residents of New York City now have herpes.  Our moral sickness is spreading physical sickness all over the place and is placing a tremendous strain on our health care system.

#9) Last year, MySpace representatives and law enforcement officials worked in conjunction and were finally able to announce that approximately 90,000 sex offenders had been identified and removed from MySpace.  But doesn’t it disturb you that there were 90,000 known offenders running around on MySpace in the first place?

#10) Authorities estimate that there are well over 60 million survivors of childhood sexual abuse in the United States today.  Just think about that.  60 million Americans who were abused as kids.  That statistic alone proves that America is a nation just brimming with perverts.

#11) Today there are approximately 400,000 registered sex offenders in the United States.  Yes, that is correct.  400,000 of them.  In fact, there are websites out there where you can see how many of them live on your street.  You might just be surprised.

#12) Authorities also estimate that about 95% of all teenage prostitutes were sexually abused as children.  The abuse of children in the United States is a national tragedy and a national disgrace.

#14) One shocking survey revealed that American men are so completely addicted to pornography that a large number of them can’t even wait to get home to look at it.  The survey found that 25 percent of American employees that have Internet access visit pornography websites while they are at work.  Do you know what your employees are doing?

#15) The truth is that producing dirty pictures for Americans is very, very big business.  89 dollars is spent on pornography every single second of every single day in the United States.

After reading all of the facts listed above, is there any doubt that America has become a nation that is absolutely overflowing with sickos, weirdos and perverts?

The United States has become a place where you cannot let your children go out to play in the neighborhood without watching them like a hawk.

The United States has become a place where pedophiles and sexual predators roam neighborhoods and roam Internet chat rooms in increasingly large numbers.

The United States has become a place where looking at dirty pictures and movies on the Internet has become one of the most treasured forms of home entertainment.

Many people are scratching their heads and are wondering why the American Dream is falling apart.  Sure, the fact that the U.S. has piled up the biggest mountain of debt in the history of the world is a huge reason why it is happening.  But also the fact that we have become a nation full of perverts is another gigantic reason for our downfall.

The truth is that there is NO hope for the future of the United States if we continue to behave like this.  No nation can frolic in the moral toilet and be a great nation at the same time for long.  We are destroying our nation by what we have allowed ourselves to become.  We have become a nasty, disgusting nation and we desperately need to wake up. 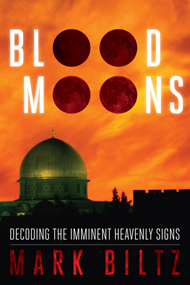