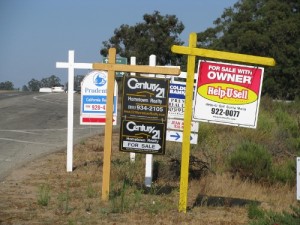 These are harrowing times for anyone trying to sell a home or for anyone who is trying to make a living in the housing industry.  But unfortunately, there are a whole lot of signs that things are about to get quite a bit worse.  U.S. home sales have hit record lows in recent months.  An increasing number of sellers have started to reduce their asking prices, and there are signs that home prices are already starting to slip substantially in many areas of the country.  Meanwhile, the inventory of unsold homes in the United States continues to rapidly increase. Home foreclosures and bank repossessions of homes continue to set all-time records.  What this all means is that the U.S. housing market is being absolutely flooded with homes for sale at a time when there are very few buyers.  There is way too much supply and not nearly enough demand and as a result home prices are being pressured downward.  The home buyer tax credits that the U.S. government was bribing home buyers with helped stabilize the U.S. housing market for a while, but now the tax credits have expired and things are getting scary out there.

In a previous article about this housing crisis, I detailed how there simply is not going to be a “recovery” in the U.S. housing market until there is a jobs recovery.  But at this point, even the most optimistic cheerleaders for the economy are admitting that unemployment is going to remain high for quite some time.

But if the American people do not have good jobs then they can’t buy homes.

So if a large segment of the population is struggling to even find a job and if a lot fewer people are getting approved for home loans, then where are all of the buyers going to come from to turn the U.S. housing market around?

The following are 15 bone chilling signs that part two of the double dip housing crash has begun….

#1 The percentage of home sellers who have decreased their asking prices at least once has gone up for three months in a row.

#2 According to Trulia.com, 26 percent of all homes currently on the market in the U.S. have experienced a price reduction at least once.

#3 According to Bloomberg, housing prices in the United States are likely to decline for another three years as 12 million more homes get put on the market.

#4 Total housing inventory available for sale in the United States increased 2.5 percent to 3.98 million in July, which represents a 12 and a half month supply at the current sales pace.  This is a stunningly high figure.

#5 According to Mark Fleming, chief economist for CoreLogic, 36 states experienced home price declines in July, twice the number in May and the highest number since last November when prices nationally were still declining.

#6 In July, sales of existing homes in the U.S. fell 27 percent and sales of new homes plummeted to the lowest level ever recorded.

#7 Fannie Mae, the biggest U.S. mortgage finance company, is now projecting that U.S. home sales will experience a 7 percent decline for the year.

#8 The Mortgage Bankers Association recently announced that demand for loans to purchase U.S. homes has sunk to a 13-year low.

#10 One out of every seven mortgages in the United States was either delinquent or in foreclosure during the first quarter of 2010.

#11 As of this March, U.S. banks had an inventory of 1.1 million foreclosed homes, which was a new all-time record and which was up 20 percent from one year ago.

#12 CNBC is reporting that the nation’s banks repossessed a record number of homes in August.

#13 According to Mark Zandi, the chief economist at Moody’s Analytics, approximately 2 million more homes will be repossessed by mortgage lenders by the end of 2011.

#14 As of June 30th, 23 percent of all residential mortgages in the United States were “underwater”.  In other words, as of the end of June 23 percent of Americans with a home mortgage owed more on their mortgages than their homes were worth.

#15 The head economist for Fannie Mae, Douglas Duncan, recently stated during a radio interview that seven million homes in the United States are either vacant or are in the foreclosure process.  That is one gigantic pile of homes.  How in the world is the U.S. housing market possibly going to find buyers for all of them? 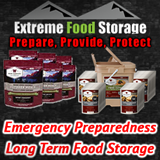