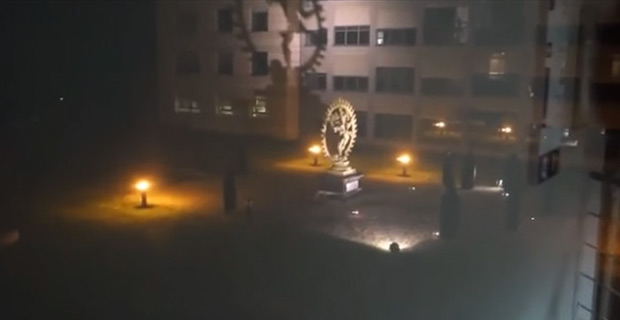 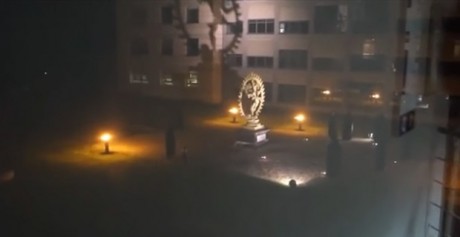 Have you seen the video of the “mock human sacrifice” that was conducted right outside the entrance of CERN? A spokeswoman for the European Organization for Nuclear Research (more commonly known as CERN) has told the public that this ritual happened without their permission and that they are looking into the matter. If this “occult ritual” was indeed some kind of “sick joke”, what was the motivation? This new video continues a long string of bizarre events related to CERN and the Large Hadron Collider that is housed there. Last month, I wrote about strange “portal-shaped clouds” that formed over CERN during recent experiments. And the the director of research at CERN, physicist Sergio Bertolucci, has publicly admitted in the past that the Large Hadron Collider could potentially open up a “door” to “an extra dimension”. There has been so much speculation about what is really going on there, and that makes this latest video that much more creepy. If you have not seen it yet, you can view it on YouTube right here…

There are so many unanswered questions about this video, but here are ten things that we do know at this point…

#1 There were eight people in black robes and one woman involved in this mock human sacrifice. The fact that the eight shrouded individuals were wearing black robes means that someone definitely wanted this to look like an occult ritual.

#2 This ritual was conducted directly next to the statue of the Hindu god Shiva that stands at the entrance to CERN. In Hindu lore, Shiva is the “god of destruction”, and this spot was obviously purposely chosen.

#3 During the ritual, a woman walks into the middle of the group, disrobes, and willingly lies on the ground.

#4 Subsequently, one of the individuals in black robes pulls out what looks like a knife and brings in down in a stabbing motion toward the woman. After that, the video quickly ends.

The video, shot from a window of a nearby building, is a “work of fiction showing a contrived scene,” officials said on Thursday.

“These scenes were filmed on our premises, but without official permission or knowledge,” a spokeswoman for the European Organization for Nuclear Research (CERN) told the AFP news agency.

#6 It appears that CERN may know exactly who was involved, because their spokeswoman told the press that CERN “welcomes every year thousands of scientific users from all over the world and sometimes some of them let their humor go too far” and that “those responsible for the prank had access badges”. If this is indeed the case, why keep their identities secret?

#8 The police in Geneva are aware of this incident but they are not involved in the investigation at this point.

#9 An argument in favor of this being a mock ritual is the fact that the video was almost too perfect. The figures in black robes walked into the courtyard just as the video started, and even though it was night they chose a spot that was well lit so the person filming the ritual could get some really good shots. And the video ends very abruptly, and so we never get to see if the woman that was “stabbed” ends up bleeding. So there are definitely some reasons to question the motives and authenticity of what took place.

#10 This incident has drawn even more attention to CERN, and the hype surrounding the Large Hadron Collider continues to grow. In fact, large particle colliders that open up “doors” or “stargates” to other dimensions are even showing up in toys for our children. The following comes from Mac Slavo…

By the way, has anyone else noticed that one of the most popular children’s toy at the moment is a Lego Dimensions set where you construct a CERN-style particle collider that opens up portals to other dimensions. Is your kid simulating contact with demons from other dimensions? 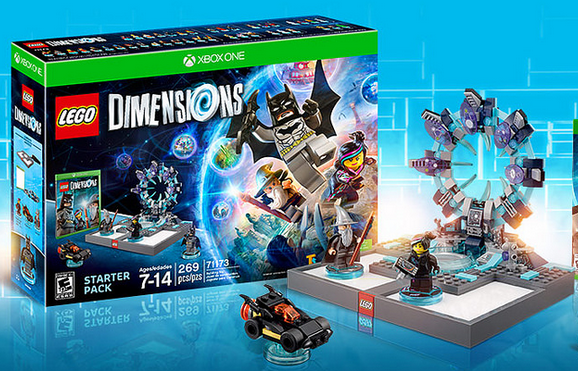 Probably you would assume that your kid is not, and that it is all just in good fun. Just like with the mock ritual above.

But on the other side of the argument, there is power in ritual, and danger in laughing off the presence of darkness as well as brazen attempts to invite in negative energies which science only has the most basic ideas about, and which religion and culture have warned to leave well alone.

In my new book, I discuss the darkness that is growing all over the planet, and these scientists may be dealing with forces that they simply do not understand and cannot control. They have admitted that they could potentially open up a “door” to another dimension and that they could send “something” through such a door or that “something” might come out of such a door.

In a previous article, I also noted that some believe that the geographic location of CERN even has a connection to the book of Revelation…

Now on top of all the speculation as to what CERN scientists are really attempting to do with their Large Hadron Collider, many observers could not help but notice that the town in France where CERN is partially situated is called “Saint-Genus-Poilly.” The name Pouilly comes from the Latin “Appolliacum” and it is believed that in Roman times a temple existed in honor of Apollo, and the people who lived there believed that it is a gateway to the underworld. It is interesting to note that CERN is built on the same spot.

Religious leaders – always suspicious of the aims of the scientific world – drew a connection to a verse straight out of Revelations (9:1-2, 11), which makes reference to the name ‘Apollyon.’ The verse states: “To him was given the key of the bottomless pit. And he opened the bottomless pit… And they had a kind over them, which is the angel of the bottomless pit, whose name in the Hebrew tongue is Abaddon, but in the Greek tongue hath his name Apollyon.”

In the end, I think that the occult ritual that was just filmed at CERN was probably fake.

But that doesn’t change the fact that some really creepy stuff is going on there, and someday a “door” may be opened up that will have very serious consequences for all of us.