Declaring that “we’ve come to take our government back”, Tea Party favorite Rand Paul, the son of U.S. Representative Ron Paul, soundly defeated Kentucky Secretary of State Trey Grayson in a Republican primary fight for the U.S. Senate seat held by retiring Republican Senator Jim Bunning.  He will now face Kentucky Attorney General Jack Conway, the winner of the Democratic primary, in the November election.  It is hard to understate just how important this victory is for the Tea Party movement.  The entire Republican establishment was behind Grayson and they tried desperately to get him enough support to win the primary.  But it did not work this time.  Usually when the Republican machine gets behind somebody, they have no problem winning a primary.  Could this be a signal that politics in America is changing?  Could this be a sign that the American people are so sick and tired of what is going on in Washington that they simply refuse to listen to the two big political machines (the Republicans and the Democrats) any longer?

Let’s hope this is the beginning of a huge change.  Posted below is video of Rand Paul’s remarks after his victory in Kentucky….

This victory by Rand Paul is certainly going to energize the Tea Party movement.  There were those who doubted that Paul would win even after he opened up a double-digit lead in the polls.  After all, who could go up against the Republican machine in a U.S. Senate primary and hope to win?

Things are changing in America.  Perhaps this is the start of something big.  It certainly shows that big things are possible now.

The following are ten reasons why the Rand Paul victory is so important not only to the Tea Party movement, but to America as a whole….

In the past, incumbents were an absolute lock to win their primaries.  If there was not an incumbent, the candidates with the backing of the political parties would invariably win.  But as this election season has shown us, that paradigm has fundamentally changed.

#2) It Proves That The Tea Party Can Win

#3) This Is A Big Statement For Financial Responsibility

For decades, both Republicans and Democrats in Washington D.C. have been busy piling up the biggest mountain of debt in the history of the world.  This is the legacy that we are going to leave to our children and to our grandchildren.  American voters are just about sick and tired of the financial mess in Washington, and Rand Paul’s victory shows that voters are ready to start backing candidates who are serious about cleaning up America’s financial mess.

For decades, both Republicans and Democrats have absolutely refused to hold the Federal Reserve accountable.  But that is also changing.  Rand Paul’s father, Ron Paul, has been trying to push a measure through Congress that would allow the U.S. government to audit the Federal Reserve.  This victory by Rand Paul is a big endorsement of that effort by the Republican voters in Kentucky.

Ever since the new “health care reform law” was passed, millions of Americans have been counting the days until it gets repealed.  It was truly one of the worst pieces of legislation in American history.  The American people simply do not want socialized medicine.  The American people do not want to pay huge new taxes to pay for government interference in the health care system.  If we can get enough good people into Congress and a good president in 2012, then perhaps we have a shot at overturning this thing.

The following is a statement by Rand Paul about abortion taken from his own website….

I am 100% pro life. I believe abortion is taking the life of an innocent human being.  I believe life begins at conception and it is the duty of our government to protect this life.

But unlike other “pro-life” politicians, Rand Paul actually means what he says.  Most Republicans sit back and do absolutely nothing about abortion.  In fact, Ron Paul introduced the Sanctity of Life bill year after year when George W. Bush was president and yet the Republicans refused to support it.

The following is an excerpt from an article by former presidential candidate Chuck Baldwin that describes how the rest of the Republicans continually refused to back the Sanctity of Life bill….

And, yet, each year, Congressman Ron Paul (R-TX) would introduce the Sanctity of Life bill. And each year, the bill would sit in the document room of the Capitol Building and gather dust. What would Rep. Paul’s bill do? Two things: (1) It would define unborn babies as persons under the law. (2) Under the authority of Article. III. Section. 2. of the US Constitution, it would remove abortion from the jurisdiction of the court. Had the “pro-life” Republican congress passed Dr. Paul’s bill, and the “pro-life” President, G. W. Bush, signed it into law, Roe v. Wade would have been effectively overturned.

The IMF and the World Health Organization have both come out recently and have stated that they want worldwide taxes to be implemented as soon as possible.  The head of the IMF also recently called for the creation of a global currency.  Well, the reality is that tens of millions of Americans do not want those things under any circumstances.  This victory by Rand Paul is further evidence of that.

#9) This Is A Huge Blow For The Global Warming Crowd

A significant percentage of the American population blindly follows the ominous pronouncements of Al Gore, the “eco-prophet”, who is trying to “save the environment” by viciously attacking carbon dioxide.  Now, anyone with an ounce of common sense knows that the idiocy spewed by Gore is a bunch of nonsense.  Rand Paul would be one of the few members of the U.S. Senate who would be willing to stand up and tell the truth that carbon dioxide is one of the fundamental building blocks of life on earth and that it is NOT causing global warming.

In recent years, both Republicans and Democrats have been far too eager to take away our freedoms in the name of “national security”.  But when they start snooping on everything that we do, when they start holding American citizens indefinitely without a trial, and when we have to let them look at our naked bodies before we can even get on an airplane things have gone way too far.  It is time that we had members of Congress that are willing to stand up for our Constitutional rights.

Let us hope that this victory by Rand Paul will embolden many more freedom-loving candidates to step forward.  Right now America is headed straight for disaster, and we desperately need good men and women to start standing up and taking action.

It is far better to light a candle in the darkness than it is to sit back and do nothing. 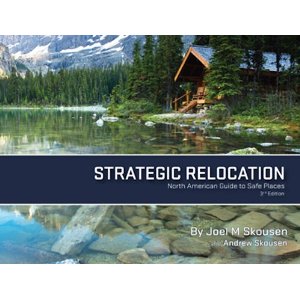