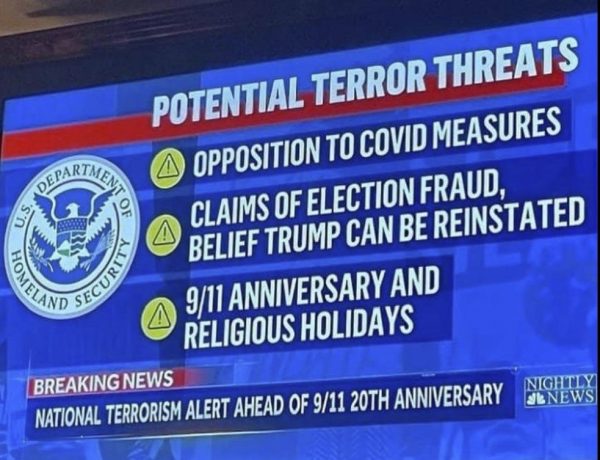 Are you a potential domestic terrorist?  You may not think so, but the Department of Homeland Security may see things quite differently.  A brand new terrorism advisory has just been issued, and some of the things that it identifies as “potential terror threats” should chill us to the core.  You see, the truth is that the definition of a “terrorist” is constantly evolving.  In the old days, a Middle Eastern male that dresses in traditional Islamic attire, that grows opium in his field and that carries around an AK-47 would have been considered a “potential terrorist” by U.S. authorities.  But now we have lost the war in Afghanistan and the Taliban are partying like it is 1999 in the presidential palace in Kabul.  As a result, our spooks need a new group of “potential terrorists” to send to Guantanamo Bay, and so they are setting their sights on you. (Read More...)